Op Ed: The Dangers of Rocky Flats Are Forgotten but Not Gone 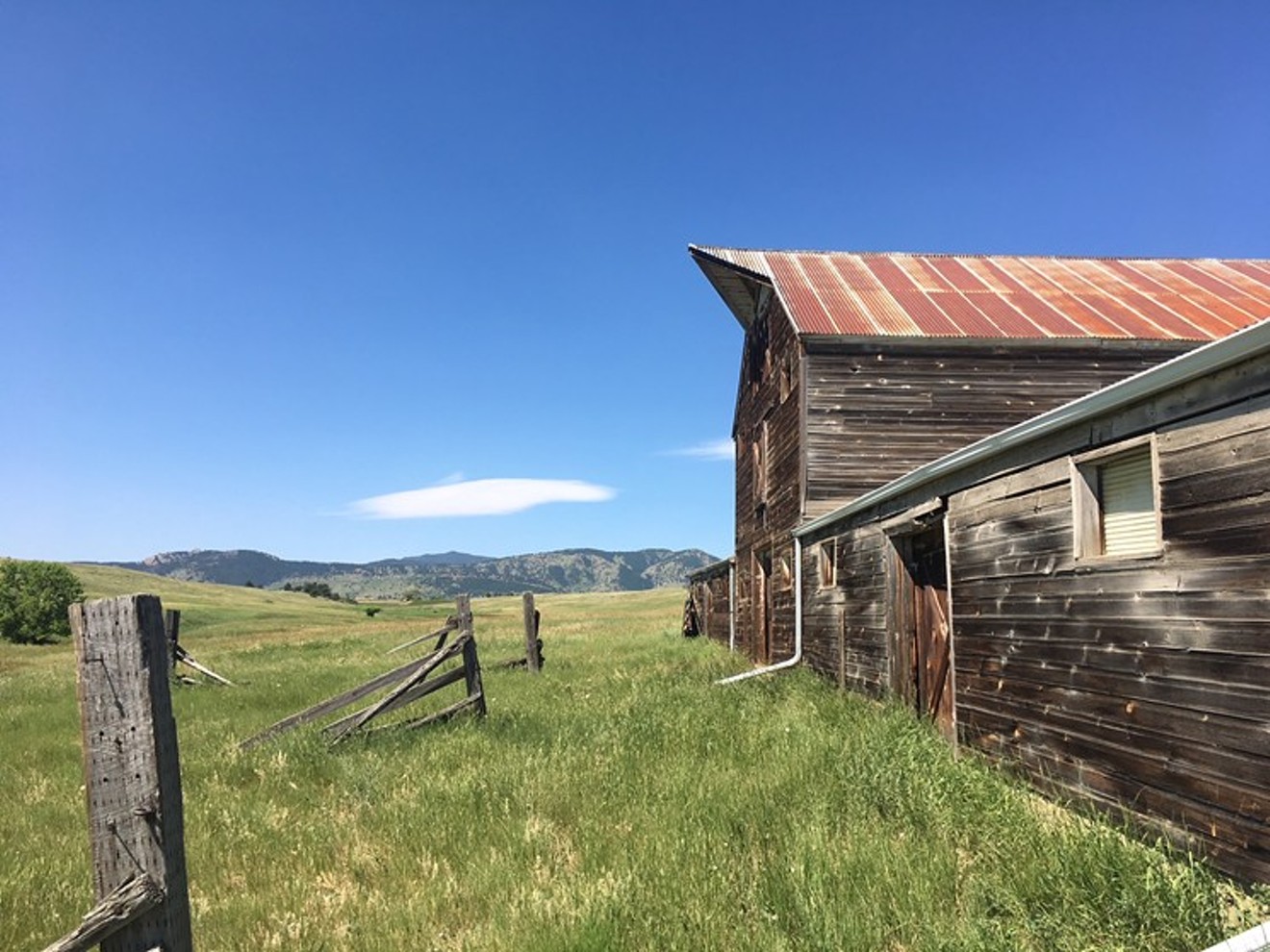 Rocky Flats today. Westword
I work in a library. One of my many duties is issuing library cards, and I issue a lot of them. A good number of the patrons asking for these cards reside in the 80007 zip code — an area just south of Rocky Flats, the northernmost portion of which extends into the buffer zone of the former nuclear weapons plant.

Most of the people living in this area — which consists largely of pricey new homes — are new to Colorado and know very little, if anything at all, about Rocky Flats. And they don’t want to know. But they really should have done their homework.

After nearly forty years of producing plutonium triggers for nuclear bombs, Rocky Flats was closed in 1992 after an endless series of fires, leaking storage containers and other accidents. At that time, it was said that Rocky Flats was likely to become a “national sacrifice zone” — a place so toxic it would never be fit for human habitation.

The Department of Energy projected it would take at least until 2065 (seventy years) and cost more than $40 million to marginally clean up Rocky Flats. U.S. Representative David Skaggs said that Rocky Flats would be a “problem for society that no society in history has ever had to deal with before. [H]ow do you build, maintain, and monument a site that is going to have to be clearly demarcated for generations to come beyond the scope of recorded history?”

Then in 2000, only a few years later, Kaiser-Hill was given a contract to complete the closure of Rocky Flats, agreeing to clean up the entire 6,245-acre site in less than six years on a budget of $4 billion.

Really? From “sacrifice zone” to “70-year marginal clean up” to “perfectly safe” in less than six years? How is this possible?

The cleanup of Rocky Flats was declared complete in 2006 and, even more astonishing, new homes in the Candelas development began to appear in 2012, immediately south of Rocky Flats, near the buffer zone. Now, despite continuing protest, the Deputy Secretary of the Interior has ruled that the Rocky Flats National Wildlife Refuge (the innocuous new name for the plant) is safe enough for visits by children on school field trips.

Rocky Flats through its cleanup.
colorado.gov
The efforts to hide the dirty secrets of Rocky Flats are nothing new, and neither is the willingness of people to ignore the truth in order to lead lives free of worry. Newbies to Colorado, many of whom have invested much to make major life changes, are the biggest naysayers, wearing blinders to avoid the unsettling truth about their new choice of residence.

On Facebook, for example, a woman new to Colorado posted a photo of herself standing before the grassy land that runs up to the foothills near Rocky Flats, her outstretched arm and cocked hip clearly saying, “Look at the paradise I’ve found. Aren’t you jealous?”

Unable to resist replying, I sent her a message telling her all about what went on at the base of those foothills, at a place called Rocky Flats, and a little about me and my family.

I told her that my paternal grandmother died of brain cancer. That my aunt died of rare liver cancer and my fifty-year-old cousin of uterine cancer. That my mom had symptoms of MS before contracting colon cancer and then dying of peritoneal cancer. That my dad suffers from prostate cancer, my sister from MS, and my brother from a string of undiagnosed illnesses. And that I’ve had three surgeries for thyroid cancer.

We all lived in the Broomfield area of the Front Range from the early ’60s onward, I told the woman. For more than twenty years, I said, we all drank water from the Great Western Reservoir, Broomfield’s plutonium-laden water supply, and began suffering our health problems in the mid- to late ’80s. And this is just one family, I told her. One little family out of tens of thousands of families, all of which can tell their version of the same horror story. (When the members of a family or multiple families within a community contract this much cancer, says my primary care doctor, the cause is nearly always environmental.)

"Oh, I know all about Rocky Flats,” said the Facebook woman. “Something similar happened back in Maryland. Several children from the same neighborhood got brain cancer. It was discovered that a paint manufacturer was dumping chemicals in the water. The families sued and won. Maybe you should sue.” 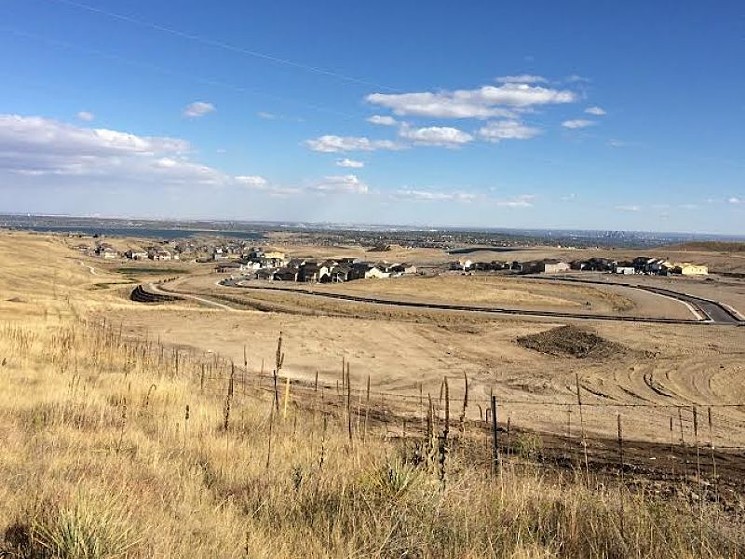 Houses are being built right up to the southern boundary of Rocky Flats.
Westword
Her reply clearly showed she knows nothing about Rocky Flats and doesn’t want to know. But her arrogance is typical of that of newbies to Colorado, especially those in the 80007 zip code, whose new homes cost between $500,000 and $1,000,000. They’ve been told and want to believe that everything is perfectly fine, and choose to think of us natives as reactionaries, exaggerators and even crazies.

But if Rocky Flats is so safe, why did an independent sample of soils east of Rocky Flats along Indiana Street in 2012 show plutonium contamination 100 times greater than allowable background levels? Why did a 2016 study led by Metropolitan State University of Denver find that those living downwind from Rocky Flats have unusually high rates of breast, thyroid, prostate, colon and rare cancers? And why do veterinarians in the Arvada-Westminster area report that dogs that frequent the Westminster Hills Dog Park — located just east of Rocky Flats and adjacent to the contaminated Great Western Reservoir — have abnormally high rates of bone and foot cancers?

More important, if Rocky Flats is so safe, why are home buyers immediately south of ground zero presented with advisory notices only at closing and told not to plant root-bound vegetables in gardens? One would think buyers would pay serious attention to such red flags, especially those buyers with young children, but arrogance often blunts good sense, preventing otherwise intelligent people from admitting they’ve made huge mistakes.

Yet this perceived snobbishness brings forth even greater sympathy for newbies who believe they’ve found Shangri-La but have instead stumbled into a toxic wonderland bounded by Rocky Flats on the west and the Rocky Mountain Arsenal on the east. People have moved out west for all sorts of reasons — to smoke pot, to relocate with employers, to make new starts and have better lives — but they should have done a little research before pulling up stakes, throwing all their resources into one basket, and blindly following the crowd to Colorado. 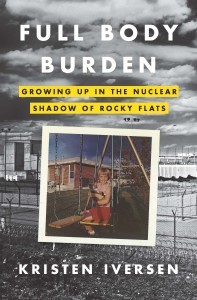 Crown Publishing
The fear of many is that in ten to fifteen years, we’ll be acting out our own version of the events seen in the film Erin Brockovich — the appearance of cancers and sicknesses and deaths all isolated to specific neighborhoods and areas close to Rocky Flats. But in this story, there won’t be a factory off in the distance to point fingers at. In our story, the “factory” was plowed underground — Building 771, its infinity room and residual contamination are still there — thus making it invisible and putting it out of mind by putting it out of sight.

“In less than a generation we have almost forgotten what happened at Rocky Flats, and why it must never happen again,” says Kristen Iversen in Full Body Burden, her landmark exposé/history of Rocky Flats. But is it any wonder we’ve lost sight of our recent past? The passage of time, especially decades, makes it easy to forget. And this forgetfulness is the very tool that governance and developers use to foist their desires upon us and achieve their ends — even if those desires and ends endanger the health of an entire population. Add to this the suppression of current, factual data and a consistent stream of misinformation, and it is not surprising that the people of Denver — especially new arrivals to Colorado — are in the dark about Rocky Flats.

So as I go about my work each day and issue library cards, I pray I won’t see those dreaded numbers and the happy, healthy human faces attached to them. No longer are 8, 0, 0, 0 and 7 the digits of a zip code. They are instead a warning sign of things to come — bad things. They are now, sadly enough, the mark carried by innocent, headstrong homeowners who have unwittingly mortgaged their families’ precious futures.

Ron Baxendale II is a Colorado native and longtime Broomfield resident who now lives in Westminster. Before working in a library, he taught and tutored college writers at Metropolitan State University of Denver.

Westword occasionally publishes op eds and essays on matters of interest to residents of metro Denver. Have one you'd like to submit? Send it to [email protected]
KEEP WESTWORD FREE... Since we started Westword, it has been defined as the free, independent voice of Denver, and we'd like to keep it that way. With local media under siege, it's more important than ever for us to rally support behind funding our local journalism. You can help by participating in our "I Support" program, allowing us to keep offering readers access to our incisive coverage of local news, food and culture with no paywalls.
Make a one-time donation today for as little as $1.