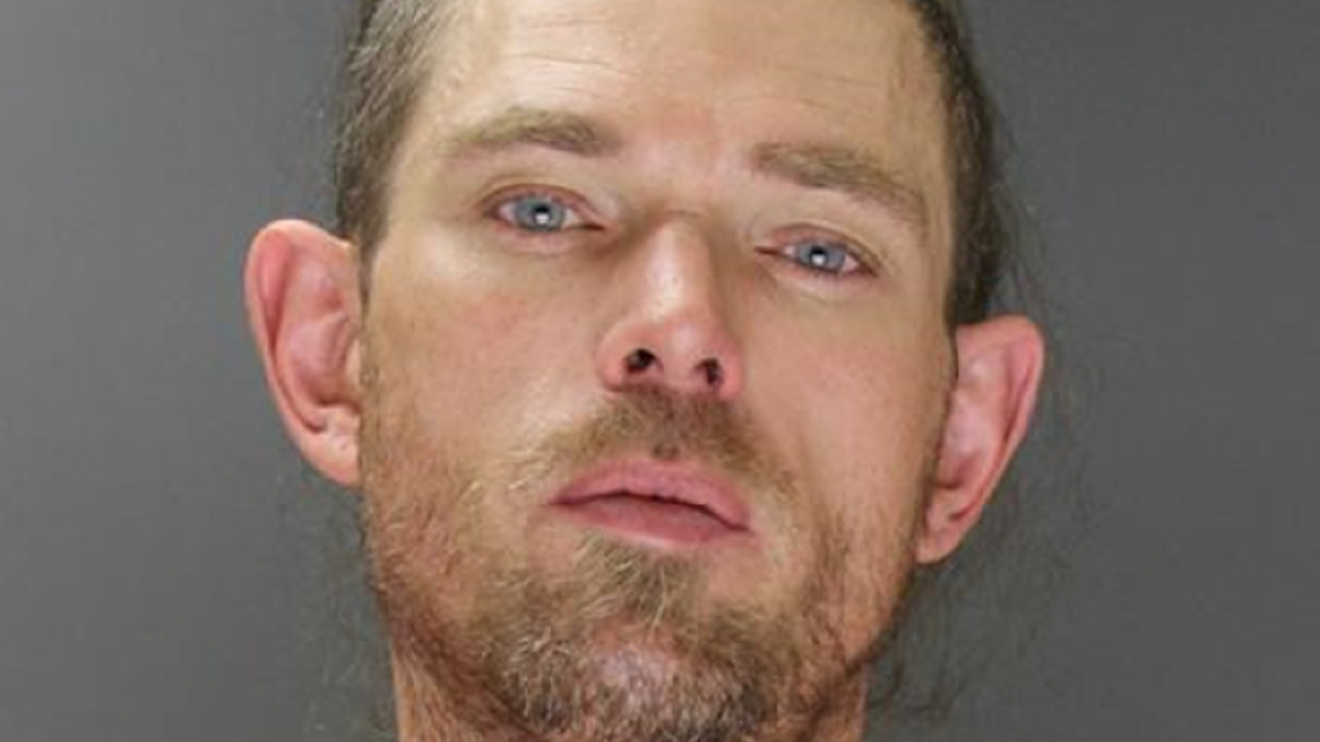 Richard Darling's booking photo. Aurora Police Department
On Halloween night of 2015, 34-year-old Richard Darling allegedly committed a truly horrific crime. He was accused of murdering an acquaintance, Rey Pesina, then dismembering and "filleting" his body before putting it in a barrel and setting it ablaze. More than two years later, Darling has been found guilty of first-degree murder, and in the wake of the verdict, the 18th Judicial District DA's office released his arrest affidavit, which offers shocking details of the circumstances that led to Pesina's death.

The entire document is accessible below. But according to the report, the killing and mutilating of Pesina took place over a six-hour period, from 4 to 10 p.m. on October 31 in a homeless encampment on the 1000 to 1200 block of north Interstate 225, beneath the overpass expansion bridge.

Warning: The details of the case may disturb some readers.

Upon their arrival at the scene, officers with the Aurora Police Department discovered a 55-gallon drum that appeared to contain human remains. The container was found not far from "a large area of bloodied grass, as well as human remains to include large chunks of skin and tissue, and a piece of tattooed skin, floating in the water," the affidavit states.

Among the key witnesses in the incident was Candace Chamberlain, who told investigators that she had been involved in an intimate relationship with Darling for around four days, shortly after breaking up with Pesina, her significant other for the previous six months. She said that on the day she met Darling, he got into a passionate disagreement with a drunken Pesina. Darling subsequently told Pesina to leave, and the second man did so, but not before threatening to return with friends and a gun. 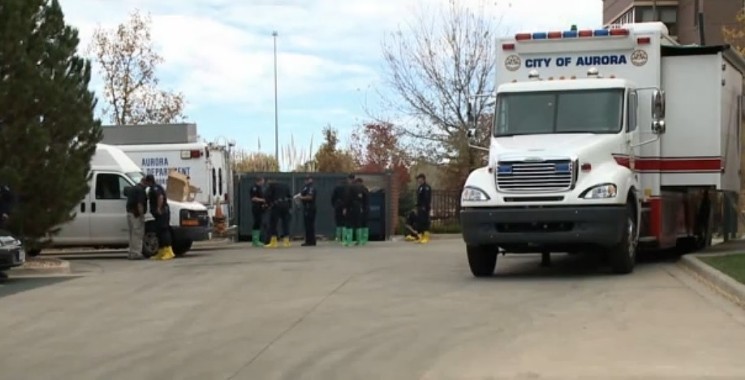 Aurora Police Department officers at the crime scene.
Fox31 file photo
Two days later, on October 30, Pesina was back. But this time he was sober, and the main items in his possession were some of Chamberlain's belongings, which he gave to her.

Pesina returned the next day, too, in the possession of Chamberlain's coat. This time, he's described as having been "highly intoxicated," and after pulling Chamberlain's hair, he accused Darling of having stolen "his girl." Chamberlain tried to prevent a physical altercation between the two men — and for her trouble, Pesina punched her in the mouth.

Chamberlain insisted that Darling was still calm at this point — and before long, Pesina stormed off amid more warnings; he said he'd return with pals and weapons to "burn the place down with everyone in it."

Between thirty and 45 minutes later, the report's narrative continues, Chamberlain saw Darling retrieve a rifle from his dwelling, take a "squatting type 'military stance'" and squeeze off between two and three shots. She didn't initially see his target, but upon following him, she came upon Pesina lying prone on the ground, where Darling bashed his wounded head several times with the stock of his rifle.

After urging Darling to stop, Chamberlain said she headed to a makeshift bathroom not far from where she and Darling were staying. When she looked back toward the underpass, she briefly saw Darling raising a hatchet over his head.

Investigators wore rubber boots as they investigated Pesina's murder.
Fox31 file photo
As for what he was doing, those details were provided by witness David Hinojos, who said Darling used the bladed tool to sever Pesina's right arm. He also punched holes in the 55-gallon drum with a hammer and collected wood pellets to start a fire. Other implements cops believe Darling used on Pesina's body included a knife and a machete. The Arapahoe County coroner's office later reported finding a skull with a projectile in the sinus area, a spine and a scapula, among other bones, inside the container.

Darling initially refused to speak to APD officers. But when he got to trial, the 18th Judicial DA's office says he claimed self-defense under Colorado's Make My Day law. He insisted that even though his campsite wasn't his legal property, he should have been afforded the same right to protect himself as "a homeowner defending their family from a burglar," the DA's office maintains.

The jury didn't buy that, and late last week, Darling was found guilty. Afterward, DA George Brauchler, a current candidate for Colorado Attorney General, released the following statement: "This was a cowardly
act of violence. The defendant shot the victim from a distance with a rifle. He and his taxpayer-funded lawyers had the temerity to claim that a little cardboard cubby that the defendant built under a bridge — a place where he lacked any legal right to reside at all — was a ‘dwelling’ and that Mr. Pesina was somehow trespassing, giving the defendant the right to cold-bloodedly shoot Mr. Pesina. Then, in Hannibal Lecter-esque fashion, he flensed and dismembered the victim. This absurdity of the killer’s defense was not lost on the Arapahoe County jury, who saw right through it."