Sign of the Times: Denver Bans Sharpies From City Buildings

Getty Images/Westword Photo Illustration
We can understand increased security at government buildings during these challenging times.

But while heading into the Wellington E. Webb Municipal Building last week, we discovered that another item had been added to the forbidden list: Sharpies.

Was the city worried that we might head into one of the elevators, take the cap off a permanent marker, inhale the fumes and go wild in a records office? Scrawl what we really thought of the parking referee’s refusal to void a ticket across the offending document? Get so irritated with the long wait for a building permit that we’d start taking down names?

Mark down none of the above. 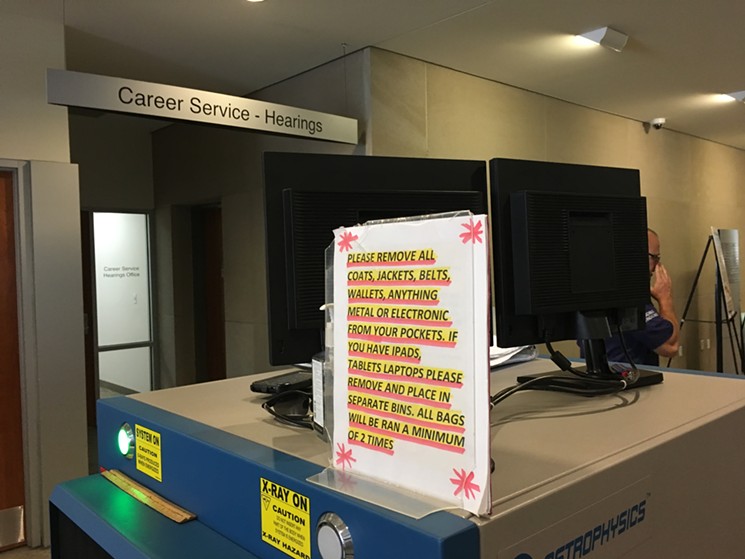 Looks like a Sharpie got as far as this sign...
Westword
“Sharpies are on the list of prohibited items in an effort to prevent vandalism to the interior of city buildings,” explains Jenna Espinoza, deputy communications director for the Office of Mayor Michael Hancock.

We know the city’s been on an endless campaign to wipe out graffiti and tagging on the outside of buildings (at the same time that street art is getting so mainstream it now decorates the sides of Natural Grocers stores and the big Blue Moon Brewing Company). Still, this policy is going to wreak havoc with the facilitator charged with filling a white board with big ideas at the city’s next brainstorming session.

And at the very least, someone should make a Sharpie correction to the last line in that security sign...