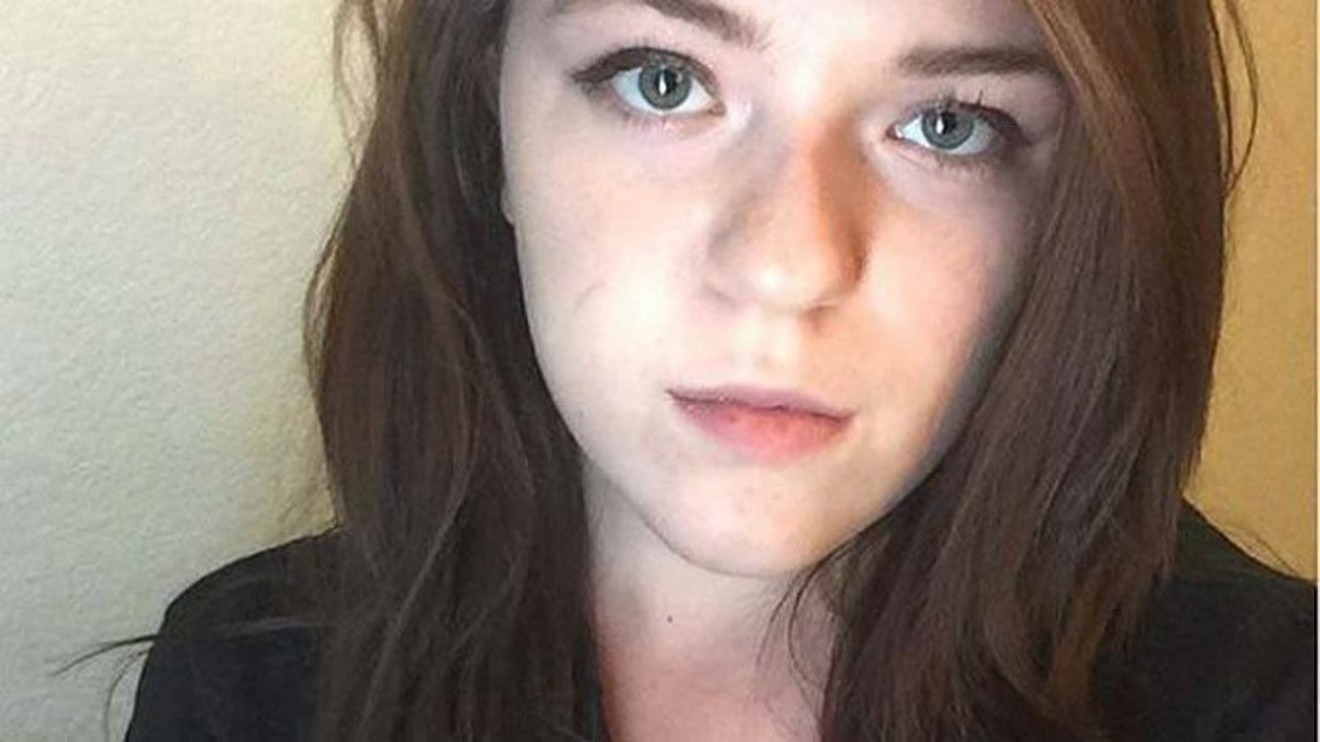 A Facebook photo of Sienna Johnson. Facebook
Update: Sienna Johnson has pleaded guilty to two charges, one juvenile and one adult, in relation to an alleged Columbine-style plot against Mountain Vista High School circa December 2015. Her sentence is similar to, but slightly longer than, the one meted out against Brooke Higgins, her accused co-conspirator, this past February.

According to the 18th Judicial District DA's office, which prosecuted the cases against both teens, Johnson referred to Higgins as "someone who's got what it takes" in her journal, adding that the two of them were capable of teaming up to become an "unstoppable" force that would "prove what we are capable of" by turning Mountain Vista into "a living fucking nightmare."

Surprisingly, Johnson's Weebly page remains online at this writing. Some may see its content, which includes journals and poetry, as evidence of ill intent. Others are apt to consider it to be the typical musings of a teenager with an artistic mindset who's trying to make sense of a tough upbringing.

Here's how she describes herself in a mini-biography on the site:


My name is Sienna Raine Johnson and I was born as a shocking premature baby of 3 months early. I was born October 30th, 1999 in Colorado after my older sister.

At the age of two, my parents divorced and my sister and I spent the majority of our time with our mom. We were constantly moving. We moved from Colorado to Pennsylvania to Florida to South Carolina and back to Colorado where I've grown up since 5th grade. I grew up with a lot of pain in the homes I've lived in but things took a turn for the better when I started to settle down in the home I lived in South Carolina. I was 5 when we moved there and it was a perfect life for the 3 of us. The family dynamic at my dad's changed suddenly when my dad married my step mom who had 2 kids of her own and that really hurt me. We would visit him in Colorado during the summers but overall my sister and I were living a good life for a kid. As a child I was extremely happy and creative all the time. I began drawing at age 6 and playing guitar and piano at age 7. I wrote stories a lot and never stopped talking, I was always full of energy. But my childhood turned sour when I was 9 as we packed up our life and moved to Colorado where our dad was.

After we moved, things were just really difficult. I was angry because I didn't have the "normal" family and I was always getting shuffled around between my mom's and dad's. At age 10 my dad gave me my first drum set to help me let out my frustration and express myself. Punk rock and hardcore music and art was the perfect expression for me. I spent all my time playing guitar, drumming, writing, and drawing and painting.

In 7th and 8th grade I won multiple awards for art and writing. I began getting rebellious though and got kicked out of my dad's house in 7th grade. I went to stay with my mom and still enjoyed rebelling and going against what I was told. I wanted to be independent and do things on my own. I invested most of my time and energy into writing, music, and art. That's all I wanted to do. Soon my mom couldn't handle me anymore and I was sent to live with my grandparents for 2 months. I went back to my mom's and still struggled. I was then sent to my dad's who I only stayed with for 1 week and back to my mom's. Finally, I ended up staying there with my mom and currently am staying with her. I still put all my time and energy into the things I enjoy most and hope to be the best I can be.

The concluding line of Johnson's essay contrasts with the accusations eventually pressed against her. 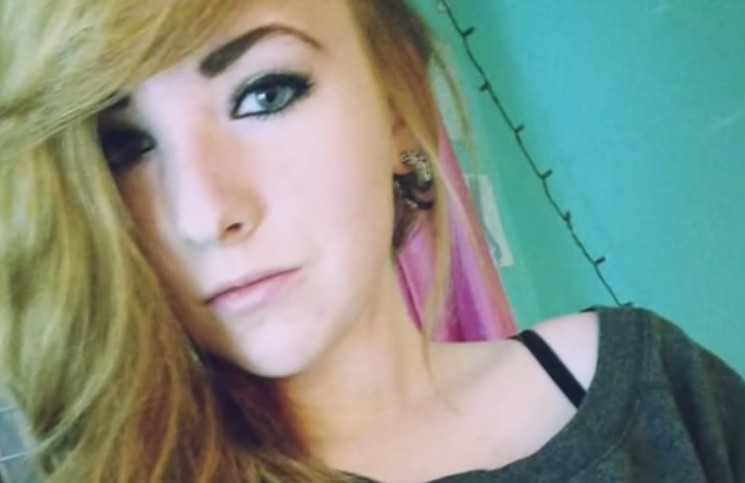 A Facebook photo of Brooke Higgins.
Facebook
Higgins's affidavit includes an interview with an individual whose name is blacked out in the document but is clearly Johnson. In it, the individual maintains that she made a map of the school after Higgins talked to her about shooting up Mountain Vista and emphasizing "she was not kidding."

Another friend of Higgins's told authorities (who'd first been alerted to the possible scheme via a text-a-tip service system set up post-Columbine) that Higgins Snapchatted comments such as "I'm gonna kill everyone here lol" and "I'm gonna shoot up the school." In addition, the friend maintained that Higgins communicated with her twice in one day on the topic of contacting a third person in order to get a gun.

Higgins is also said to have written that "she had wished she had done Columbine with Eric and Dylan, they were incredibly smart and everything in Eric's journal made sense to her."

In the beginning, the DA's office announced that Johnson and Higgins would be prosecuted as adults, beginning a year-long court fight. The battle effectively ended in December 2016, when Higgins agreed to plead guilty in what District Attorney George Brauchler told us was a first-of-a-kind deal for his office; a charge of conspiracy to commit murder went through adult court, while a count of solicitation to commit murder was processed under the juvenile system.

Brauchler said the adult-court component ensured that details about what happened would be publicly available; had both accusations been adjudicated in juvenile court, the case would have been sealed. In addition, the agreement guaranteed that Higgins would receive four years of supervised probation as an adult after she served a three-year Division of Youth Corrections sentence. "We wanted the public to have the information," he maintained, "but we also wanted to maximize the amount of time that the community would be protected from her. So we used the tools that we have in a way we've never done before."

The agreement with Johnson is similar, but as 7News notes, the punishment is a bit heavier. Whereas Higgins got three years in Youth Corrections, she was credited with 409 days served. Johnson got five years and received no credit for the time she's already spent in stir. But both will serve four years of adult probation.

The two young women should be back on the streets by the time they're in their early twenties, after going through a labyrinthine process that echoes with the legacy of Columbine.