Sheriff on Stan Collins Make-My-Day Shooting: Nothing to See Here 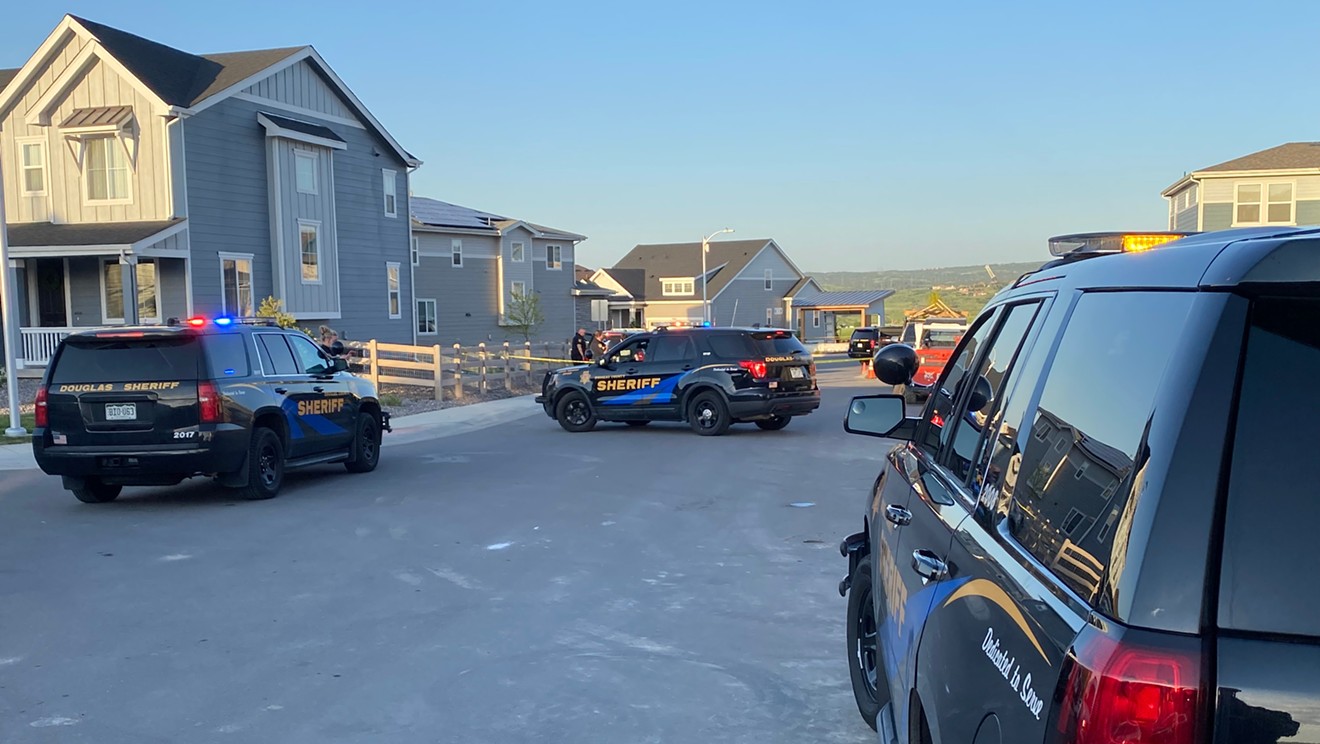 "While this is still an open investigation and a few more interviews need to be conducted," the DCSO tweeted on June 13, "it appears to be an incident of self-defense."

At around 6:15 p.m. on Saturday, June 12, according to the sheriff's office, dispatchers received a call from a home on the 9000 block of Fraser River Street, in the Littleton subdivision of Sterling Ranch. The person who phoned "stated that a male had entered the home with a gun," the DCSO noted. What deputies found there prompted a death investigation.

A Dougco rep subsequently identified the deceased man as Collins. The name of the "other involved party" wasn't shared, "but we can say that this person did live inside the home," the department tweeted, stressing that while Collins wasn't a resident, "all parties involved were known to each other."

A primer on Colorado's Make My Day law from Miller Leonard PC helps parse the legalese. "The resident who used lethal force against an intruder must have some cause to believe that the intruder was going to harm someone in the house," the guide notes, explaining that the law doesn't apply if "you shoot someone who is being shady in your backyard." If you do, you "can be charged with homicide," since "Colorado's Make My Day law only applies to intruders who are within the walls of your home."

That's why Keith Hammock, who shot two teens trying to steal plants from his backyard marijuana grow in 2016, was prosecuted and ultimately convicted of second-degree murder. And it explains the legal jeopardy faced by Brice Fitch, who went from being a victim to an accused party in 2019.

At 4:10 a.m. on April 19 of that year, according to an arrest affidavit in the case, DPD personnel responded to 367 South Jasmine Street on a report of an attempted motor-vehicle theft and shots fired. At the address, they found Fitch, who told investigators that he'd heard a rustling sound while letting his dogs into the backyard. That's when he noticed that the door to his black, late-model Dodge Charger was open and the interior lights were on. He subsequently retrieved his AR-15 and opened fire as a man and woman attempted to enter the car — accidentally, he claimed, though he purposefully squeezed off two more rounds as the Charger sped away. Later that night, the vehicle was found in Aurora with 26-year-old Guillermo Medrano-Sandoval dead inside. Fitch was subsequently charged with first-degree murder, but no trial has taken place — a common delay in light of the COVID-19 pandemic.

And then there's the strange story of Scott Gudmundsen, who was arrested in Loveland on June 11, 2020, after reportedly holding two men at gunpoint because he thought they were anti-fascist thugs. Instead, they were salesmen who'd come onto his property to pitch roof repair — and because one of the pair, Barry Wesley, also played football for Colorado State University, he got a chance to tell his story to Sports Illustrated in August. According to Wesley, Gudmundsen ran toward him and his partner clad in body armor and camo and shouted, "Police! Get on the fucking ground or I'll kill you!" After Wesley complied, he said Gudmundsen put a knee on his neck — in a move similar to what had been done to George Floyd almost three months earlier — and pressed the muzzle of a gun to his head.

Yes, Wesley is Black. In March, Gudmundsen pleaded guilty to felony menacing, and last month, he was sentenced to four years of probation.

The Littleton resident whose actions resulted in the Saturday fatality looks likely to avoid punishment entirely — and if that's the case, the public may never know the circumstances of Collins's death.
KEEP WESTWORD FREE... Since we started Westword, it has been defined as the free, independent voice of Denver, and we'd like to keep it that way. With local media under siege, it's more important than ever for us to rally support behind funding our local journalism. You can help by participating in our "I Support" program, allowing us to keep offering readers access to our incisive coverage of local news, food and culture with no paywalls.
Make a one-time donation today for as little as $1.