Denver Vision Zero Kenzie Bruce
In 2022, 745 people died on Colorado’s roads, the most since 1981. For every death, there were approximately five serious injuries — all part of the grim picture facing state regulators who want to turn 745 into zero.

“These are loved ones, these are friends, these are neighbors,” Colonel Matthew Packard of the Colorado State Patrol said at a January 23 press conference. “They’re family members — cousins and aunts and sons and daughters — members of our community. With a number that large, that staggering, it's impossible to think of a community that hasn't been affected by one of these crashes in the last year.”

“Although the data points are a pretty dismal picture of what is happening, I have great confidence we can reverse the trend of traffic deaths on Colorado roads,” said Keith Stefanik, deputy chief engineer for the Colorado Department of Transportation.

The Advancing Transportation Safety Program, or ATSP, has four emphasis areas, all with the goal of reaching zero fatalities on the state’s roadways. Each emphasis area contributes to building an overarching safety culture in the state.

The first emphasis area is Safe Driving, which will employ strategies to decrease dangerous driving behaviors that lead to crashes.

“If we create a positive safety culture on our roads, that will go a long way in helping us reach our goal of zero fatalities,” Stefanik said.

CDOT plans to award over $10 million from the National Highway Traffic and Traffic Safety Administration to partners for awareness efforts to be conducted by local law enforcement around impaired driving, distracted driving and wearing a seat belt.

According to CDOT, the majority of vehicle occupants killed in Colorado crashes in 2022 were unbuckled, and seat belt use in the state sits at 87 percent. The national average is 90 percent.

The majority of vehicle occupants killed in crashes in 2022 were unbuckled, and seat belt use in the state sits at 87 percent. The national average is 90 percent.
CBS4 via YouTube


Adding to the problem, impaired and distracted driving is on the rise. Packard said the CSP saw a 51 percent increase in crashes involving cannabis use in 2022, although alcohol is still the most common substance, the state patrol finds.

There were 278 impaired-driving deaths in 2022, with 25 percent of those drivers having more than one substance in their blood, most often alcohol and cannabis in combination.

“I cannot imagine a more selfish decision that’s made than to drive impaired,” Packard said. “If you're drunk, or impaired, or high, or on some substance, just don't get behind the wheel. There are so many safer and better options.”

Stefanik shared that the state has also seen more drivers speeding, carelessly or recklessly driving, and driving distracted, so a large component of the ATSP will be educating drivers to try to limit those behaviors.

The second emphasis area of the program is Safe People, which addresses the safety of pedestrians, motorcyclists and bicyclists. The state saw the most fatalities in 2022 for those users since 1975, with 36 percent of the people killed on the road falling in that category.

CDOT’s Revitalizing Main Streets program works to improve pedestrian and bicycle safety in the state by awarding grants to communities and local governments for projects addressing those issues, and the agency is also expanding its regional Bustang service because mass transit is the safest mode of ground transportation, according to Stefanik.

“We realize people are prone to making mistakes,” Stefanik said. “That is why we engineer roads to accommodate those mistakes.”

Accommodations include roundabouts, rumble strips and improved striping. CDOT is also examining how it sets speed limits and improvements that may be needed — such as changing the height of guardrails — because cars have gotten taller and heavier over the years.

If those guardrails are needed, that would trigger the Post-Crash Care emphasis area of the program, which works toward fast and effective emergency response. Patrick Chavez, coordinator of CDOT’s statewide Traffic Incident Management Program, said the department is committed to reducing response time for emergency services. In addition, it wants to improve how quickly roadways are cleared after crashes.

If a crash isn’t cleared after 36 minutes, a secondary crash is likely to occur, and those crashes are often more serious than the initial incident, Chavez added.

“By increasing the effectiveness of post-crash care, we are actively working to decrease fatalities and congestion on the road,” he said. “By making post-crash care more effective, we decrease the time that emergency services and responders are on-scene and at-risk.” 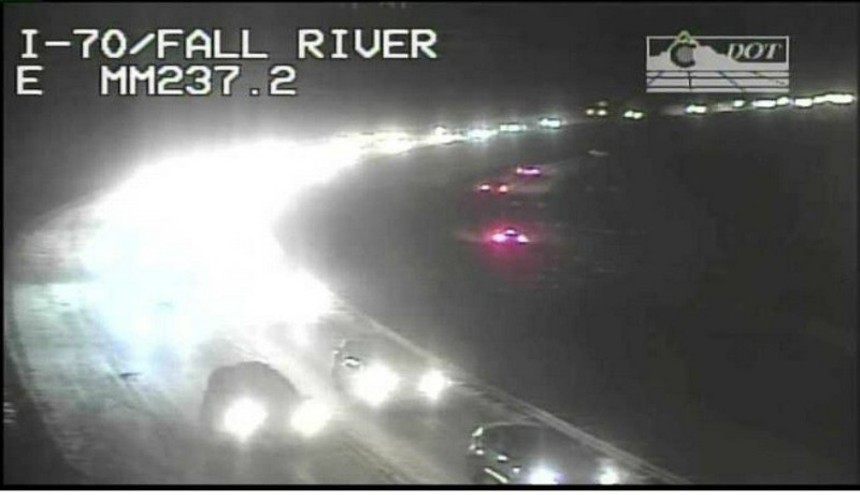 Colorado has seen more drivers speeding, carelessly or recklessly driving and driving distracted, so a large component of the new Advancing Transportation Safety Program will be educating drivers to try to limit those behaviors.
Colorado Department of Transportation


CDOT plans to work collaboratively with state agencies, local law enforcement, community groups and municipalities as part of the program. The ATSP shares many characteristics with Denver’s Vision Zero, which aims for zero traffic deaths and serious injuries by 2030.

Safe Streets and Culture of Safety, in particular, encompass many of the same goals as the state program, with the aim of improving safety through better road engineering and increased driver awareness of risky behavior.

“Safer streets and lower speeds will go a long way toward eliminating traffic deaths in Denver,” the Vision Zero Action Plan says. “However, we all — Denverites and visitors — must also contribute by making safe transportation decisions. Street design cannot prevent someone from driving under the influence or while distracted, or force them to buckle in themselves or their child.”

Denver’s Process and Collaboration goal focuses on increased collaboration across city departments, but CDOT has also already been part of that collaboration, working with the city on road improvement projects related to Vision Zero and as a partner on the initiative.

The goal of the program is to build a statewide network to improve collaboration and transportation safety, Bhat says. To that end, each emphasis area will be built out by stakeholders.

“Collaboration between states, cities and the federal government leads to better coordination and implementation of strategies, greater capacity and resource sharing, and the ability to leverage successful programs to reduce the number of traffic fatalities and serious injuries,” Bhat says.

A cohesive strategy may seem like a good thing, but the similarities in the two plans could be discouraging in light of the fact that in Vision Zero’s seven-year existence, the number of traffic deaths in the city hasn’t decreased. In 2022, there were 82 fatalities — two fewer than in 2021, but higher than any other previous year during the program’s tenure.

Still, Colorado officials are hopeful that with collaboration, the state, and the cities in it, can improve.

“This has to be a Colorado-wide decision to take back our roads and to drive this number back down so that fewer people, fewer families, fewer communities, lose loved ones,” Packard said.
KEEP WESTWORD FREE... Since we started Westword, it has been defined as the free, independent voice of Denver, and we'd like to keep it that way. With local media under siege, it's more important than ever for us to rally support behind funding our local journalism. You can help by participating in our "I Support" program, allowing us to keep offering readers access to our incisive coverage of local news, food and culture with no paywalls.
Make a one-time donation today for as little as $1.