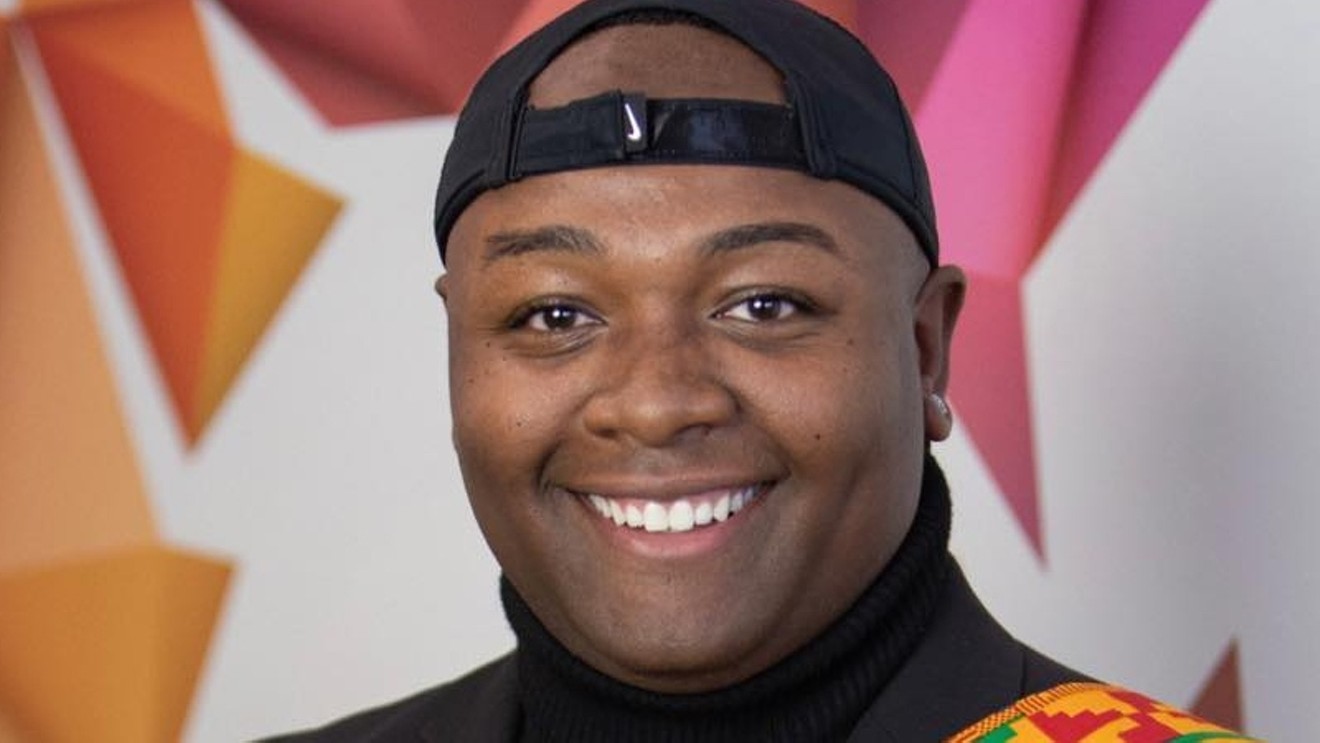 A portrait of Tay Anderson. @TayAndersonCO
Tay Anderson, Board of Education vice president for Denver Public Schools, has been a magnet for controversy since he first ran for the office in 2017 at the age of nineteen; he was elected two years later.

The latest dustup involves an email Anderson recently shared on Twitter that suggested he hadn't been strong enough to kill himself after he'd acknowledged suicidal thoughts following accusations of sexual impropriety against him. In September 2021, a report commissioned by the board failed to substantiate the most serious charges but chided Anderson for poor social media etiquette.

So, too, does Nicky Yollick, the spokesperson and public face of an organization called Denver Parents 4 Safe Students, which was identified by Anderson as the note's sender. Yollick, who unsuccessfully ran for a position on the DPS board last year, denies that the group had anything to do with the email and brands it "completely falsified."

In the introduction to his tweet sent early September 24, Anderson wrote: "There's a group of folks being led by a former candidate for the DPS board (2021 election At-Large) passing out slanderous flyers about me and recently they identified themselves as I battled through a mental health crisis. I would've never thought they would stoop this low."

The accompanying email includes the Denver Parents 4 Safe Students name and email address, and under the subject line "Your career is OVER!," it reads: "We're going to end your fucking career since you were too weak to end your own life. We have hit every neighborhood in Denver and the majority agree with us!" 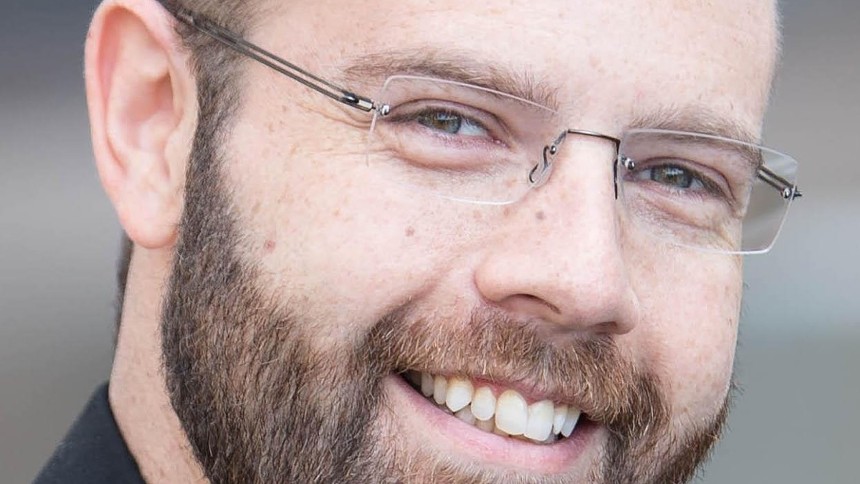 Nicky Yollick ran for the Denver Public Schools board last year.
Nicky Yollick for Denver's Kids
Anderson provided the original email to Westword, which was sent to his personal website. And while he concedes that someone unaffiliated with Yollick's collective could be responsible for the note, "They've done enough to make that a reasonable assumption," he contends. "Nicky Yollick has publicly stated that Denver parents are going to rise up against me, so I'm not convinced this was a spoof. I just believe they got caught and now they're trying to dodge responsibility."

Yollick, who claims to have been assaulted by two of Anderson's supporters last month (but doesn't point a finger at him personally), calls this assertion "a laughably inappropriate thing for him to say. Honestly, it's hard for me to even know where to begin with that. But the email is nothing that I or anyone involved with Denver Parents 4 Safe Students would ever send to anyone. It's completely unacceptable to suggest that another human being should end their own life."

Denver Parents 4 Safe Students consists of around ten families, Yollick says, and while he acknowledges that he is not a parent, he stresses that most of the other members have children. Over the past few months, he continues, he and his compatriots have passed out fliers focusing on Anderson at various locations in the city. The first version was "a big text mess," Yollick concedes, so it was redesigned.

Here's the latest variation, which includes excerpts from previous Westword coverage, as well as items from the Denver Post and the 2021 report, conducted by the Investigations Law Group (ILG).

Denver Parents 4 Safe Students
On top of leaving fliers at residences, Yollick and others have distributed them outside public events at which Anderson appeared — most notably a series of town halls on July 30. Group members were asked to stop doing so at a local recreation center, and while Yollick says they cleared out as requested, "I feel that my First Amendment rights were violated, and I'm speaking with some folks about how to move forward on that issue."

Yollick also confirms that he was putting out fliers near Brother Jeff's Cultural Center before another Anderson appearance on July 30 when its proprietor, Brother Jeff Fard, emerged from the site and began taking video of him. His reaction was to do the same to Fard before leaving.

That day, Anderson says, "my team decided to take down the fliers at the request of community members, because they were sickened by the contents." This last contention is underscored by an entire folder of emails, text messages and other communication from disgruntled flier recipients that Anderson sent to Westword.

Regarding the content of the fliers, he admits that "I may have had shortcomings as an individual, but I owned them, and I never committed an act of sexual assault. So they're putting a narrative out into the community that this Black man on the Denver school board is to be feared, which is reckless and continues this notion of anti-Blackness.

"This kind of slanderous behavior and retaliation against an elected official is a crime in Colorado," he continues. "I'm pursuing all legal options, because this is ridiculous."

Although Anderson is running for reelection next year, Yollick says the fliers "have nothing to do with that. This is about accountability in the moment and letting DPS students know who has access to their kids. I can't tell you what the future holds, but we'll continue to distribute the fliers, because they seem to have a positive impact on spreading the word about the extraordinarily shameful things director Anderson has done."

One more thing: Yollick says that "to this moment, the email address he tweeted" — [email protected] — "has never sent an email to anybody." But if others are interested in joining the group's crusade, he encourages them to use it.

In Anderson's view, the organization's attacks "are having the opposite effect," he says. "I've had people reach out and say, 'I believe this is a Republican tactic,' or 'This is disgusting. You may not have had my support from the beginning, but I can tell this is a smear campaign, and you've got my support now.'"
KEEP WESTWORD FREE... Since we started Westword, it has been defined as the free, independent voice of Denver, and we'd like to keep it that way. With local media under siege, it's more important than ever for us to rally support behind funding our local journalism. You can help by participating in our "I Support" program, allowing us to keep offering readers access to our incisive coverage of local news, food and culture with no paywalls.
Make a one-time donation today for as little as $1.