Ten Ways Colorado Is Better for Retirement Than Florida Old age: when golf starts to seem important. Daniel Oines at Flickr
The financial website WalletHub recently released its 2018 list of the Best & Worst States to Retire…and Colorado ranked right up there, as number two. Top honors went to Florida.

What does the Sunshine State have that Colorado doesn’t, besides sandy beaches, Disney World and the Golden Girls? Less than you think.

Colorado has a lot going for it, even for retirees. That’s right, Wallethub. There are at least ten factors that you failed to take into account that would have easily vaulted us into the number-one spot. Put in your hearing aids, and listen up. The sun is hot. The sun is not a place where we could live.
Teague Bohlen
10. More Sun
You might have heard a little something about Colorado boasting 300-plus days of sunshine? Yeah, that was actually crap. Colorado has only about half that; according to the National Climatic Data Center, Colorado has 136 days of clear and sunny weather per year, while Florida only gets about 101. Soak up that vitamin D, folks, but don’t forget the sunscreen. Novelty visors that say “Life Begins at Retirement” optional. CSI Miami wouldn't have been the same without white stucco.
Teague Bohlen
9. A Lot Less Stucco
If you’ve ever lived in California or anywhere in the Southwest (and chances that this is the case are decent if you now live in Denver as a transplant), you’re all too familiar with stucco. It’s cheap, it’s relatively easily replaceable, and it’s the primary construction element of what passes for Florida architecture. Every house is stucco, and every neighborhood chooses its shade of beige with which to paint said stucco. It’s soul-killing, but so economical. 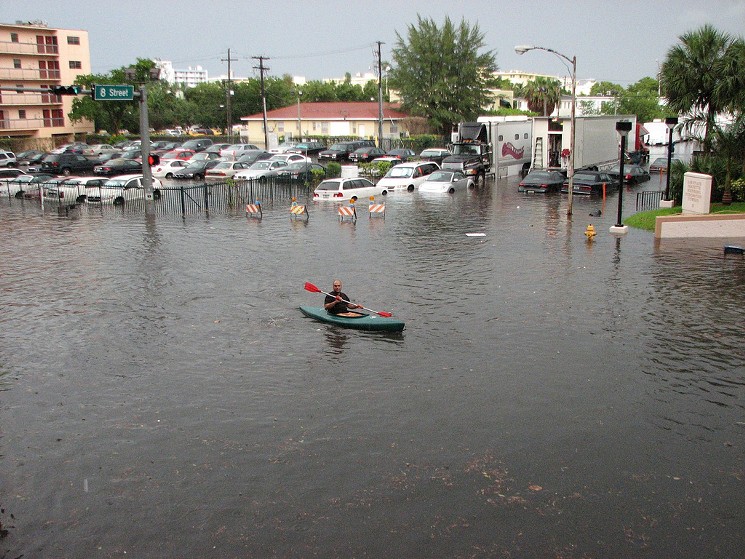 I only kayak ironically.
maxstrs at Flickr
8. Flooding
Colorado has had its share of floods (and other disasters), but those were epic-level events. (We call them hundred-year-floods for a reason.) Florida's coastline, on the other hand, will flood — and it’s not a question of if, but when. The reason that people move to Florida is, by and large, the water and the beaches. But living by the water and the beaches means flood risk. And anywhere that’s worth living in Florida is by a beach. Not so for Colorado, especially Denver. Water goes downhill, which means Kansas had better keep an eye on its basements. 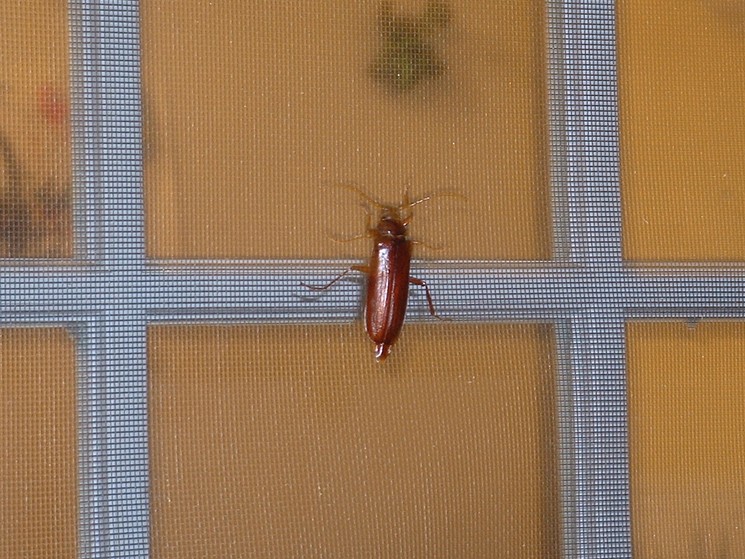 Hello? Yeah, I'm here to fix the sink?
annszyp at Flickr
7. Roaches
Big honking roaches. It’s like the apocalypse, except you’re still trying to keep your clothes clean and you’re not scavenging for canned goods. You can call them palmetto bugs, Florida, but a roach by any other name still squicks everyone out.


6. Politics
Florida’s politics are seriously effed up, and have been for a long time, at least since the 2000 elections. Colorado is a nice, complex purple. We may not agree on everything, but we’re thinking about things. We’re considering stuff. We try new things, like legalized marijuana, and we don’t like crazy shit like hanging chads or supporting Trump for president. Not as a state, anyway. And Marco Rubio? Show us your hands again, Marco. 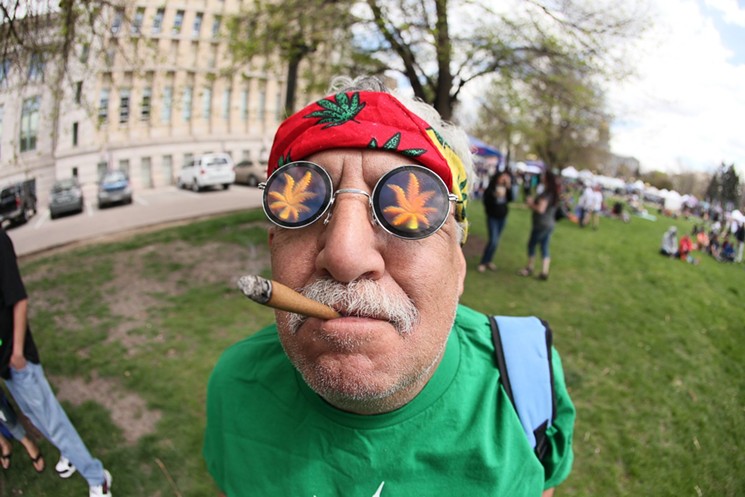 Grandpa, read me a story.
Brandon Marshall
5. Pot
There’s a reason that medical marijuana was the foot in the door for the recreational stuff — because it works, and it’s important. And people from all over the world have discovered that THC is solid help for a lot of conditions that mainly affect the elderly. Reducing the hassle required to get some marijuana for your vape so that you reduce pain or help make a condition a little less awful? Priceless.