An overhead look at Holly Square from the website devoted to the new documentary film entitled The Holly. thehollyfilm.com
The past week has been a chance for journalist turned filmmaker Julian Rubinstein to finally catch his breath. But resting easy isn't on his agenda.

On May 12, Rubinstein finished THE HOLLY, a documentary he wrote and directed that's based on his acclaimed 2021 book of the same name — just in time for a press screening scheduled for May 18, and its official debut at the Mountainfilm festival in Telluride on May 28.

"I feel amazed that I managed to do it," Rubinstein admits. "It was such a huge undertaking for so long. To be done with the book and done with the film, I can't even believe it. I literally haven't realized it yet."

In many ways, though, THE HOLLY's journey is only beginning. Just a few weeks earlier, Adam McKay, who won a Best Adapted Screenplay Academy Award for 2016's The Big Short and scored multiple Oscar nominations for 2021's Don't Look Up (which also earned a nod for Denver-based journalist David Sirota), signed on as an executive producer; McKay's production company, Hyperobject Industries, has committed to shopping the documentary to studios with an eye toward a wide release.

THE HOLLY is very much a Denver tale. The narrative revolves around Terrance Roberts, a former gang leader who became a community activist after his release from prison. But his involvement in the redevelopment of Holly Square, which Rubinstein describes as one of the city's civil rights landmarks, was derailed in 2013 after he shot Hasan Jones, a young gang member, at his own peace rally.

Rubinstein's reporting goes well beyond the fate of Roberts, who was found not guilty of the charges against him in 2015, revealing startling details about police informants and political maneuvers set against the backdrop of gentrification. He believes these elements lend the twin projects a distinctive universality.

"This is a story that clearly involves a community of gang members, former gang members, gang violence, police activity, the over-policing of the community and other troubling things," he notes. "But I've thought from the beginning that it helped that it happened in Denver — not Chicago, not L.A., not New York, not Atlanta. The fact that it's Denver, given all these pieces, makes you say, 'Wow, this isn't just happening here or there. It's happening in Denver. It must be everywhere.'"

The quote McKay gave to Deadline after he became an executive producer underscores this point: "From income inequality, race, gun violence and corruption, this film is the macro of America in the micro," McKay said. 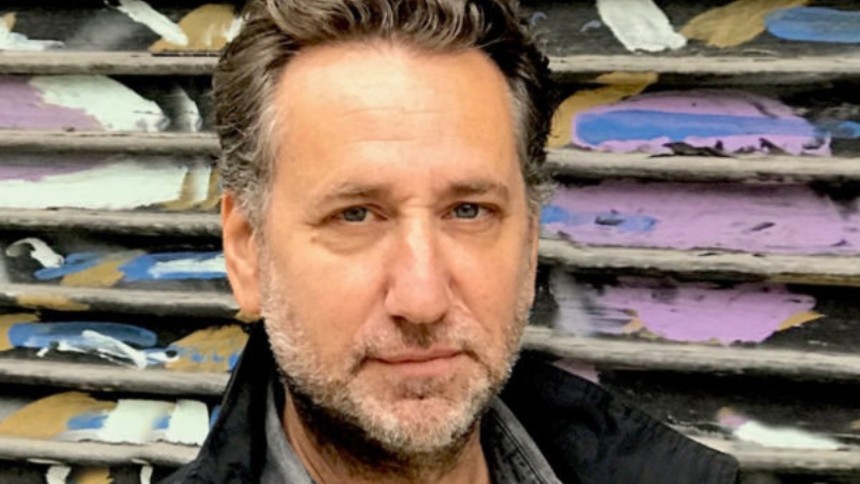 Julian Rubinstein, author and filmmaker.
thehollyfilm.com
Although McKay mainly grew up in Massachusetts and Pennsylvania, he was born in Denver. However, Rubinstein — who was born in the Bronx but later moved to Denver — thinks that McKay's roots had less to do with his decision to join the team than his connection to Sirota, a mutual friend who's a co-producer on THE HOLLY. "Sirota had seen a couple of cuts, and after telling me he loved it, he asked, 'Could I show this to Adam?'" Rubinstein recalls. "I said, 'Absolutely, if he'll watch it.' And Sirota said, 'I'm going to tell him he has to watch it.' And a week or so later, I got the call that Adam loved it and was offering to be executive producer."

To Rubinstein, the movie isn't really an adaptation of the book, since "they were both being reported on together. A lot of times when I was doing interviews, I filmed them, or another person who was usually a better camera person than I am did. So when I wrote the book, I had all this other material."

Based on the footage, Rubinstein decided to focus the film on "the third act of the book. So the movie is in some ways a crime story or a mystery story — a suspenseful, feature-length documentary. I was able to utilize the book as vividly as I could, but I was also able to capture it on camera. As a writer, it's hard to admit, but it's a lot harder to read a 400-page book than it is to watch an hour-and-forty-minute movie" — and those who want to know more about what they see will be able to refer to that book for more context regarding what he dubs "a multi-generational story about a neighborhood over the decades."

Not everyone was thrilled by what wound up on the page. Sheria Hicks and Pernell Hines have filed a lawsuit against Rubinstein and his publisher, Farrar, Straus and Giroux, claiming that they were defamed by their portrayal in the book. Rubinstein acknowledges one error related to Hines; some charges ascribed to him were actually pressed against his son. But the mistake was corrected in the paperback edition of THE HOLLY, which was published on May 11, one day after the complaint by Hicks and Hines was filed. Otherwise, he says he stands by his work. (Click to read a response letter about the lawsuit written by Rubinstein's attorney, Steve Zansberg.)

Likewise, Rubinstein stresses that he has no involvement in Roberts's current run for Denver mayor, and adds that "I did not pay Terrance and this was not his story. He's not a producer on the movie. He had no say over the contents or the editorial processes in the book or the movie." But he lauds the contributions of three African-American collaborators: executive producer Lana Garland, producer donnie betts, and co-producer and director of photography Tony Hardmon. "Obviously, I'm white," Rubinstein notes, "but throughout the book and the film, I've involved consultants, and we had three sensitivity readers, which was very important to me. I want to show that the book and the film shouldn't just be seen from a certain perspective or through certain eyes."

It's been a long road. "I spent seven years of investigative reporting on the book, and with the documentary, it's been eight years; I spent virtually the whole last year editing full-time," Rubinstein says. "I wanted to look deeper into a story that deals with very sensitive issues of racial justice, social justice and police misconduct, all of it taking place in a very vulnerable community. So this is the culmination, ultimately."

Click to read an excerpt from THE HOLLY published by Westword in May 2021. Below, see a trailer for the book that includes footage shot for the documentary.
This post has been updated to include a link to a response letter to a lawsuit filed over THE HOLLY book.
KEEP WESTWORD FREE... Since we started Westword, it has been defined as the free, independent voice of Denver, and we'd like to keep it that way. With local media under siege, it's more important than ever for us to rally support behind funding our local journalism. You can help by participating in our "I Support" program, allowing us to keep offering readers access to our incisive coverage of local news, food and culture with no paywalls.
Make a one-time donation today for as little as $1.