Ways RTD Can Use Proposed Site of Medal of Honor Museum 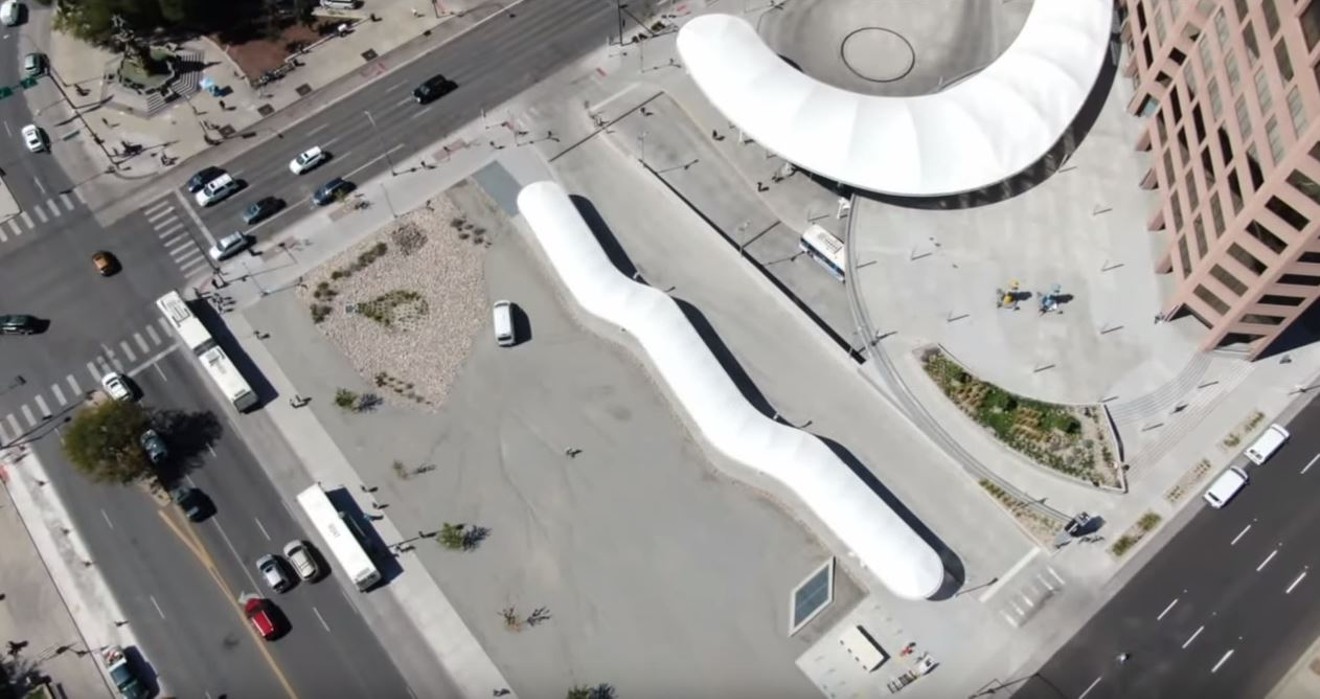 You can understand just from the natural beauty of the space why RTD was so loath to give it up. YouTube
Denver’s loss is — unfortunately — Texas’s gain. The National Medal of Honor Museum Foundation announced on October 2 that it was passing on Denver’s bid for the facility. The proposal had seen some hitches in its giddy-up primarily caused by the Regional Transportation District not wanting to essentially donate the 20,000-square-foot piece of land at Colfax Avenue and Broadway where the Medal of Honor Museum proposed building a gateway park. Arlington, Texas, suddenly became the “optimal location to build America’s next national treasure,” according to Joe Daniels, president and CEO of the National Medal of Honor Museum Foundation. Way to go, RTD.

RTD’s board voted down the proposal in September, only to do an abrupt about-face in the wake of negative response from both the city and the public at large, including Denver City Councilman Chris Hinds, whose District 10 would have hosted the museum. But it was too little, too late.

So now RTD has a new problem, aside from the understandable resentment of military families, veterans and the citizenry of Denver that have now missed out on uncountable dollars in travel revenues: What are the plans for that piece of land that it protected so adamantly? Here are just a few modest proposals for what RTD can do with the contested land at Colfax and Broadway, other than the expected “Choke on it.”

Another High-Rise
Sure, why not? RTD could build a skinny little Yertle the Turtle-like structure where it can make bank in rent, shadow the green space nesting the surrounding monuments (which the Medal of Honor Museum would surely have helped to spotlight), and generally allow those on the RTD board to be kings of their own little Sala-ma-Sond ponds. After all, that’s what most folks, residents and visitors alike, say when they go to downtown Denver these days: You know what this area needs? Another high-rise, high-rent building. So long as RTD is making money, that’s all that matters.

RTD would foster goodwill with this option.
Colorado Village Collaborative at Facebook
Tiny Home Village
That area is already a magnet for people experiencing homelessness — Civic Center Park draws them in, and they only get rousted when Denver wants to put on a festival or something. And after this public-relations disaster for RTD, it can use all the good press (and good karma) it can attract. So take a note from the Colorado Village Collaborative and put up a small community of tiny homes surrounding a central community bathroom, complete with showers. Denver is already supporting the idea with zoning changes, and much like the rejection of the Medal of Honor Museum, something like this would make national news — only RTD would be called a visionary instead of a shortsighted asshat.

Dump Site for Broncos and Rockies Fan Gear
All the fair-weather fans need a place to deposit their jerseys, pennants, ball caps, flags, coffee mugs and giant foam fingers until the bandwagon comes around next time — and it might as well be downtown.

Elitch's could use a new home.
Paul L Dineen at Flickr
Relocation of Elitch’s
Sure, the site is too small, but Elitch’s has always been something of a small park, and it needs a new home now that development of the so-called River Mile is pushing it out. “Not to See Elitch’s Is Not to See Denver,” says the classic slogan, so why not put every one of those 20,000 square feet to good use for the purposes of amusement — on an incredibly small scale? It could be one single roller coaster surrounded by flower gardens, or it could be the world’s first vertical amusement park, blotting out the supposed 300 days of sun Denver enjoys with its aerial amusements. Bring back Mister Twister…with the ground floor ten stories up.

Build a Damn Park Anyway
It’s what the Medal of Honor Museum wanted to do in the first place, so making a park of its own could lessen the impact of the misstep for RTD in some small way. The park could be anchored by a giant “We’re Sorry” sculpture right smack in the middle. Since this is Denver, RTD could put out calls for ideas for said statue, one of which should definitely be a fountain portraying a Last Supper-type montage of the RTD board weeping tears into a reflecting pool. But again, since this is Denver, it will probably end up being a giant animal of some sort. We already have the peeping-tom bear and the devil horse; surely Denver can use another huge beast of questionable virtue to confuse and terrify visitors. And RTD is just the organization to provide it.
KEEP WESTWORD FREE... Since we started Westword, it has been defined as the free, independent voice of Denver, and we'd like to keep it that way. With local media under siege, it's more important than ever for us to rally support behind funding our local journalism. You can help by participating in our "I Support" program, allowing us to keep offering readers access to our incisive coverage of local news, food and culture with no paywalls.
Make a one-time donation today for as little as $1.