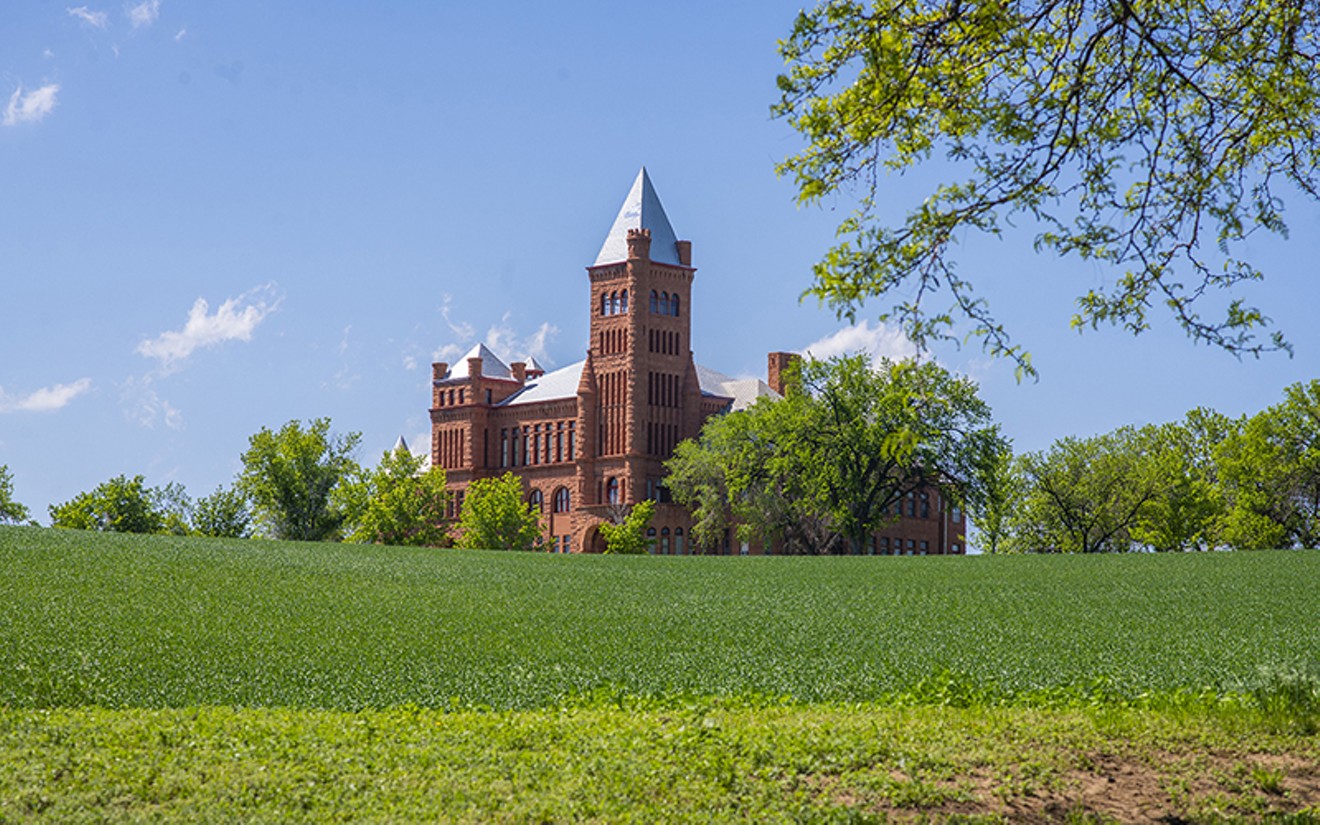 This farm could become a neighborhood in the future. Evan Semon
On December 13, Westminster City Council will vote on a hotly contested proposal to develop 233 acres of land, including a large farm, into a mixed-use neighborhood in the suburb northwest of Denver.

"We're confident that the city council will see the value that this community brings not only in terms of economic value, but in terms of being inclusive, having a full spectrum of housing, and being very water-conscious," says Jeff Handlin, founder of Oread Capital and Development, the company that has crafted the proposal, known as Uplands, and will buy the land if council approves the project.

According to the current proposal, the Uplands project would have 2,350 small- to mid-sized dwelling units over those 233 acres, with an estimated population of 5,421. Westminster has around 113,000 residents.

Since 2013, the City of Westminster has labeled the large working farm on a prime piece of land between Federal and Lowell boulevards and 84th and 88th avenues as a potential site for a “traditional mixed use neighborhood development,” or TMUND, “with a mix of residential and supportive non-residential uses in a walkable, pedestrian-oriented, urban village development pattern.”

The Uplands residences would be a mix of single-family homes, both detached and in the paired-home and townhome styles, in addition to condos and apartments. “Single family homes will be built on smaller, more water-efficient lots with front porches that encourage community interaction and a friendly, walkable neighborhood,” according to the Uplands website.

According to the Uplands proposal, the development would have just over forty acres of public land dedications, such as parks and view corridors — less than the over sixty acres required for this project under Westminster code. However, if the city determines that the amount of required public land “would not serve the public interest,” it can permit a combination of a smaller amount of dedicated public land and “payment of a fee in lieu of the portion of land not dedicated," according to Ryan Hegreness, a City of Westminster spokesperson. 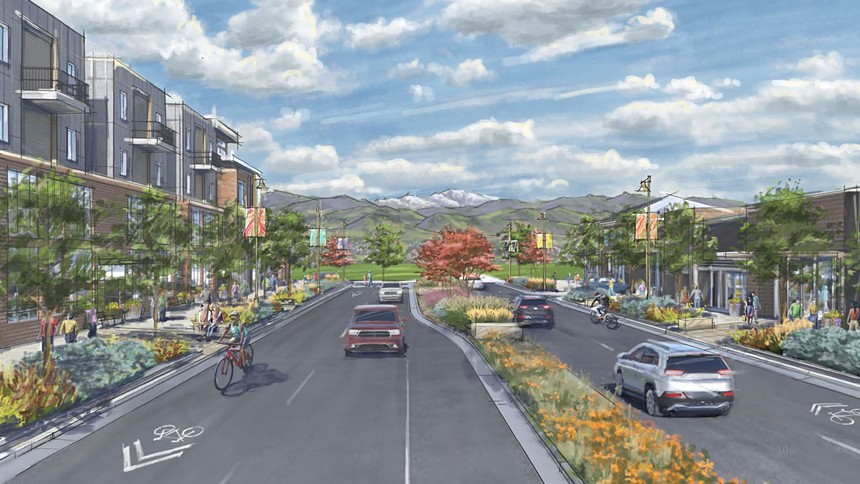 Uplands could end up looking like this.
Courtesy of Norris Design
The project has generated vocal opposition from a civic advocacy organization called Save the Farm, which was started to block the development. Members say they want to protect open space, prevent urban heat islands, push back against environmental racism, and save gorgeous views of the mountains and the Denver skyline.

"We’re really stepping up, trying to expose the developer and this development proposal for what it is — another faceless suburban subdivision on the lower end of the scale — and continuing to make the point around the inequity in the access in this part of the city to healthy open spaces," says Karen Ray, the leader of Save the Farm. Ray, an IT professional, lives in neighboring Shaw Heights, in unincorporated Adams County.

All of the land earmarked for the development is owned by the Pillar of Fire Church, a religious institution that proudly supported the Ku Klux Klan decades ago. The church has since denounced its past support of the Klan, an organization that was extremely active in Colorado in the 1920s.

The Pillar of Fire Church still runs Christian radio station KPOF out of Westminster. The church also operates the Belleview Christian School, now K-12. Under the deal with Oread, the church would retain around 100 acres, including the property that is home to the school and Westminster Castle, which is on the National Register of Historic Places.

Curt Alstadt, who has been in charge of the farm for the past half-century, did not respond to an interview request.

Oread Capital has already struck agreements with two builders that together will construct over 300 units of “income-restricted and senior affordable rental housing at 30 to 80 percent of the area median income,” according to the project's website. Uplands will also feature over 180 “for-sale detached cottages” that range in size from 800 to 1,400 square feet and are targeted to “meet the Adams County definition for attainable workforce housing.”

The Westminster Planning Commission held lengthy hearings on the Uplands proposal in early November, and wound up unanimously endorsing the project. Since Westminster had already labeled the farm as a potential site for mixed-use development and housing is in great demand in the metro area, the project might have been a shoo-in a few years ago.

However, Westminster politics are in flux. Over the past year, there have been city council recall votes and a mayoral resignation because of residents' anger related to high water rates. With a new mayor and a new city council composition after a recent election, Ray and the rest of Save the Farm are hopeful that the plan will be rejected.

"This development is the first test as to whether or not this council is different from the last in terms of embracing community input, which is overwhelmingly opposed to this," says Ray. "I think we have a chance of steering this council to make a decision in favor of community and not in favor of the developer — or at least this particular developer and what their plan is."

But Handlin stands by his project.

"Our job is to put the best version of this community that we can forward, and frankly, politics plays very, very little, if no role in that equation," Handlin says. "We just try to stay even-keeled and mindful, and just try to be part of Westminster's future in a thoughtful way, regardless of the mayor or council composition."
KEEP WESTWORD FREE... Since we started Westword, it has been defined as the free, independent voice of Denver, and we'd like to keep it that way. With local media under siege, it's more important than ever for us to rally support behind funding our local journalism. You can help by participating in our "I Support" program, allowing us to keep offering readers access to our incisive coverage of local news, food and culture with no paywalls.
Make a one-time donation today for as little as $1.