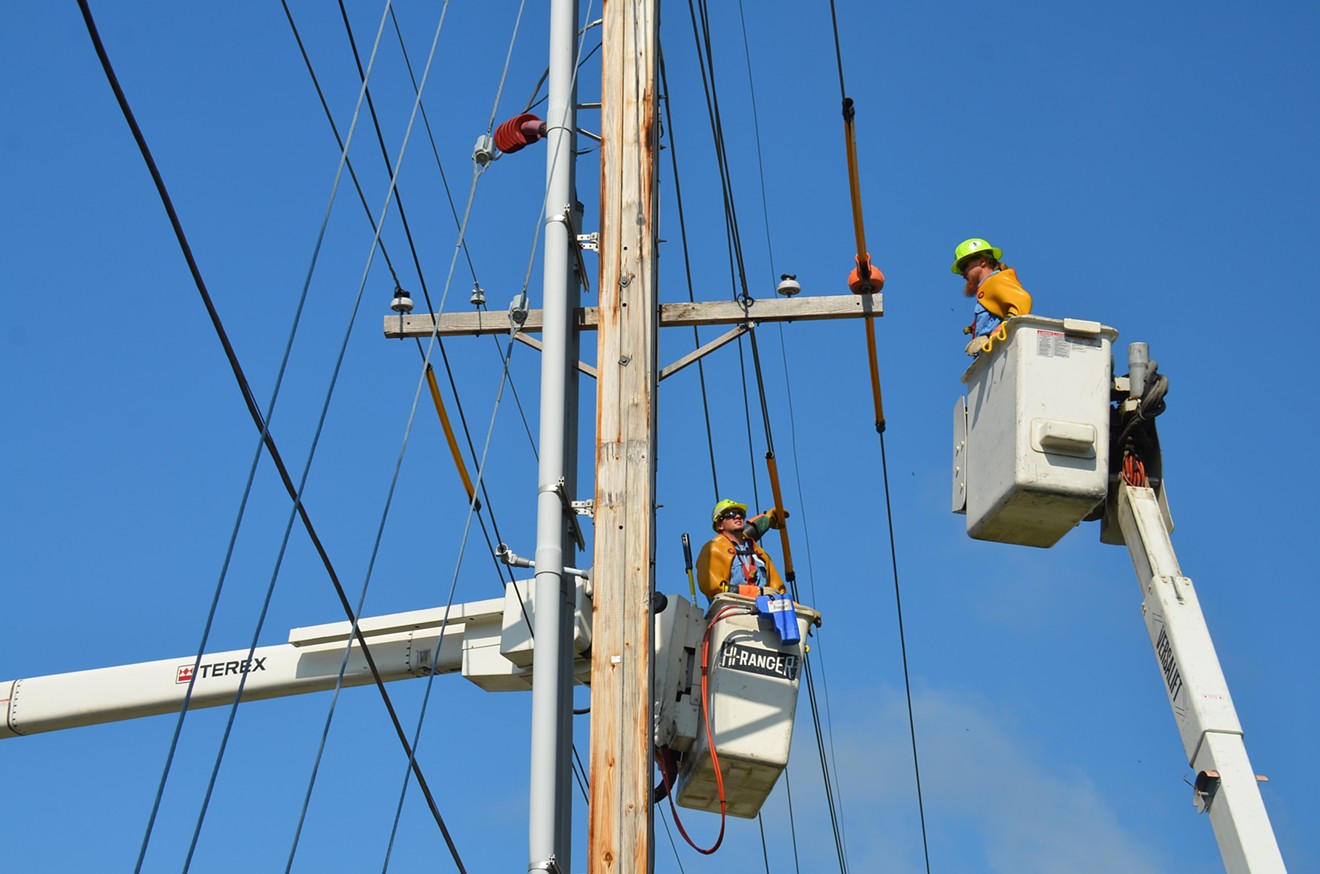 Men still dominate the trades in the U.S. American Public Power Association
Anita Martin worked for Public Service Company of Colorado, a subsidiary of Xcel Energy, for 34 years. Now she's suing her former employer for discrimination after repeatedly being denied a promotion for which she was in line, claiming that she was discriminated against because of her gender and race: Martin is a Hispanic and Native American woman.

Just under 20 percent of the country's energy workforce consists of women, a portion lagging behind women's representation as 47 percent of the workforce at large, according to the Energy Workforce and Technology Council.

Martin joined Xcel Energy in 1983 as a laborer. In 1987, she was promoted to the job known as "pipe fitter," the position she held for twenty years, until her retirement in 2017.

In 2016, a position for a "lead pipe fitter" became available at the company. Martin says that her boss informed her she could apply for the job once the notice was posted — and that she would get it, since she was next in line.

But Martin wasn't promoted. Instead, she was given additional part-time lead pipe fitter duties and pay.

In March 2017, she again asked for a promotion; the lawsuit claims that superiors Mike Catbagan and Randy Jatko said that they did not want to give it to her. After she asked Senior Manager of Operations Emir Ahmedic about the promotion and he told her he couldn't guarantee that he could grant her the promotion, Martin decided to retire. She did so without the greater benefits that she would have received had she retired from the lead pipe fitter position.

Shortly after Martin's retirement, Xcel hired not one but two lead pipe fitters. In December 2019, Martin decided to file the lawsuit.

"When Anita retired, she wanted to make certain that other women who want to pursue a career in the trades would not have to face the same kind of obstacles that she faced based on her gender," explains her attorney, Anne Sulton. "So it's what I call a 'legacy case,' because the goal is to make it better for women we don't know, who may not come behind us for another ten years."

In addition to Martin's claims of being discriminated against by male superiors, her lawsuit includes declarations from several former co-workers who say they also witnessed or experienced discrimination, including being denied promotions. In the filing, one male co-worker recounts hearing locker-room talk in the department such as women being called "bitches" and "cunts"; he also says he experienced unfair treatment because he's Native American.

The pandemic heavily impacted tradeswomen, especially those with families. "The lawsuit is designed to shine a bright light on the absence of women, generally, in the well-paying trades jobs," Sulton says. "And it is a call to encourage businesses to start recruiting and training women.

"We know there are women who will work," she adds. "And if they could get a job, a single job working eight hours a day, making $40, $50 an hour, it not only lifts that woman, but it lifts the whole family."

According to Sulton, Martin's lawsuit has just three conditions: Xcel should recruit more women, train more women, and develop an enhanced mentorship program to ensure that more people pass through the apprenticeship phase.

"That's what we want Xcel to do," Sulton says. "And they won't even really discuss it."

"At Xcel Energy, diversity, equity and inclusion is a core value," Aguayo says. "While we cannot comment on active litigation, we are committed to ensuring that all our employees are treated equitably and fairly. We have robust policies in place to protect employees, and any allegations of violations are taken seriously."

The case has advanced just as a spotlight is being focused on gender-based discrimination across the state. The Equal Pay for Equal Work Act, whose mandates went into effect at the start of the year, requires that employers hiring in Colorado post their salary ranges, and also inform all employees of open promotions and job opportunities.

Xcel requested a motion for summary judgment in March. Sulton expects that decision to come "any day now," but adds that her client wants to see the case progress to oral argument.

"If the judge denies the motion, then we go to trial in September," Sulton says. "If the judge grants the motion and kicks the case out, then I file an appeal. We're not going to give up."
KEEP WESTWORD FREE... Since we started Westword, it has been defined as the free, independent voice of Denver, and we'd like to keep it that way. With local media under siege, it's more important than ever for us to rally support behind funding our local journalism. You can help by participating in our "I Support" program, allowing us to keep offering readers access to our incisive coverage of local news, food and culture with no paywalls.
Make a one-time donation today for as little as $1.