More than 150 Colorado breweries will participate in Colorado Pint Day, which takes place today (Wednesday, April 7). The annual fundraiser began as part of Colorado Beer Week several years ago, but it became a standalone event last year during the pandemic and will be so again in 2021.

Participating breweries will offer a variety of beer specials in which customers can get this year's Colorado Pint Day glass, adorned with artwork by Brooks Engel of Nowhere Land Supply. The breweries will then donate $1 for every glass sold to the Colorado Brewers Guild, which advocates for local beer makers.

“One of the great things about Colorado Pint Day is that it is truly a statewide effort, and I’m thrilled that we have a record number of breweries participating this year," says CBG director Shawnee Adelson. “Community and camaraderie are in the fabric of Colorado craft breweries. In a year when gathering in person has been very limited, Colorado Pint Day allows us to come together as a community and support the State of Craft Beer."

Keep reading to see this week's beer tappings and events.

Comrade Brewing
Wednesday, April 7
Comrade Brewing will tap its GABF gold medal-winning More Dodge Less Ram IPA. The 7.8 percent ABV beer is a stronger version of the brewery's flagship Superpower IPA — and with more dry-hopping. Since the brewery is also participating in Colorado Pint Day, a fundraiser for the Colorado Brewers Guild, you can get a beer and keep the commemorative glass for $1 more.

Platt Park Brewing taps the next beer in its Neon Nectar smoothie sour series. This time, the sour ale "is packed with insane amounts of mango and pineapple purée," along with Ugandan vanilla and habanero chiles to give it some serious spice. Platt Park is participating in Colorado Pint Day, so you get a glass for free with the beer.

Six Capital Brewing and BBQ in Aurora hosts a grand-opening party beginning at 2 p.m. The new brewery and barbecue joint, which replaces Peak to Peak Brewing, has at least eight beers on tap. The brewery will also be participating in Colorado Pint Day, donating $1 for each pint sold to the Colorado Brewers Guild. 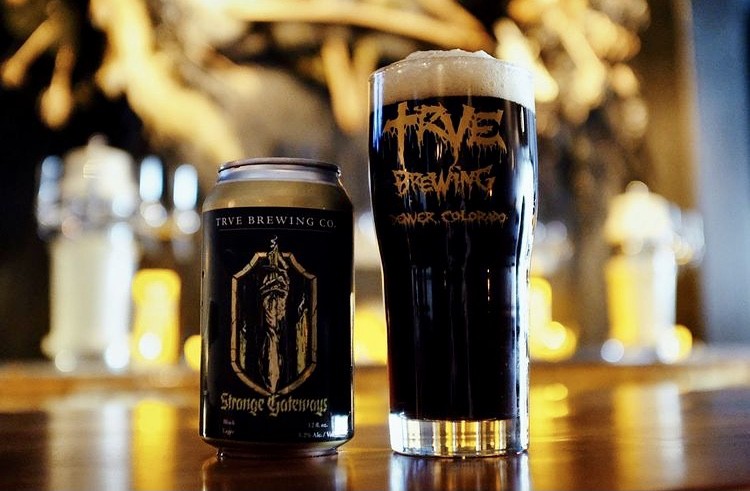 TRVE Brewing
Thursday, April 7
New cans: TRVE Brewing is turning out new "clean" ales and lagers at a rapid rate these days. The newest is Strange Gateways, a black lager. TRVE describes the beer as "dark and lightly roasty, while still being crispy as all hell." Strange Gateways was brewed with malt from Colorado's own Root Shoot Malting and Troubador Maltings.

New beer: Raices Brewing recently tapped the first beer in a planned Caribbean Sour Series. The debut offering is Guanabana, which was made with soursop. In addition, Raices has begun pouring guest beers from other local breweries, including Strange Craft and Holidaily Brewing, which makes gluten-free beers. There is also a 5.5 percent ABV Vienna-style lager from Arvada's Donovan Brewing.

Cerebral Brewing releases a new beer in sixteen-ounce cans. Fossil Record is an 8.6 percent ABV double IPA made in collaboration with Tripping Animals Brewing in Florida; it was brewed with Citra, Pacific Sunrise, Galaxy and Strata hops. In addition, Cerebral will have fresh cans of Dark Galaxie Oatmeal Stout.

The Empourium Brewing
Friday, April 9
Did you miss The Empourium Brewing's first anniversary? So did the brewery — since we were all in lockdown. But you can help mark its second anniversary today and tomorrow by trying two new beers. Today, Empourium releases FAH-Q American Barleywine, which has "all the malty goodness you expect complemented with a good amount of hop presence from the Chinook, Mosaic and Saaz," the brewery says. On Saturday, Empourium releases Beer Bust New England-Style IPA, loaded with Huell Melon and Cashmere hops and rounded out with more than 1.5 pounds per barrel of mango purée. There will also be food, raffles and merchandise.

Burns Family Artisan Ales releases Gloein Monk, a 10.6 percent Belgian-style Quadrupel made from a blend of batches aged for a year in two different bourbon barrels — one from Deerhammer Distillery and one from Laws Whiskey House. It has aromas of brown bread, raisins, molasses, figs, oak tannin, nutmeg and allspice, and flavors of brown bread, raisin, prune and nougat "with a dash of a caramelized dark sugar dry finish," the brewery says.

Slush season returns to Wiley Roots Brewing in Greeley to herald the return of warm weather. To celebrate, the brewery is hosting a weekend-long Slush Kickoff Party, where it will serve a lineup of fruity Slush beers along with the frozen versions it blends up in its two slushy machines in the taproom. "If you haven’t tried our Slush series, imagine a boozy play on America’s favorite drive-in beverage — light, fruity, bold and refreshing," the brewery says.

Cellar West Artisan Ales
Saturday, April 10
Two of Colorado's smallest and most unusual breweries, Cellar West Artisan Ales and Primitive Beer, got together for a new collaboration that is available at both breweries. Meager Portmanteau is a blend of Primitive's three-year-aged spontaneous beer, which was re-fermented with Colorado peaches, and Cellar West's oak-aged Meager — "a funky little table saison with Colorado grain," the breweries say. "The marriage of these two ales — one mature and complex, one young and lively — fashions a delightful beer representative of both breweries' makeup. Delicately tart, laden with notes of ripe peach and oak, equal parts carefree and complex."

Wild Provisions Beer Project in Boulder releases bottles of Ranch Chores — Rum, its oak-fermented table beer matured in 200-liter dark-rum casks. "We selected these barrels for blending to highlight flavors of dessert apples, burnt sugar and vanilla," the brewery says. "Delicate, deep and structured with moderate volatile acidity, this beer is as comfortable paired with farm projects as it is when your work is complete."
KEEP WESTWORD FREE... Since we started Westword, it has been defined as the free, independent voice of Denver, and we'd like to keep it that way. With local media under siege, it's more important than ever for us to rally support behind funding our local journalism. You can help by participating in our "I Support" program, allowing us to keep offering readers access to our incisive coverage of local news, food and culture with no paywalls.
Make a one-time donation today for as little as $1.