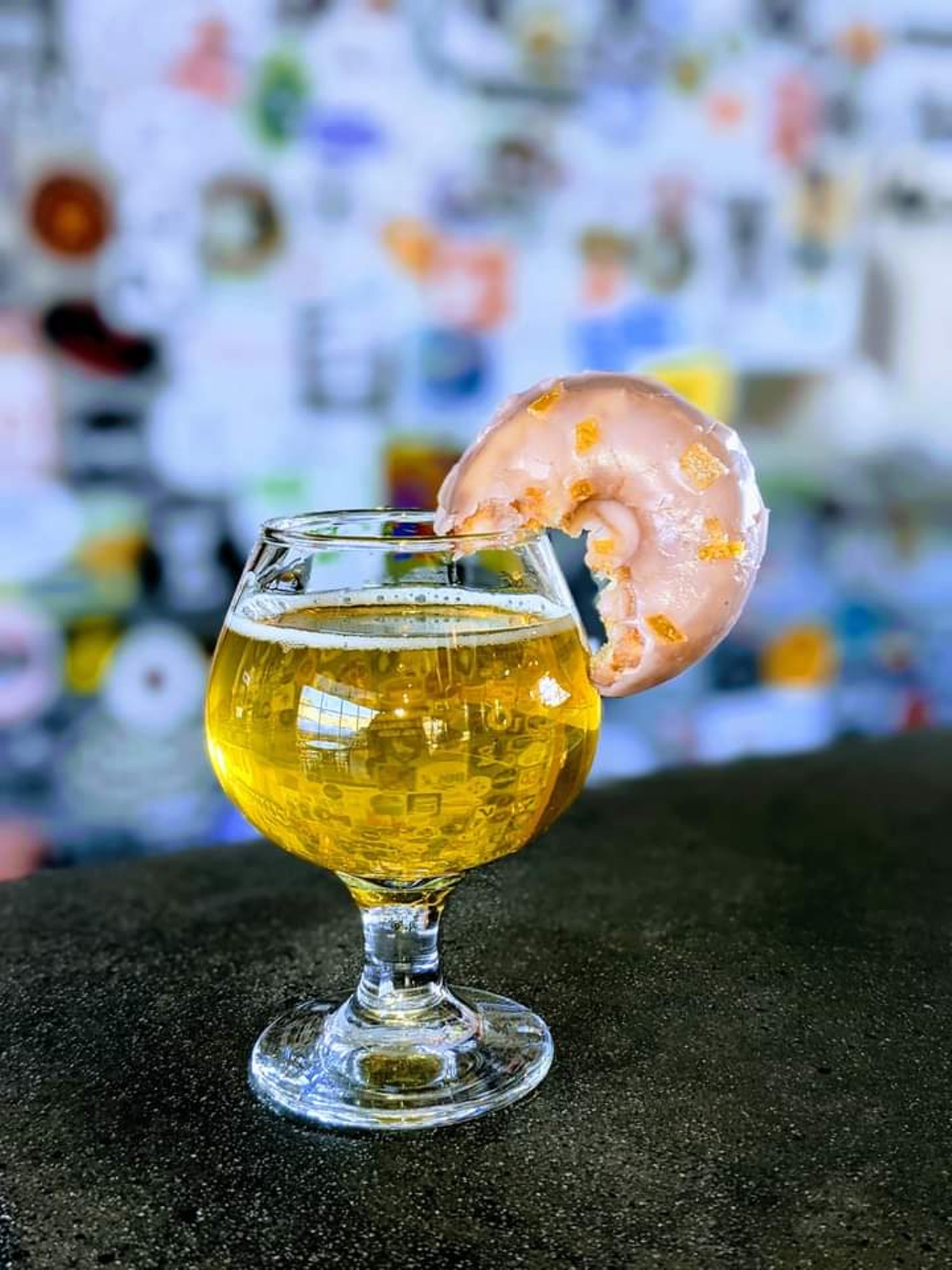 Cannonball Creek Brewing
Some people are morning people. They like to get out, buy their beer and get home before traffic gets crazy and maskless customers start picking fights. Others are up on the weekends to seek out the pow-pow early.

For all of these morning people — and more — Cannonball Creek Brewing will have a special beer-and-doughnut pick-up on Saturday, February 20. Stop by the Golden brewery between 7 and 11 a.m., and grab some mini doughnuts from Kneadful Rings and a few Crowlers from the brewery for later. (The taproom will open for regular business at noon.) Oh, and check out the brewery's silly video about this event on the Cannonball Creek Facebook page.

Keep reading to see more beer events and releases through the end of February. New cans: Novel Strand Brewing recently released two canned beers. ALL CAPS is an 8 percent ABV unfiltered hoppy beer brewed "to honor the enigma, whose journey on this planet ended too soon, the man himself, MF DOOM," the brewery says. "Featuring a villainous combination of Citra, Galaxy and Riwaka hops, lots of pineapple and papaya, a cool lychee spice kick, low bitterness, low dankness." The second beer is the latest in Novel Strand's series of Weapon of Choice pale ales. This one, at 5 percent ABV, was brewed with experimental hop HBC-586, and the brewery describes it as a "nice tropical fruit soiree, low bitterness, low dankness." 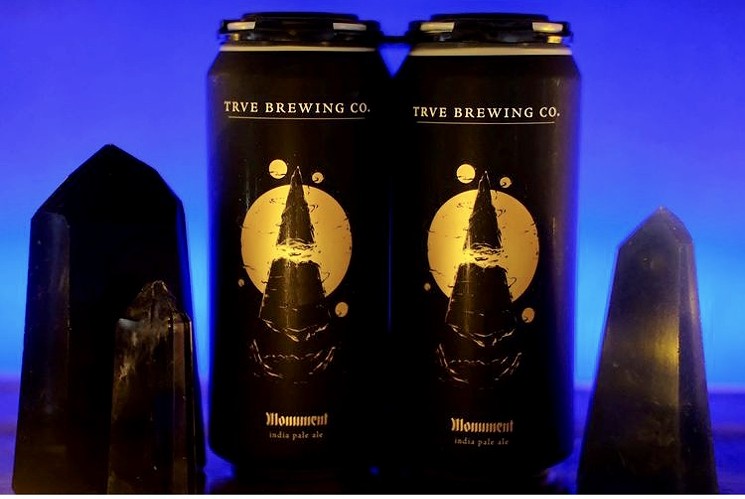 TRVE Brewing
Thursday, February 18
Station 26 Brewing continues its lineup of Firkin February releases by tapping a cask of its flagship Juicy Banger, but without carbon dioxide. It will release its final firkin next week. 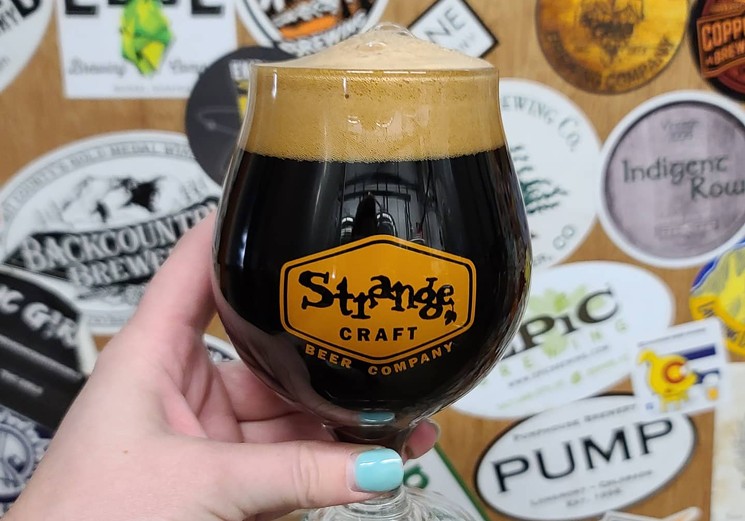 Strange Craft Beer Company
Friday, February 19
For the first time, Seedstock Brewery is releasing a traditional Baltic Porter. "Brewed with the cold Baltic Sea in mind, this beer is brown in color with reddish, copper hues. It has an aroma of dark cherries and figs with a malty-sweet taste that finishes with an aged warmth," the brewery says.

Little Machine Beer Company also has a hop-forward pilsner on tap. Low Low Dry-Hopped Pilsner is a German-style pils, but made with Saphir and Galaxy hops instead of more traditional varieties.

Strange Craft Beer Company taps Shipwrecked Stout for Stout Month. "Brewed with Lotus hops and finished on mangos, this 6.2 percent ABV tropical stout is all you need to get shipwrecked," the brewery says.

Great Divide Brewing unveils its latest entry into the low-cal, low-ABV wars by releasing Fastpack IPA in both taprooms; it will hit liquor stores shortly thereafter. Moderately hazy and highlighted by "a generous addition" of Cashmere hops, alongside Simcoe and Chinook, the beer has 99 calories and is 4 percent ABV. 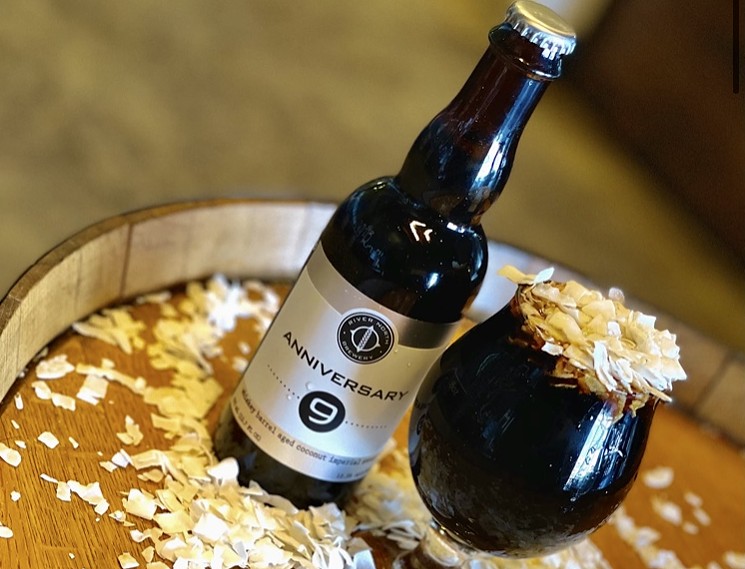 For some, gluten-free Oreos, which debuted recently, were a watershed moment for people who have to follow gluten-free dietary restrictions. "They are the only thing our community has been talking about," says Karen Hertz, the founder of Holidaily Brewing, an entirely gluten-free brewery in Golden. So Hertz decided to put the brewers to work making a beer with the cookies. Gluten-Free Oreo Stout will go on tap today as part of Holidaily's five-year anniversary celebration this weekend. At 6.8 percent ABV, the stout was brewed with more than 35 pounds of the Oreos (about 65 packages), along with whole vanilla beans and cocoa nibs, not to mention ten different varieties of gluten-free malts (including chocolate millet and caramel millet). 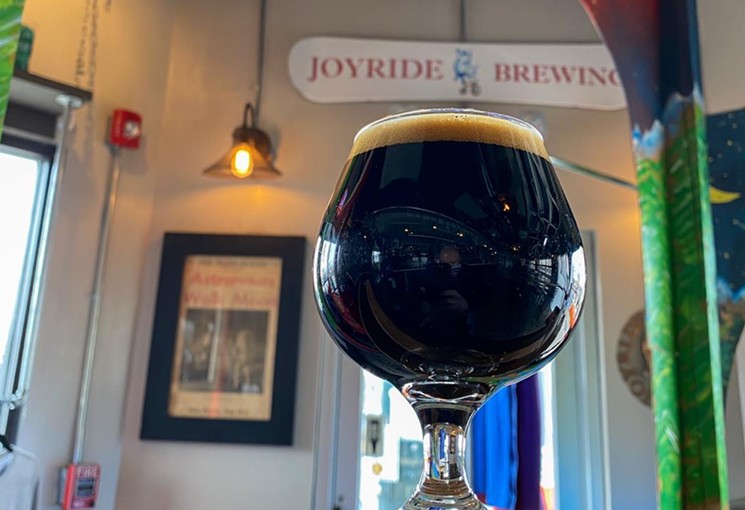 Little Machine Beer taps Super Show New England-style IPA. "We went balls-out on this one. Totally new process and the most expensive hops (Lotus, El Dorado and Mosaic) we could find," the brewery says.

Copper Kettle Brewing brings back Scooter's IPA. Named for the brewer's dog, the 7.4 percent ABV beer was brewed with Motueka, Sabro and other hops. It is available on draft and in Crowlers to go.
KEEP WESTWORD FREE... Since we started Westword, it has been defined as the free, independent voice of Denver, and we'd like to keep it that way. With local media under siege, it's more important than ever for us to rally support behind funding our local journalism. You can help by participating in our "I Support" program, allowing us to keep offering readers access to our incisive coverage of local news, food and culture with no paywalls.
Make a one-time donation today for as little as $1.