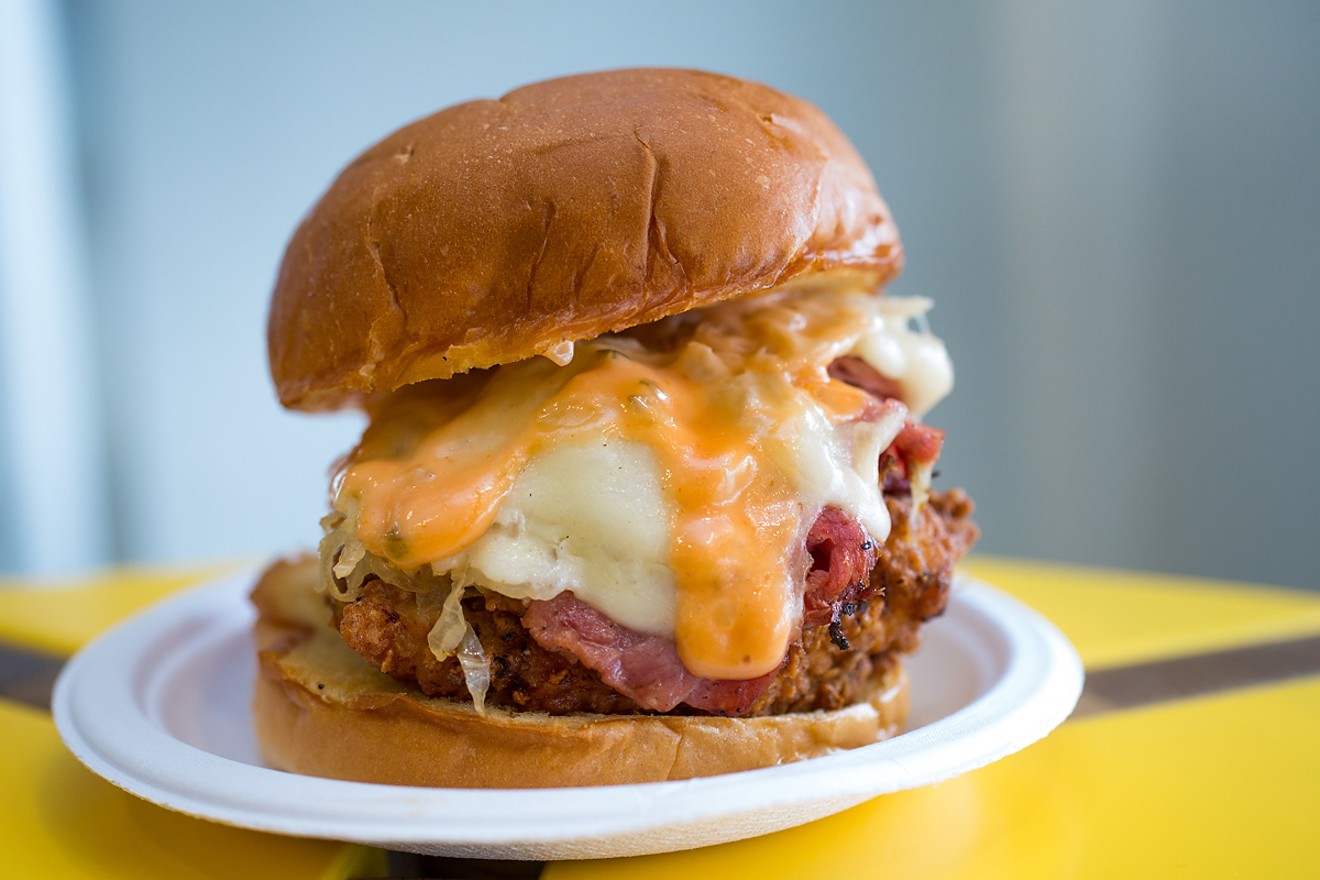 Start your own fried-chicken frenzy at one of these ten Denver eateries. Danielle Lirette
You have to be fast to get a piping hot fried-chicken sandwich; wait too long and the moment passes, leaving you with cold comfort. The nationwide flap over the Popeyes Louisiana Kitchen versus Chick-fil-A chicken sandwich war had nearly everyone waiting in line for the taste of the new Popeyes sandwich — which is now a thing of the past (at least for now). But don't fret over fast-food fixations; instead, find a fine chicken sandwich at one of these top locally owned poultry purveyors. 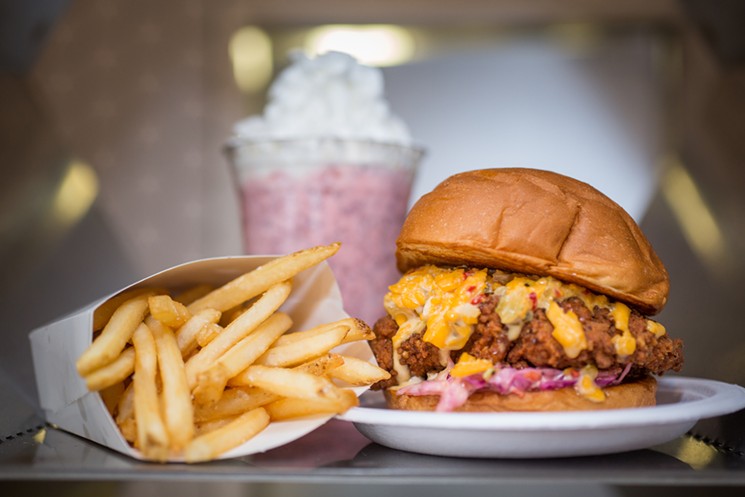 Birdcall is reimagining fast food, one chicken sandwich at a time.
Danielle Lirette

800 East 26th Avenue, 720-361-2976
1701 Wewatta Street, 720-572-8799
1535 East Evans Avenue, 720-242-8106
eatbirdcall.com
The Park Burger team knows sandwiches, so swapping out a burger patty for a crispy, juicy, fried-chicken breast seems like just more of a good thing. Put it on a toasted, squishy bun and add savory sauces and click-bait toppings like smoky bacon and coleslaw studded with blue cheese, and you've got a recipe for lines out the door. The restaurants are stripped back and streamlined, keeping prices low and quality high. What's for dessert? Make it a red-velvet milkshake for a full-on Southern onslaught. 3501 Wazee Street
thebudlong.com
Chef Jared Leonard spend months researching fried chicken before opening the Budlong. The Chicago transplant studied Nashville-style hot chicken across the South, starting with Prince's in Nashville (where the style originated), then testing recipes until he perfected his version. The Budlong serves spicy bone-in chicken and sandwiches at Zeppelin Station, where a cold can of Colorado beer makes a perfect pairing. 3200 Pecos Street (at Avanti Food & Beverage)
2927 Larimer Street (at Finn's Manor)
facebook.com/chickenrebelcluck
A transplant from San Diego, Chicken Rebel descended on Denver in 2017 amid much fanfare before landing a permanent spot inside Finn's Manor, the indoor/outdoor food-truck pod and bar space. This summer, owner Lydie Lovett expanded to Avanti F&B and will soon have her own restaurant in LoHi. Chicken Rebel makes a variety of sandwiches, but the Nashville hot is a favorite. Slathered in a fiery sauce that resembles barbecue sauce, the hot chicken here doesn't have a traditional appearance, but the cayenne bite makes your mouth remember what this dish is all about. 2730 East Colfax Avenue
303-399-4137
littlebeastdenver.com
Little Beast is new to the sandwich scene, taking over the former home of Uber Sausage earlier this summer. The Korean fried-chicken sandwich is an immediate favorite, though, for its light breading that resembles that of country-fried catfish, a funky topping of kimchi and a zingy smear of housemade gochujang. Little Beast proves that small can be mighty.

Lou's can now be found in Governor's Park and on the Dairy Block downtown.
Mark Antonation

701 Grant Street
303-860-2929
lousfoodbar.com
Frank Bonanno perfected his fried chicken after a 2012 trip to Nashville to eat at the restaurants where hot chicken was born. At Lou's, sandwiches are kept simple: You can order hot, medium or naked, and with a few toppings that don't steal the thunder from the crunchy-coated star. You can also find Bonanno's fried chicken in sandwich form or on the bone at Lou's Hot and Naked inside the restaurateur's downtown food hall, Milk Market (1800 Wazee Street).