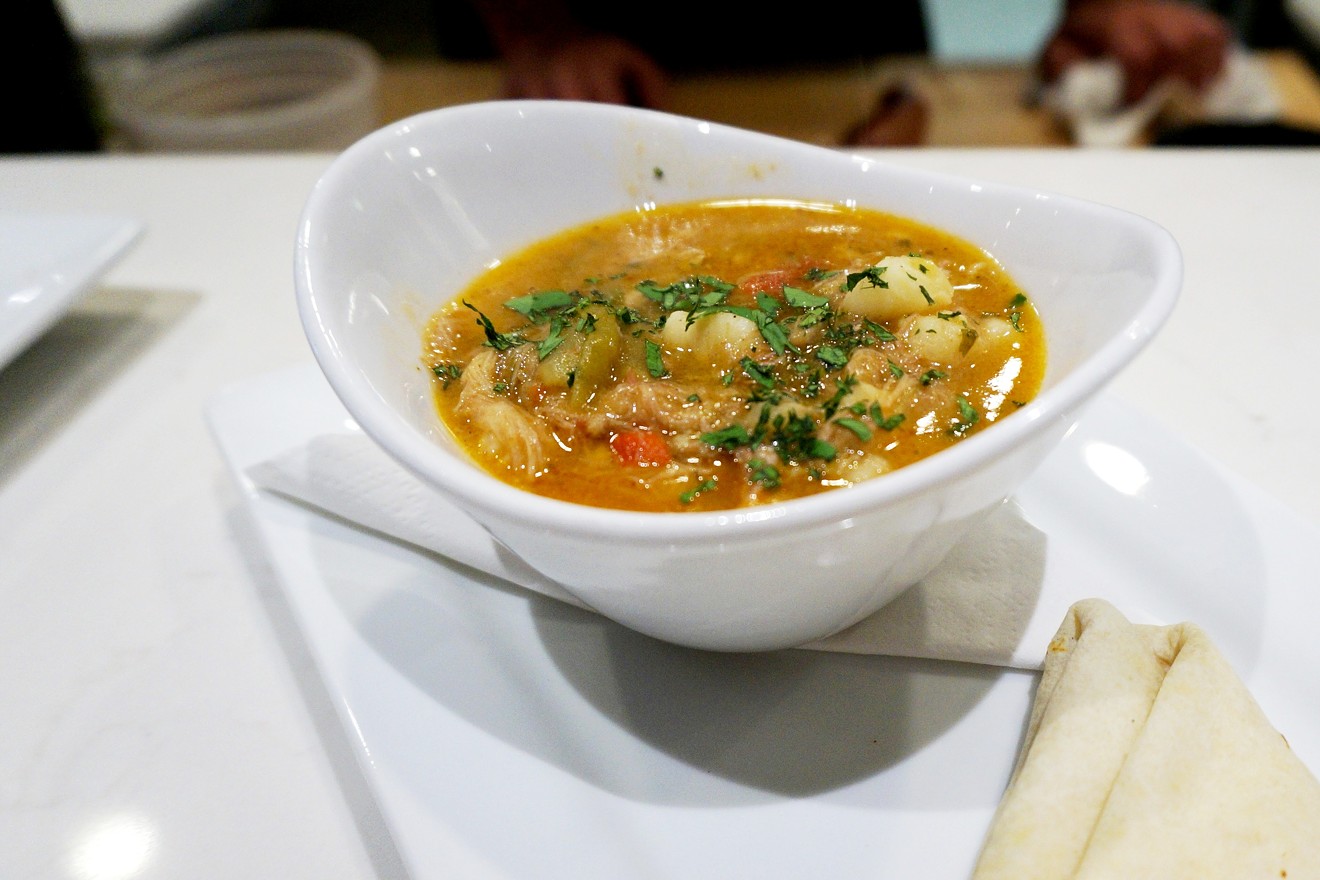 Hosea Rosenberg will soon have a new restaurant to expand on his New Mexican cooking, like this posole he serves at Blackbelly. Mark Antonation
We tend to think of chef/restaurateur Hosea Rosenberg as one of our own; after all, he represented Colorado as a Top Chef contestant in 2009 and began his culinary career in Boulder with time put in at Dandelion and Jax Fish House before opening his first restaurant, Blackbelly, in 2014. But Rosenberg is actually a New Mexico native and only arrived in Colorado when he moved here to attend college. For his latest project, Santo, the chef looks southward to his childhood home of Taos for inspiration.

Santo, which Rosenberg hopes to open in late October at 1265 Alpine Avenue in Boulder, will delve deep into the cooking of our southern neighbor. "I'm specifically trying to dig up a lot of the classic ingredients used in New Mexico, specifically northern New Mexico," he explains. "The green chile and red chile are staples."

The specific New Mexico quirks will be part of otherwise familiar dishes, like stacked instead of rolled enchiladas, entrees given the "Christmas" treatment with red and green chile side by side on the same plate, and sopaipillas spelled with the extra "i" to differentiate them from their Tex-Mex cousin.

"You can get sopaipillas stuffed, savory style with something like braised pork," the chef notes, but adds that a simple, warm sopaipilla served with whipped honey butter brings back the best childhood food memories. Other culinary elements from the Land of Enchantment Rosenberg mentions are biscochitos (small anise cookies), blue corn used for tortillas and breading on rellenos, and a lunchtime chile relleno burrito (which regulars of El Taco de Mexico will instantly recognize).

"There will be modern touches, but mostly classic, more rootsy things that people really crave," he adds. 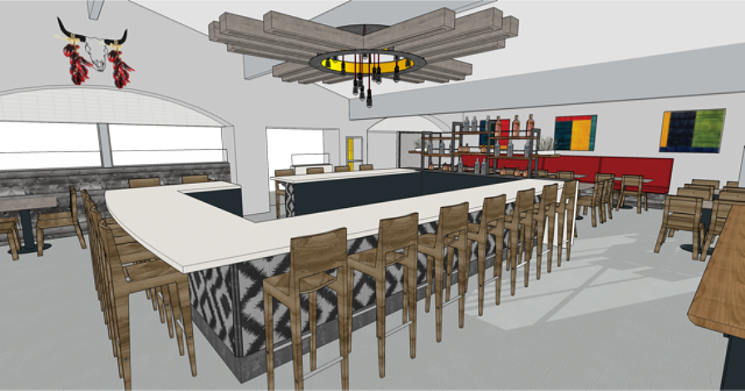 An artist's rendering of the upcoming Santo from chef Hosea Rosenberg.
Courtesy of Santo
Those who have ventured to Blackbelly and its deli-style neighbor, Blackbelly Butcher, may have experienced a few New Mexican flourishes, from vegetarian green chile and smoked-pork posole to street-worthy breakfast burritos (indeed, Rosenberg was selling burritos from a food truck before he launched his restaurant), but Santo will give him the opportunity to fully expand on the theme for the first time as a professional chef.

The restaurant itself will use New Mexican design elements without going all-out Southwestern. The name comes from the religious figurines called santos, so some of the carved wooden saints will be part of the decor. Otherwise, Rosenberg wants to capture a modern, lively vibe, to "bring to life the vibrant eating and drinking culture."

Once open, Santo will serve lunch Monday through Friday, dinner seven nights a week and brunch on Saturday and Sunday. A full bar will highlight mezcal and tequila and will also serve a loaded house michelada.

The address was previously home to Scott's on Alpine, Ella and Radda Trattoria before that.