Don't Call It a Bar Crawl: These Four Bars on Blake Street Are All the Same 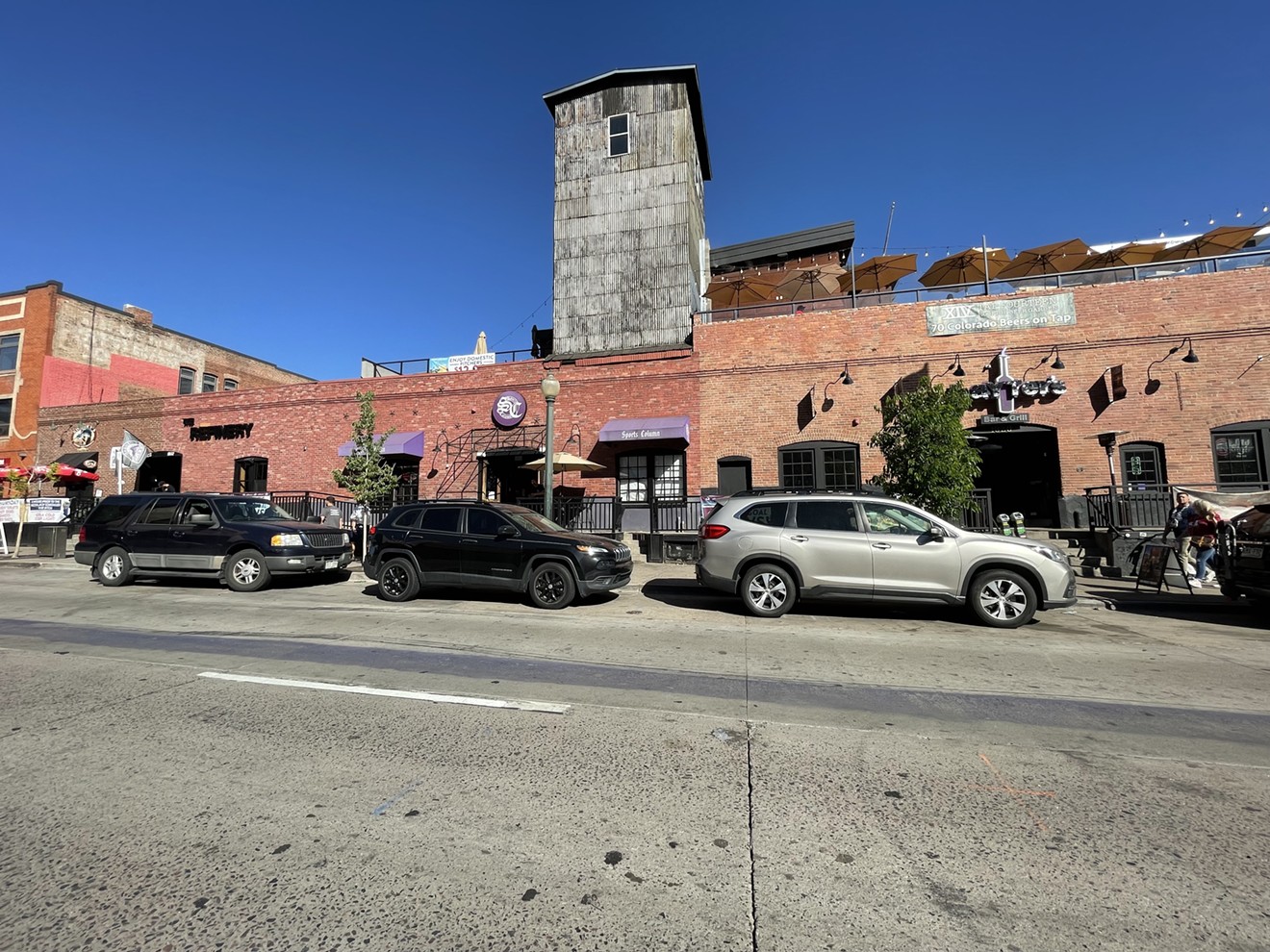 These four bars on Blake Street are confusingly similar. Catie Cheshire
On the southeast side of Blake Street between 19th and 20th streets sit Hayter’s & Co, Sports Column, The Refinery and Swanky’s Vittles and Libations. On nights out in LoDo, the four feel eerily similar, causing déjà vu for those hopping from bar to bar.

The basic concept of each is the same: a dark, narrow room with a bar on one side. Because the four are smashed together in a row, there are no windows in any of them, adding to that feeling that you’ve seen this place before. Swanky’s and the Refinery are the two bars that meld together most, with entrance doors in the same alcove and bouncers for each standing right next to each other, often asking confused bar-goers which place they intend to enter.

Across the street from what used to be Beta (before the club met its end when it lost its liquor license and was accused of being a public nuisance), the four bars are a microcosm of a downtown phenomenon: The area isn’t dead, but the bars here aren’t nearly as vibrant or unique as the people inside them.

On busy nights, these four bars on Blake Street fill with people enjoying nights out, mingling with friends and sipping on drinks. Switching from one to the other is easy — you don’t even have to deal with electric scooters clogging the sidewalk, because the four are connected by an elevated walkway. It’s almost like four bars in one, and it can really start to feel that way after a few drinks. 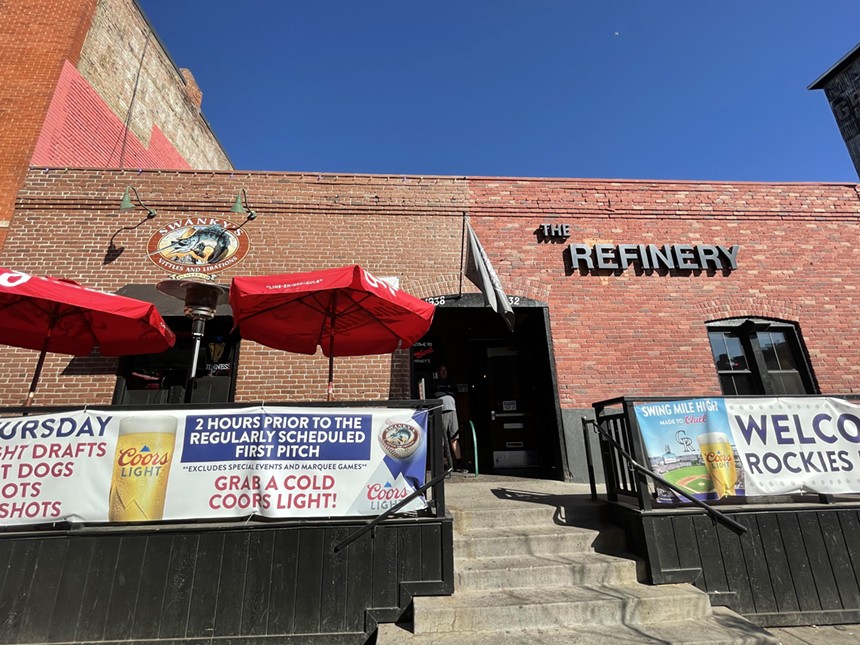 Swanky's and the Refinery feel the same, partially because their entrances are so close together.
Catie Cheshire
But despite the similarities between the bars, there are some key differences. Here’s a small guide for anyone trying to figure out which bar their friends are in, or attempting to recall exactly where they made that particular memory:

Swanky’s is a Packers bar, though its website promises to welcome Rockies fans for every home game, too. The bar has free shuffleboard and Everclear-spiked adult slushies in a slew of flavors. It also has rotating eating challenges where people can get their picture on the wall for attempting (and sometimes succeeding) to eat wild amounts of food. Another way to get on the wall: Be from Wisconsin. The bar has a huge map of the state on display and encourages patrons to mark where they’re from.

To the right of Swanky’s is the Refinery, which offers a variety of infused liquors and the option to add “buzz buttons” to any drink for $3. The little flowers numb the mouth, causing tingling and providing a twist on the sensation of knocking back a shot or sipping a drink.

Sports Column, on the other side of the Refinery, has a basketball hoop inside and hosts official Iowa Hawkeyes watch parties. The sports bar has plenty of TVs and its own rooftop patio. It's slightly larger than Swanky’s or the Refinery, with more seating and a tiled floor that will help patrons remember exactly what bar they’re in — if they just look down.

Hayter's has a bigger space for dancing, and DJs play on Thursdays, Fridays and Saturdays. The bar is dedicated to the party, with designated beer pong tables, peanut butter Jameson shots and hard lemonade dubbed Hayterade. It bills itself as a home away from home for Chicago sports fans and Ohio State football fans. Head up the stairs to visit Tap 14 on the rooftop, a slightly distinguishing feature.

Even though there are some differences between these booze-fueled neighbors, can it really be called a bar crawl if every bar you enter feels the same?

Agree (or disagree) with the author? Share your feedback at [email protected].
KEEP WESTWORD FREE... Since we started Westword, it has been defined as the free, independent voice of Denver, and we'd like to keep it that way. With local media under siege, it's more important than ever for us to rally support behind funding our local journalism. You can help by participating in our "I Support" program, allowing us to keep offering readers access to our incisive coverage of local news, food and culture with no paywalls.
Make a one-time donation today for as little as $1.