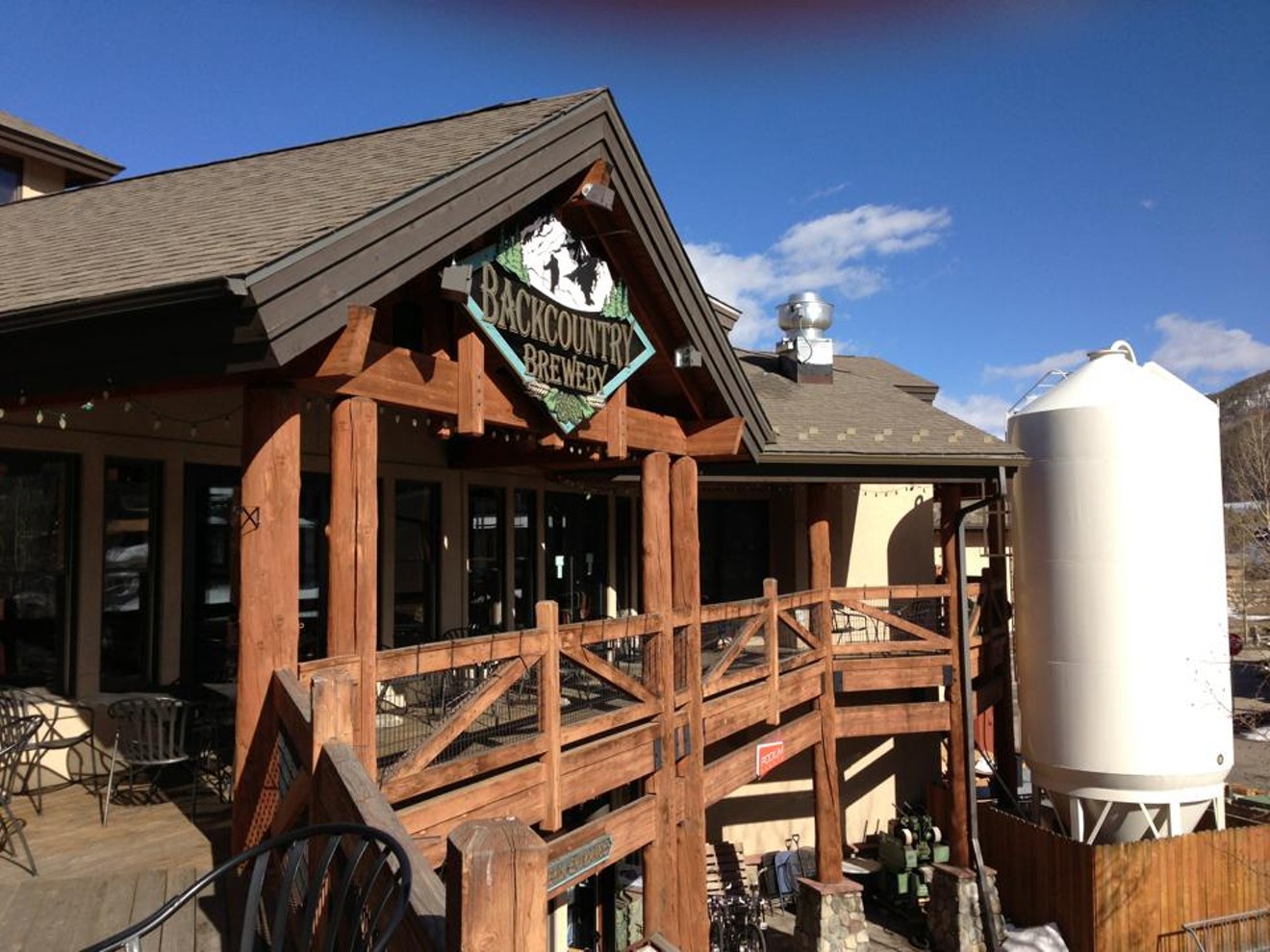 Westword file photo
Frisco's Backcountry Brewery, which closed last November before being sold to a new owner, will get a new name, a new look and new beers when it reopens sometime this spring. The prominent two-story spot, which sits at the corner of Colorado Highway 9 and Main Street, is currently undergoing a remodeling.

David Axelrod, who co-founded Broken Compass Brewing in Breckenridge in 2014, bought the brewery hoping to reopen it as a second location for Broken Compass. But after a dispute with former business partner and brewmaster Jason Ford, Axelrod sold his share of Broken Compass to Ford in order to focus on the new venture.

"It was recent and relatively unexpected," Axelrod says of the change. "We had different visions." While Ford wanted to focus on Breckenridge, Axelrod had hoped to expand Broken Compass county-wide. "I'm very proud of what we accomplished, though, and I'm happy knowing I'm leaving it in good hands."

But, wait! The story gets even more complicated. One of Axelrod's partners in the new brewery is Carrie Knose, who co-founded Living the Dream Brewing in Highlands Ranch in 2014. Knose is still part owner of Living the Dream, but stepped away from day-to-day operations because she and the other co-founder, Jason Bell, also had very different visions for the future of their brewery in many areas, one of which was distribution.

Knose and Axelrod got to know each other after they were both elected to the Colorado Brewers Guild board of directors late last year. She has since moved to Summit County to help run the as-yet-unnamed brewery. 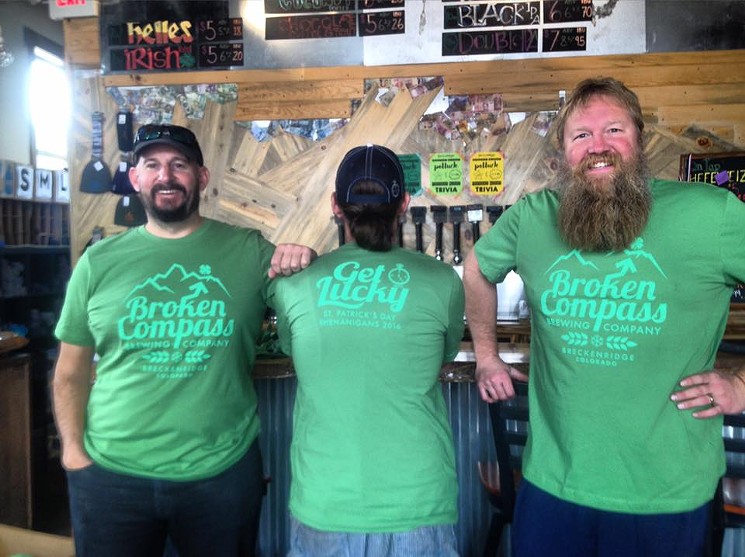 David Axelrod (left) and Jason Ford founded Broken Compass. Axelrod has since left to open another brewery.
Broken Compass Brewing
To help them out, Axelrod and Knose have hired Dave Simmons, formerly of Pug Ryan's Brewery, as the head brewer, and Jason Wiedmaier, formerly of Lone Tree Brewing, as a brewing consultant. They've also taken on a third business partner in Chris Galceran, an owner of Empire Burger, Briar Rose Chophouse and Park & Main, all in Breckenridge. Calceran will operate the restaurant side of the new brewery.

For the past few days, the group has been knocking around a few potential names, along with some beer ideas, including a session IPA, a saison, a gluten-free beer, a Berliner Weisse, some kettle sours and some German lager styles that Simmons brewed at Pug Ryan's.

They are hoping for a spring opening, but Axelrod cautions that the space needs "a lot of love," and that it will take some time to add a planned taproom on the first floor as well as a stage.

Founded in 1996 by a group of investors that included Frisco town councilman Woody VanGundy, Backcountry Brewery was sold in 2010 to Charlie and Joe Eazor, who owned several Summit County restaurants. They expanded the brewing operations shortly thereafter and began packaging their beer. But the Eazors decided to sell last year, telling the Summit Daily News that no family members were interested in taking it over.