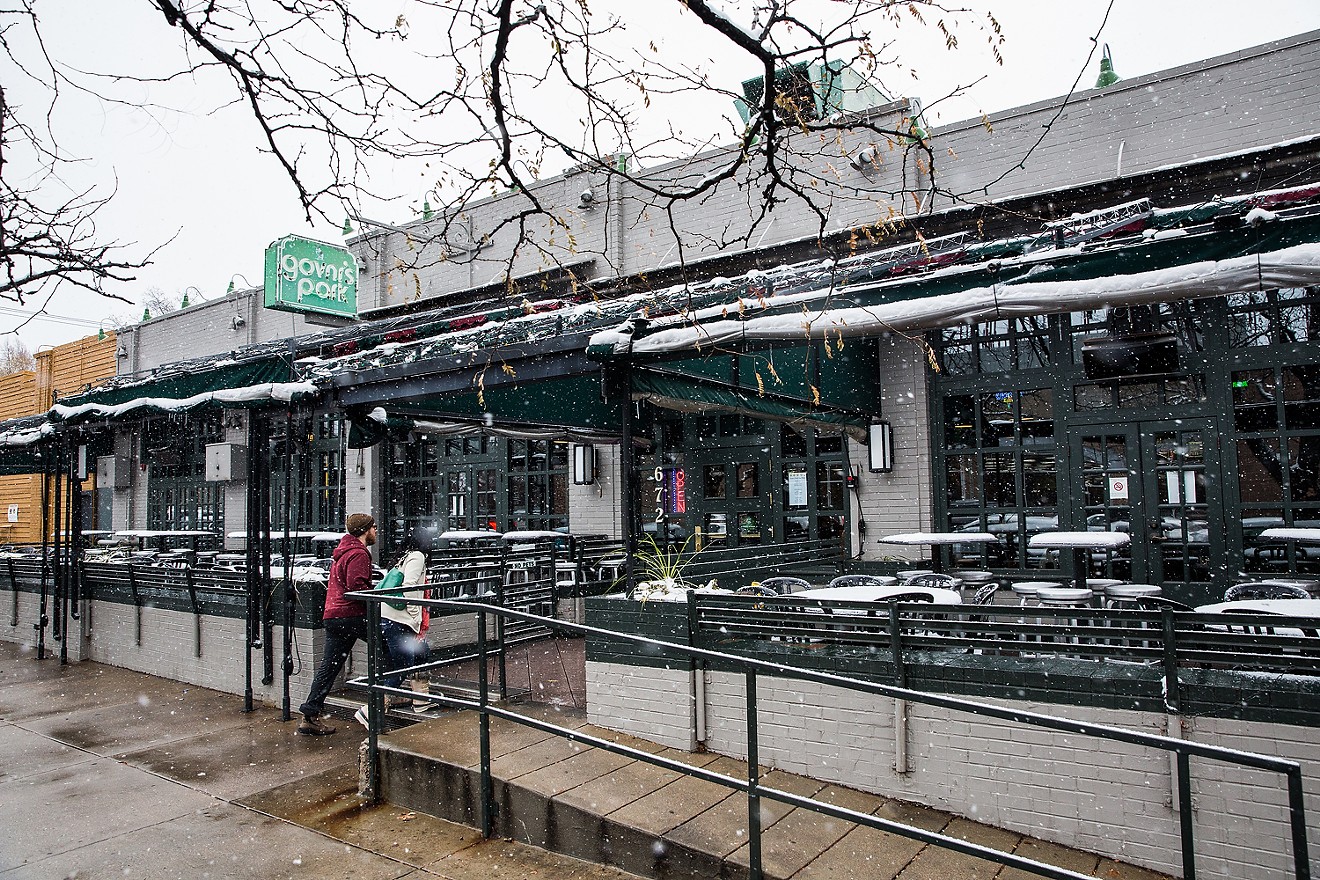 Govnr's Park Tavern held one last bash on November 11. Danielle Lirette
When the owners of Govnr's Park Tavern closed that bar and its nearby sibling, Lala's Wine Bar + Pizzeria, at the corner of Logan Street and East Seventh Avenue, last year, it marked the end of more than forty years in business there. But another local company is moving in with plans for both spaces. Carboy Winery, founded in 2016 by Craig Jones and Eric Hyatt, the owners of Angelo's Taverna, is opening its third winery and tasting room (after the original at 6885 South Santa Fe Drive in Littleton and an offshoot in Breckenridge), along with two restaurants.

Kevin Webber, director of winery operations for Carboy, says the company is taking over the entire building that held Lala's and Govnr's Park as well as a vacant dry cleaners. So there will be plenty of space for winery equipment as well as a bigger dining area, which will run as a separate business similar to the Carboy/Angelo's setup in Littleton, in the Govnr's Park space, while a completely separate breakfast restaurant will open where Lala's was. 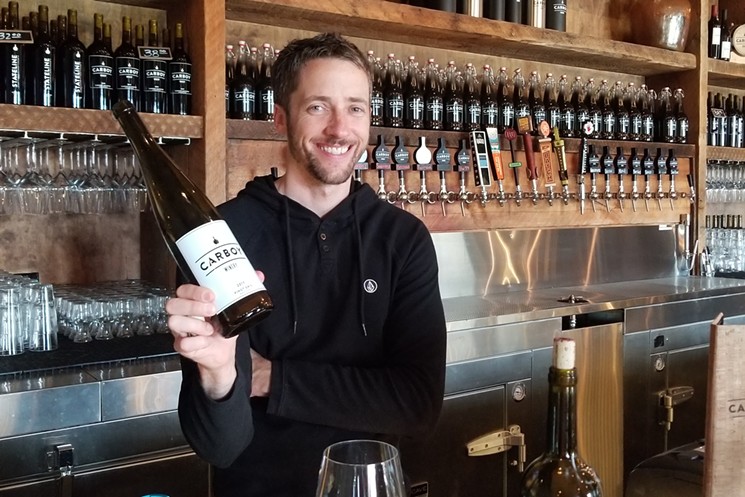 A new Carboy winery is moving into the old Govnr's Park space.
Krista Kafer
Webber says the company is not ready to release information about the eatery attached to the winery, except to say that it won't be an Angelo's (since the original, which they purchased six years ago, is only a few blocks away). The breakfast spot will be called Ivy on Seventh and is expected to open in early April.

The winery will take a little longer since there will be more of an overhaul of the south wing of the building to make room for wine-making equipment, but Webber thinks late summer is a reasonable estimate for opening. The Littleton Carboy is also undergoing an expansion to add more than 6,000 square feet of production space, part of the winery's push to build on its line of wines made with Colorado grapes. 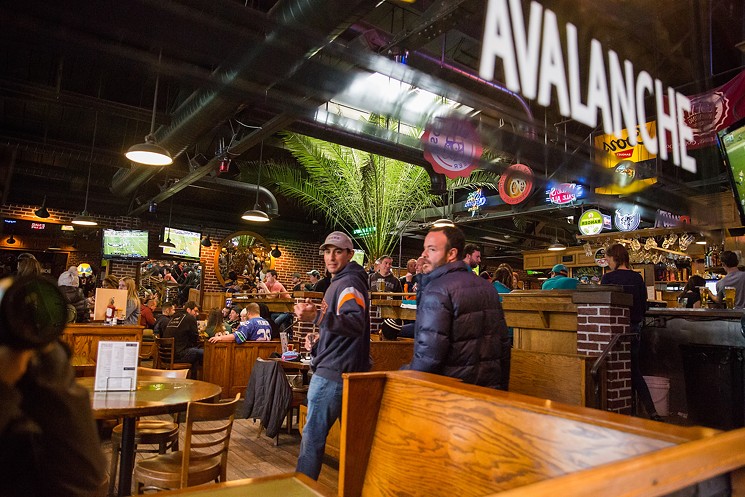 Govnr's Park Tavern regulars said goodbye to the bar — and the palm tree — in November.
Danielle Lirette
When Carboy first opened, the focus was on grapes from California and Europe, but that changed after the first year. "In 2017 we added eight different varietals grown in Colorado," Webber notes. "Those were so well received that we shifted gears. We're not just buying grapes, but working intimately with growers." The new wines, he adds, are "old-world style, leaner and more food-driven."

Chef Rebecca Weitzman, who earned praise while at Cafe Star on Colfax Avenue more than a decade ago, recently moved back to Colorado from New York City and will helm Ivy on Seventh as well as the yet-to-be-named restaurant attached to the winery. She'll have a whole new kitchen to work with, since not much of the blueprint of Govnr's Park will remain, according to Webber.

And what's become of the 100-year-old palm tree that called Govnr's Park home for 42 years? Carboy's owners initially offered it to the Denver Botanic Gardens, according to Webber. But when that plan didn't pan out, the tree was posted on Craigslist, where it quickly got snatched up  — by Bang Up to the Elephant, the Caribbean-themed restaurant at 1310 Pearl Street.
KEEP WESTWORD FREE... Since we started Westword, it has been defined as the free, independent voice of Denver, and we'd like to keep it that way. With local media under siege, it's more important than ever for us to rally support behind funding our local journalism. You can help by participating in our "I Support" program, allowing us to keep offering readers access to our incisive coverage of local news, food and culture with no paywalls.
Make a one-time donation today for as little as $1.