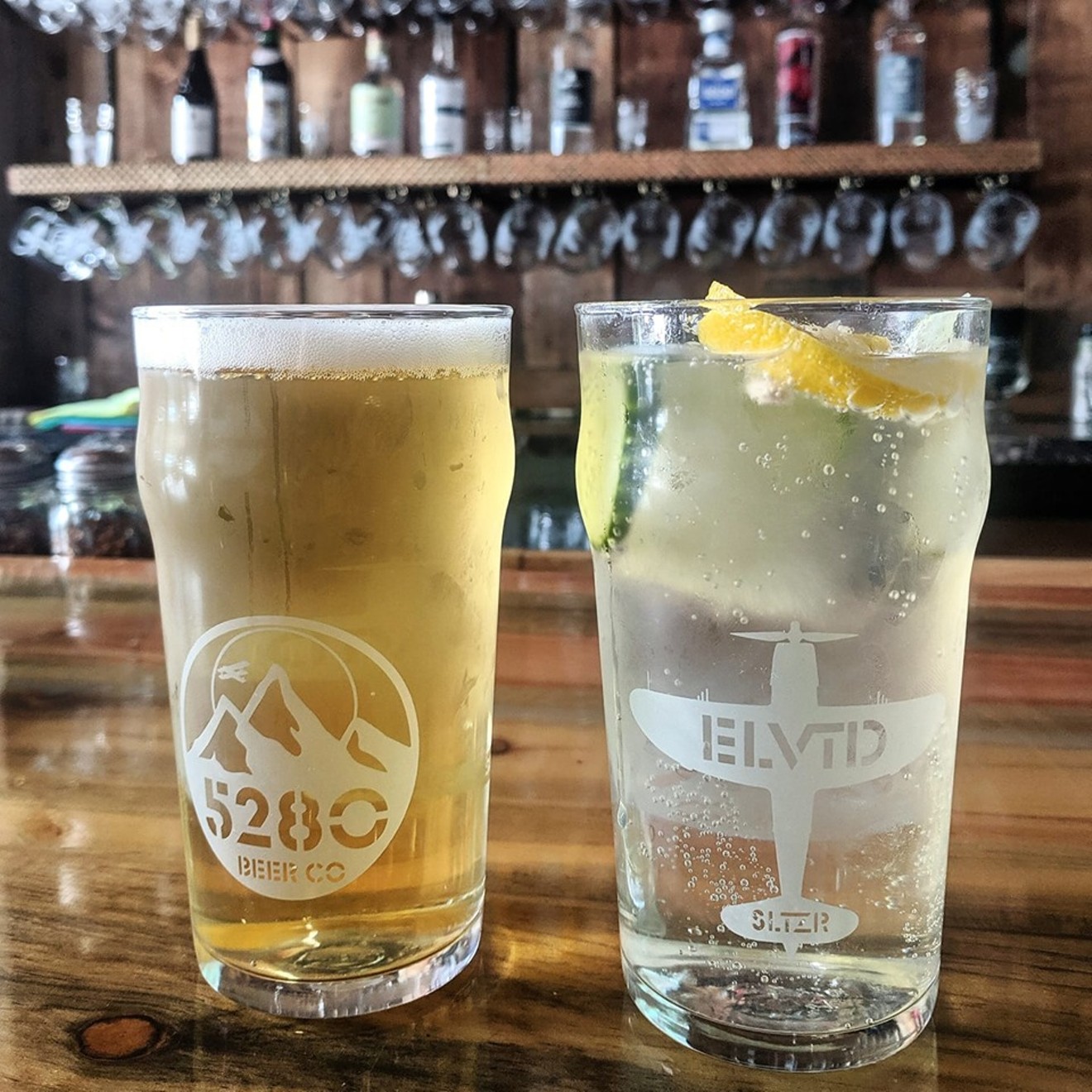 Hunter and Warren Wood grew up in the beer business. Their parents, Karen and Richard, opened Grand Lake Brewing near the western entrance to Rocky Mountain National Park back in 2002. At one point, they ran a restaurant and tap house in Grand Lake, as well, and distributed their well-known beers, including Plaid Bastard, Woolly Booger Brown and Trail Ridge Red, in bottled six-packs and kegs throughout Colorado.

When they were older, the boys worked for the brewery, doing everything required to keep the business running: cleaning kegs, making sales trips and brewing beer. When it came time for Karen and Richard to retire, they offered to hand over Grand Lake Brewing to the next generation, but Hunter had something slightly different in mind.

"I wanted to start my own thing and become the first brewery to specialize in hard seltzer," he says. "I found myself drinking them quite often at barbecues and other places. They didn't make me feel groggy and bloated, and I could still be productive later in the day. It hits all the categories that people are looking for these days. It's low-calorie, refreshing, gluten-free, low in sugar, and it actually keeps you hydrated."


In its place, Hunter has opened Elvtd at 5280, which just might be the first seltzer taproom in the country. Since Grand Lake didn't make beer at the location, Hunter had to apply for a manufacturer's liquor license. Luckily, hard seltzer is considered the same as beer in the state's eyes, which means he was able to buy a custom six-barrel brewing system and fermentation tanks with which he was already familiar.

The grand opening took place on July 5, and Hunter plans to keep at least four of his own hard seltzers on tap at all times, along with two seasonal variations. He'll also brew a few beers that will be on tap and will serve guest beverages, including ciders and other beers. Some of the flavors he's created so far include lemon-lime cucumber, blueberry, cloud berry, acai and tangelo. There's a piña colada seltzer on the way as well.

Elvtd 5280 will also serve pizzas, bruschetta, sandwiches and other food menu items, as well as cocktails. Hunter's parents will work part-time in the kitchen, and his brother Warren will handle sales and distribution.

Hard seltzer as a beverage has blown up in the past few months in an astonishing fashion. Recent sales reports from a variety of analysts show hard seltzer, led by the White Claw and Truly brands, have surged by about 30 percent each month since January and that they aren't slowing down. Hard seltzer is so popular that many local craft breweries have begun making at least one (or more) on a regular or semi-regular basis and serving it in their taprooms. Some of the larger makers, including Oskar Blues, Upslope Brewing and Denver Beer Co., now offer canned hard seltzer as well, and there are more — many more — on the way.

"I think it will create its own wave, like craft beer did a few years back," Hunter says. This August, Hunter plans to start canning and distributing the seltzers to local bars and restaurants.
KEEP WESTWORD FREE... Since we started Westword, it has been defined as the free, independent voice of Denver, and we'd like to keep it that way. With local media under siege, it's more important than ever for us to rally support behind funding our local journalism. You can help by participating in our "I Support" program, allowing us to keep offering readers access to our incisive coverage of local news, food and culture with no paywalls.
Make a one-time donation today for as little as $1.