Corrida will be the first restaurant partner to serve Land to Market regenerative meat. Courtesy of Land to Market
Since opening Corrida at 1023 Walnut Street in Boulder in 2018, restaurateur Bryan Dayton has committed the restaurant's mission and menu to honoring the culture of Spain. Instead of focusing on tapas, Dayton originally set out to create a Spanish-style steakhouse that pays homage to the Spaniards’ influence on the early-American cattle industry, using the highest-quality meats while doing so. Now, Corrida is the first-ever restaurant partner for Savory Institute’s Land to Market regenerative agriculture program, through which it will source sustainably raised beef for its menu.

Savory Institute is a Boulder-based nonprofit committed to holistic regeneration of grasslands around the world. As a way to advocate for independent producers, Savory started its Land to Market program as a sourcing network to connect companies with what it calls a “verified regenerative supplier roster” of sustainably raised animal products — including wool and leather along with meat and dairy.

It has been working publicly with brands like Applegate, Ugg, Epic Provisions and Kering (which represents luxury fashion brands including Gucci and Balenciaga) since late 2017, but has chosen Corrida as its initial foray into the hospitality industry.

Bryan Dayton hopes Corrida's partnership with Savory Institute will inspire change in the hospitality industry.
Courtesy of Land to Market
“We are very intentional about who we partner with,” says David Rizzo, chief operating officer for Land to Market. “We want to ensure the people [we work with] are ready to start this journey.” And a journey it is — ensuring that agriculture is not only sustainable but regenerative is no joke, Rizzo explains. “There’s a lot of complexity behind how we’re going to achieve our goals.”

Savory Institute uses a scientific monitoring protocol called Ecological Outcome Verification to track the data of its farming partners. It monitors indicators including soil health (measuring how much carbon is in the soil) as well as water capacity and attrition rates, or how well the soil is retaining water or eroding.

It also looks at the health of the flora and fauna in the agricultural areas, measuring the biodiversity of plants, insects and wildlife to understand how the whole ecosystem functions together. Only agricultural producers that have the monitoring done and show positive trends year over year are qualified for verification with the Savory Institute and Land to Market programs.

Parker Pastures in Gunnison is verified as a regenerative producer by Land to Market.
Courtesy of Land to Market
For its menu, Corrida will work with some local verified ranches, including Parker Pastures in Gunnison and Gleason Bison in Durango. Executive chef Samuel McCandless will weave the regenerative meat throughout the menu, but the spotlight will undoubtedly be on dry-aged American steaks. The partnership between Corrida and Land to Market is scheduled to begin rolling out in early December, and the full supplier switchover will be finalized in the spring of 2022.

With this new focus on restorative beef, Dayton hopes that Corrida can stoke conversation and change in the restaurant industry as a whole. He joins the growing number of restaurateurs — led by the likes of Alice Waters and Dan Barber — who are celebrating farmers and locally produced slow food. “I’m on a mission to work with regenerative ranchers,” he affirms. “And Land to Market is making those partnerships a little more accessible.”
KEEP WESTWORD FREE... Since we started Westword, it has been defined as the free, independent voice of Denver, and we'd like to keep it that way. With local media under siege, it's more important than ever for us to rally support behind funding our local journalism. You can help by participating in our "I Support" program, allowing us to keep offering readers access to our incisive coverage of local news, food and culture with no paywalls.
Make a one-time donation today for as little as $1. 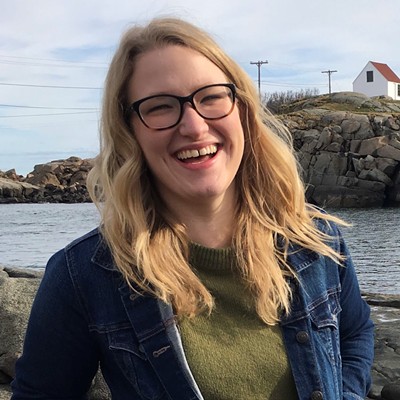