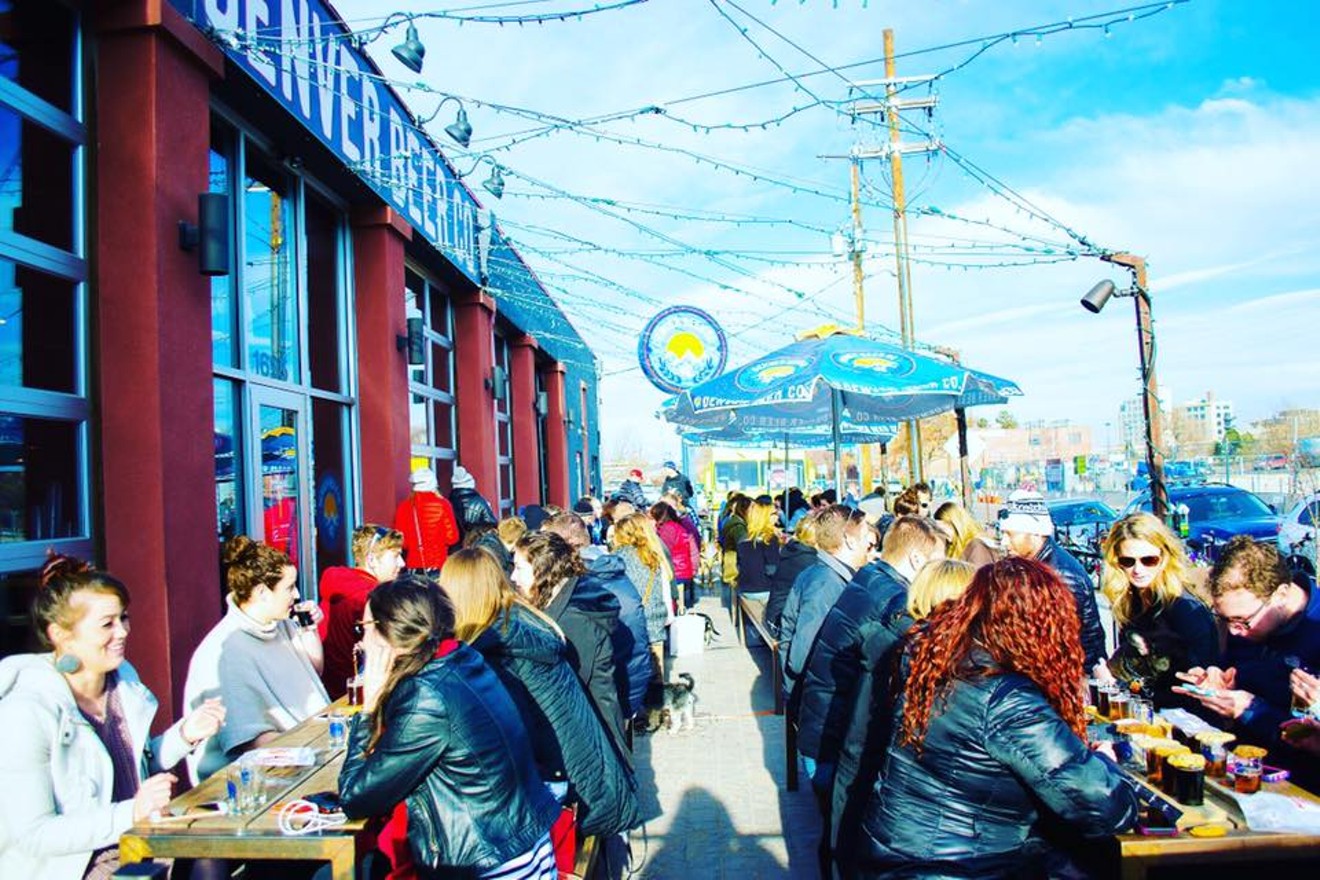 Denver Beer Co. will open Cerveceria Colorado next door. Denver Beer Co
The owners of Denver Beer Co. are planning to "create a bridge, rather than a wall" with their latest concept, a craft-beer bar serving ten Mexican-style beers and collaborations with Mexican breweries.

Cerveceria Colorado, at 1635 Platte Street, will be located next door to Denver Beer Co. in the space that previously housed the brewery's private event space, the Barrel Room. But it will look and feel like a completely different business, from a mural on the building to the interior design to the beers on tap.

"This will be super-unique and collaborative and celebratory. It will push the envelope into new flavors," says Denver Beer Co. co-owner Charlie Berger. "The idea is to be inclusive, but also have some fun with making these beers. ... Maybe we can get into some new markets and introduce new people to craft beer.

"People start breweries to make Belgian beer and German beer, so why not Mexican beer?" he adds.

Some of the traditional Mexican ingredients and flavors that the brewery plans to work with are cinnamon, chile, nopal, chocolate, mole, lime and agave. Many of the recipes will be created in collaboration with Mexican craft breweries, including Cerveceria de Colima, La Bru, Cerveceria Escollo and Casa Cerveza Cru Cru. The beers will be brewed next door at Denver Beer Co., but they will be branded as Cerveceria Colorado products.

The Barrel Room will be replaced by the new concept.
Denver Beer Co
Denver Beer Co. head brewer Jason Buehler has traveled throughout Mexico recently and has met and brewed with some of that country's craft innovators. “These brewers create excellent craft beer using fresh, local ingredients and have been kind enough to teach me about the different flavor profiles and unique characteristics of traditional Mexican spices and plants. There is a mutual excitement between our brewery and those we have connected with in Mexico to continue to collaborate," he writes in a statement.

Some possible beers include a churro stout, a salt-and-lime beer, a beer aged in tequila barrels and some Vienna-style lagers, like Dos Equis, which are very popular in Mexico. "A beer that you twist a lime into," Berger says. "We love drinking them, and we want to make them."

The interior of the 1,000-square-foot space, which is being renovated, will include "carefully curated pieces from Mexico to create a warm and welcoming atmosphere for patrons," the brewery says. The outside will include a patio with a Latino-themed mural from local artists Pedro Barrios and Jamie Molina. The Barrel Room space "is some of best real estate Denver," says co-owner Patrick Crawford. But it was underutilized.

Berger and Crawford are also up front about the fact that part of their motivation comes from the country's divided political climate. "This will have a different voice, maybe an irreverent one," Crawford says, adding that “Cerveceria Colorado is our way of creating a bridge, as opposed to a wall, in our community. [It] is built on the concept of inclusivity. The taproom will be a welcoming space. We hope it is a place where people arrive with an open mind to try new things and celebrate cultural diversity.”