Does Colorado Have Any Destination Breweries? Does It Need to? 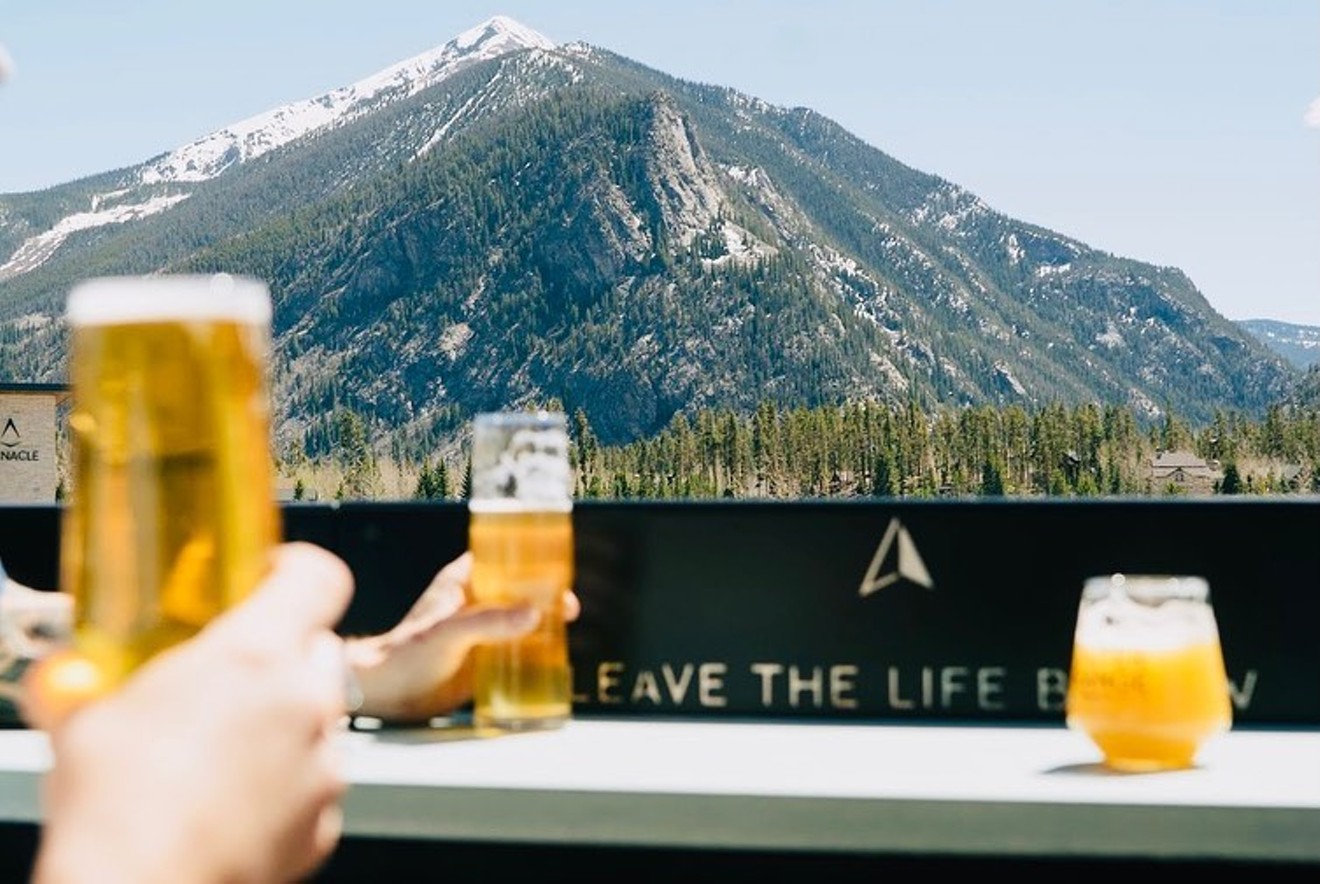 Outer Range has series second-story views. Outer Range Brewing
Last October, my wife and I took a bucket-list beer tour of New England. Although we spent plenty of time leaf-peeping, lobster roll-eating and taking in the sights and sounds of Vermont, Maine and New Hampshire, our entire route was dictated by the breweries we wanted to visit.

Some were easy to reach, but others required a fair bit of driving — taking us down roads that we would never have traveled otherwise. Most are well known for their beer outside of New England, and a few offered experiences beyond the beer alone. These “destination breweries,” as they are sometimes called, included the likes of Treehouse Brewing in Massachusetts; Vermont's the Alchemist and Hill Farmstead; and Allagash Brewing in Maine. Boston's Trillium Brewing also has a destination feel.

It made me wonder if Colorado has any destination breweries — the kinds of places that entice people from far and wide to go out of their way to visit and to plan entire vacations around. But answering that question for myself turned out to be more complicated than I’d expected.

The first thing I had to ask myself is, what makes a destination brewery? Here’s how I broke it down.

First and foremost, it should be known across the country for its beer. Good beer, buzzy beer, traditional or unusual — and beer that people can’t get at the supermarket very often.

After that, it should offer something that convinces visitors to stick around for a while, like: a park-like setting where people can soak up the sunshine or bring a picnic; multiple bars indoors or outdoors; games and events; above-average tours or events; interesting or quality dining; a terrific staff; a fantastic setting or scenery; or unusual and interesting spaces to sit and drink and talk.

It also helps if the brewery is located somewhere that takes a little extra effort to reach. New Belgium's foeder forest.
New Belgium Brewing
Using these parameters, perhaps Colorado’s foremost destination brewery is New Belgium Brewing in Fort Collins. Its famed tours, including a view of the foeder forest, are still suspended because of COVID, but they are on many people’s beer bucket lists. Although New Belgium was purchased in 2018 by Kirin — and its flagships are available in supermarkets all over the country — the company has done a good job of keeping small-batch wild and sour ales on tap, which keeps things buzzworthy. It is also located on a beautiful campus with plenty of funky touches, a well-educated staff and things to do.

Then there’s Breckenridge Brewery in Littleton. It has a beautiful park-like setting, restaurant, concert stage and acreage. But its beers, while well-made, rarely engender the kind of mania that people will travel for — and its purchase by Anheuser-Busch InBev in 2015 took some of the wind out of it its sails, as well. So it’s probably not a destination brewery outside of the state.

Avery Brewing in Boulder has some of these qualities, like the food, the various outdoor settings and small-batch beers, though some of its biggest liquid draws aren’t produced anymore and are only available in bottles from the cellar. Avery has lost some cachet since its purchase by Mahou San Miguel, but it remains a popular spot for people and a must-see for many travelers and beer lovers. 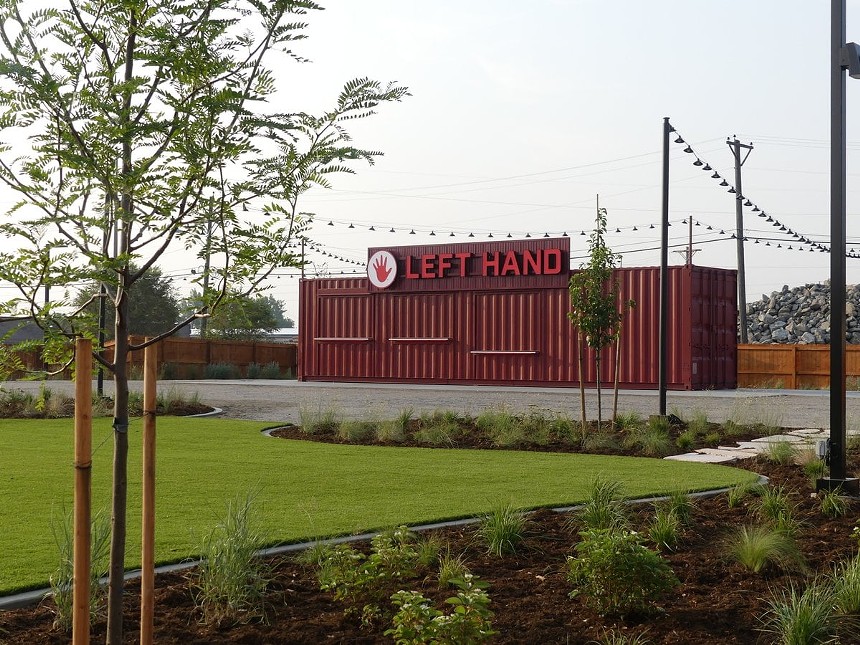 Left Hand's outdoor music space.
Left Hand Brewing
Two of the state’s biggest breweries, Left Hand in Longmont and Odell in Fort Collins, have aspects of destination breweries, too. Odell has a stunning patio space and a winery on its property, while Left Hand recently built its own outdoor concert venue and made other improvements. But Odell’s presence with two easier-to-reach taprooms in Denver and Left Hand’s prevalence on store shelves may make both of these breweries less appealing for tourists as destinations to go out of their way for.

Further afield, WeldWerks Brewing certainly has enough beer buzz to make people go out of their way. That's especially impressive because unlike Fort Collins, which is a destination in its own right, Greeley is not a tourist attraction, by any means. The brewery is also adding elements that could turn it into an even bigger destination spot in the future, including a kitchen serving upscale food. Plus, the brewery owns an entire city block, so it could have more outdoor space and other amenities down the road.

Outer Range Brewing in Frisco has also evolved into a larger draw. While it benefits from being just off of I-70 on the way to ski resorts, camping and rivers, the brewery expanded in 2020 to include a second story, a Thai chicken restaurant and a coffee shop. It also boasts beautiful views and features an Instagram-worthy winter-time yurt. Located in a shopping center, it has some limitations in terms of what it can do outdoors, but rumor has it there could be some larger parking lot events in 2022. Treehouse Brewing in Massachusetts.
Jonathan Shikes
Finally, there is Casey Brewing in Glenwood Springs. For years now, people have regularly driven for three hours each way from Denver to reach Casey — and then standing in line to buy its sours and barrel-aged ales. But Casey also has a bit of a split personality. The brewery itself, located in a lovely setting along the Colorado River, is largely open only for special tours and events. The taproom, meanwhile, is several miles away, in the city of Glenwood Springs. Visiting both takes a lot of planning.

Does Denver have destination breweries? Well, Denver itself is a destination, and visitors don’t really have to go out of their way to get here. So the answer is yes and no. Bierstadt Lagerhaus is probably the closest, with its well-regarded beer, slow-pour presentation, giant games, two-story layout, food menu and ever-expanding indoor and outdoor spaces.

The final question is whether Colorado needs destination breweries. After all, the state is already drawing tourists here for beer alone. A day in RiNo or on South Broadway, another in Boulder, Colorado Springs, Fort Collins and maybe even Durango are reason enough to come to Colorado — without even factoring in the mountains, the museums, Meow Wolf and other attractions.

But I would say that the answer is yes, the state does need destination breweries to compete, to keep up with other states, and to remain on the cutting edge of all that is happening in beer. Here's to watching that unfold in the next few years.
KEEP WESTWORD FREE... Since we started Westword, it has been defined as the free, independent voice of Denver, and we'd like to keep it that way. With local media under siege, it's more important than ever for us to rally support behind funding our local journalism. You can help by participating in our "I Support" program, allowing us to keep offering readers access to our incisive coverage of local news, food and culture with no paywalls.
Make a one-time donation today for as little as $1.