Lunch and dessert at the Yemen Grill. Mark Antonation
Through our Ethniche series, we've been searching out great global cuisine around the metro area for nearly three years. Recently, we've focused on food from the countries on President Trump's list of countries on which he has tried to place an immigration and refugee ban (so far, two of Trump's executive orders have been blocked by the courts). After eating at restaurants and markets representing six of the seven countries, Mark Antonation talked to KUNC community radio about his mission to share the food of Iran, Iraq, Syria, Sudan, Somalia, Libya and Yemen with Westword readers.

Here's a link to that KUNC story, along with our other explorations into the food of those countries represented in metro Denver. So far, we've hit every country except Libya. Afghan mantoo dumplings are one of many dishes available at Rice & Kabob.
Mark Antonation
The Cuisine of Iran Is Just the Beginning of Culinary Exploration at Rice & Kabob 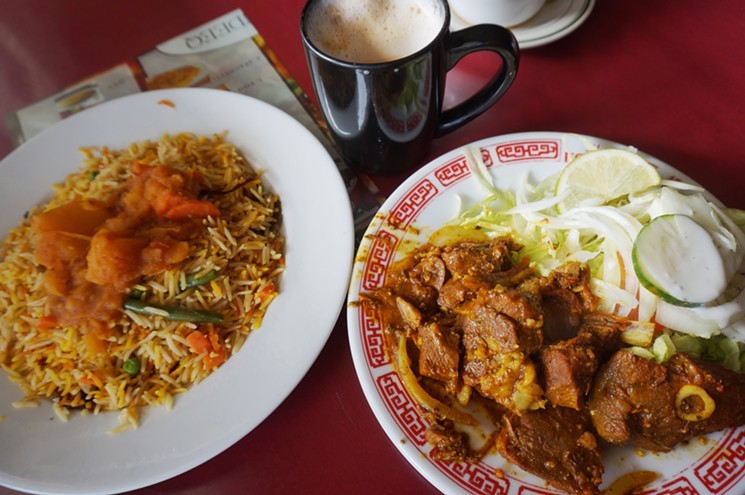