Euclid Hall Turning Off the Taps on March 16 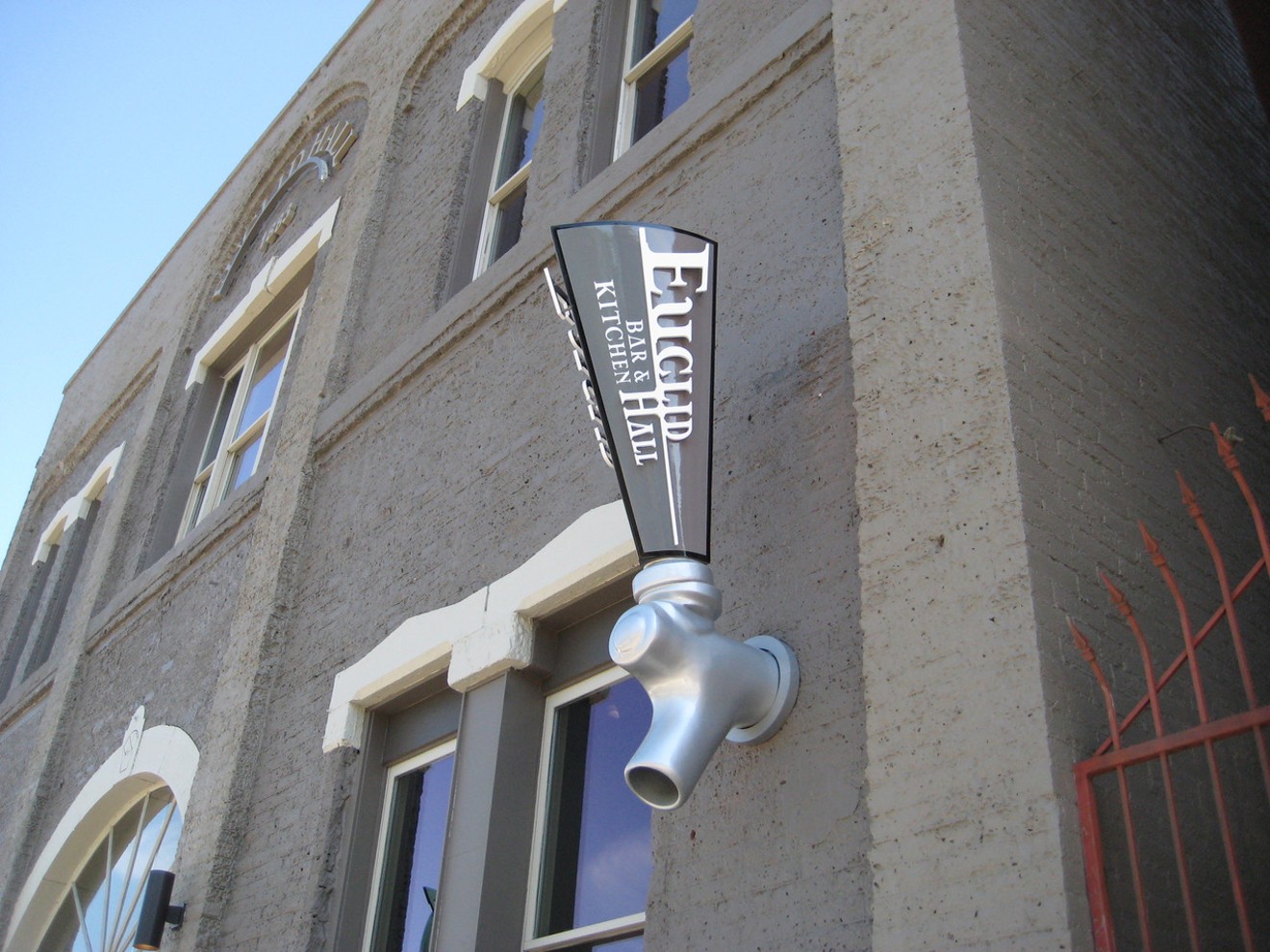 Jennifer Olson
It's time to say so long to Euclid Hall Bar and Kitchen.

The restaurant will turn off the taps at 8 p.m. on Monday, March 16, ending a successful ten-year-run on Larimer Square.

The owners had already been looking for another home for Euclid Hall, since its lease was up in August and Larimer Square is in the midst of some changes. But the coronavirus, and resulting cancellations of events that usually kept the restaurant and its popular bar fed with plenty of customers, has hastened its demise...at least in this location.

“The cumulative effects of the COVID-19 virus on our business really gave us no choice but to close now," says co-owner/chef Jennifer Jasinski. "We will continue to explore a new location for Euclid Hall, a concept we all love and are confident in.”

“We had a great ten years," adds co-owner Beth Gruitch, “and we’re looking forward to celebrating that success...with our outstanding staff and guests.” The owners told that staff about the impending closure on Saturday, March 14; they'd planned on holding the goodbye party on St. Patrick's Day, but Mayor Michael Hancock has now ordered all bars and restaurants closed (except for delivery and to-go) by 8 a.m. March 17.

Inside Euclid Hall.
Ron Pollard
Euclid Hall is the third restaurant from Jasinski and Gruitch, co-owners of the award-winning Crafted Concepts, just named a semi-finalist for Outstanding Restaurateur by the James Beard Foundation. (The final announcements of this year's winners have been postponed; Jasinski won James Beard Best Chef Southwest in 2013.) Crafted Concepts' other restaurants are Rioja and Bistro Vendôme on Larimer Square and Stoic & Genuine and Ultreia in Union Station.

Euclid Hall has more than forty employees; the owners hope to absorb as many people as they can at their other restaurants. A few months ago, that would have been easy, since the competitive dining market had made good employees hard to come by. But the uncertainty of the scene today has changed all that.

According to Jasinski, Crafted Concepts is doing its best to keep business up by adding new concepts, including a curbside pick-up program for takeout and expanded family meal options at Rioja, Stoic & Genuine and Ultreia. And soon it will have the Ponti, a new restaurant at the Denver Art Museum, to take on some of those displaced workers.

In the meantime, they owners are covering all their bills at Euclid Hall and "walking away as good businesspeople," Jasinski says, adding that they'd already looked at a few potential spots for a relocated Euclid Hall before the pandemic hit, but none had worked out.

"Now we'll have to see how this affects all five businesses," she notes. "We'd like to move, but it might take us longer."

The building that the restaurant will be vacating has a long and storied history. It was constructed in 1883 as a residence for Dr. Albertus Wheeler. Subsequently named Euclid Hall, it became a meeting place for groups including the Elks, Masons, Populist Party and the Denver Chapter of the Minutemen. By 1940, the building was home to the Cootie Club, a social club for the Supreme Puptent Military Order of the Cooties, a spinoff of the Veterans of Foreign Wars. The space became Maudie’s Flea Market in 1971, followed by Soapy Smith’s Eagle
Bar, named after one of Denver's greatest con men, from 1977 to 1999. It was then transformed into the Martini Ranch in 1999 and debuted as Euclid Hall in August 2010.

Euclid Hall is a frequent Best of Denver winner (it snagged Best New Bar honors in the Best of Denver 2011) and just made Conde Nast Traveler's roster of Denver's best bars — which makes this an ideal place to raise a glass on St. Patrick's Day and toast the end of a great decade-long run. "We're going to have some fun," says Jasinski. "I'm going to be cooking."

And she offers these final words: "Support your local restaurant...even if you just go get takeout."

Update: This story was updated at 11:30 a.m. March 16 to reflect Hancock's order that bars and restaurants be closed (except for takeout and delivery) at 8 a.m. March 17.
KEEP WESTWORD FREE... Since we started Westword, it has been defined as the free, independent voice of Denver, and we'd like to keep it that way. With local media under siege, it's more important than ever for us to rally support behind funding our local journalism. You can help by participating in our "I Support" program, allowing us to keep offering readers access to our incisive coverage of local news, food and culture with no paywalls.
Make a one-time donation today for as little as $1.