Vegetable pho at Pho 555, one of many pho options along Federal Boulevard. Claire Barber
Denver's dining scene is filled with tasty options — and we're hungering to go out. With so many new ventures and old favorites to visit, the choices can be overwhelming. So we're serving up Short Stop, with recommendations for things that should definitely be on your culinary short list. This week, head to Federal Boulevard for pho.

The place: The scene is eclectically casual. Christian rock plays in the background on the restaurant’s speakers, followed by an Adele cover. Behind me, two flat-screen televisions show a soccer game, then the news, silently. There’s a large orange fish in a murky tank, and vending machines full of toys and candy in the corner.

The restaurant can’t seem to decide on a vibe, but no one seems to mind. The tables are lined up tastefully in the spacious dining area, but methodically in preparation for crowds. A family is sitting in a booth in front of me, and their toddler’s tablet hums “Old Macdonald” on repeat. No one seems to mind. We are entranced…by noodles.

I stare at the fish tank across the room and calculate that my serving of pho could make a decent dent in filling its volume. Though I would never actually test that theory, there is definitely a lot of broth in front of me.

I am at Pho 555, one of ten pho eateries in Little Saigon, Denver’s Vietnamese cultural epicenter, which spans about a mile along South Federal Boulevard.

I was drawn to Little Saigon by chance several years ago, when a friend took me to nearby Pho Duy after a day of rock climbing. It was the perfect way to satiate my hunger after flailing and failing on an overhanging route. I’ve been returning ever since. Pho Duy boasts close to 2,000 Google reviews and receives consistently high ratings. It, along with most of the pho restaurants on this strip, is very similar to Pho 555. But dig in, and you’ll eventually find your place.

The egg rolls at Pho 555 are served with plenty of veggies.
Claire Barber
What you’re eating: Pho, duh. On my last visit to Pho 555, I ordered veggie egg rolls ($9.25), hot tea ($1.50) and a small veggie and tofu pho ($12.95), which was still a huge portion. The broth was hearty and tangy, accompanied by plenty of bean sprouts, chiles and lime to add myself.

My favorite thing, and the biggest appeal of Pho 555, is its ease. If you’re coming from I-25, it’s only a short detour. Plus, its long hours accommodate early-morning and late-night cravings. And its prices make ordering UberEats a bearable luxury.

The egg rolls were fresh, with enough noodles and lettuce on the side to be a salad in its own right, and my leftovers from the meal happily lasted me several meals.

Heading down Federal Boulevard for a pho fix? Expect casual, but clean and quick at Pho 555. Plus, if you’re with a large group, the tables are big and the selections are plentiful, so even pho foes will be happy. Order tea and dessert to make the whole meal an event, or grab a quick bite on your lunch break.

If you want to explore the area more, check out the nearby Suvipa for curries and other Thai staples, or Star Kitchen, a popular dim sum spot right next to Pho 555.

You can also find a comprehensive list of the area’s eateries at littlesaigondenver.com.
KEEP WESTWORD FREE... Since we started Westword, it has been defined as the free, independent voice of Denver, and we'd like to keep it that way. With local media under siege, it's more important than ever for us to rally support behind funding our local journalism. You can help by participating in our "I Support" program, allowing us to keep offering readers access to our incisive coverage of local news, food and culture with no paywalls.
Make a one-time donation today for as little as $1. 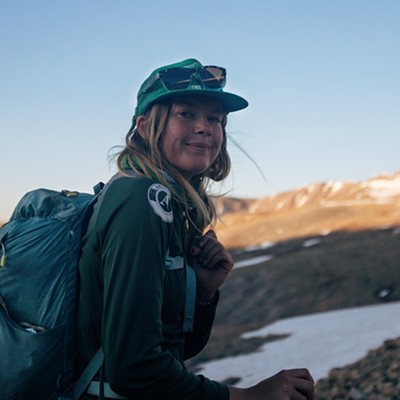 Claire Barber is a freelance writer based in Colorado Springs. She frequently writes about the outdoors, the environment and travel. You can find her bylines in Outside, Field & Stream, SKI Magazine, Field Magazine and more. If she's not writing, she's making stir fry on her sketchy camp stove. It's usually a mess.
Follow:
Twitter: @CClaireBarber
Instagram: @cclairebarber