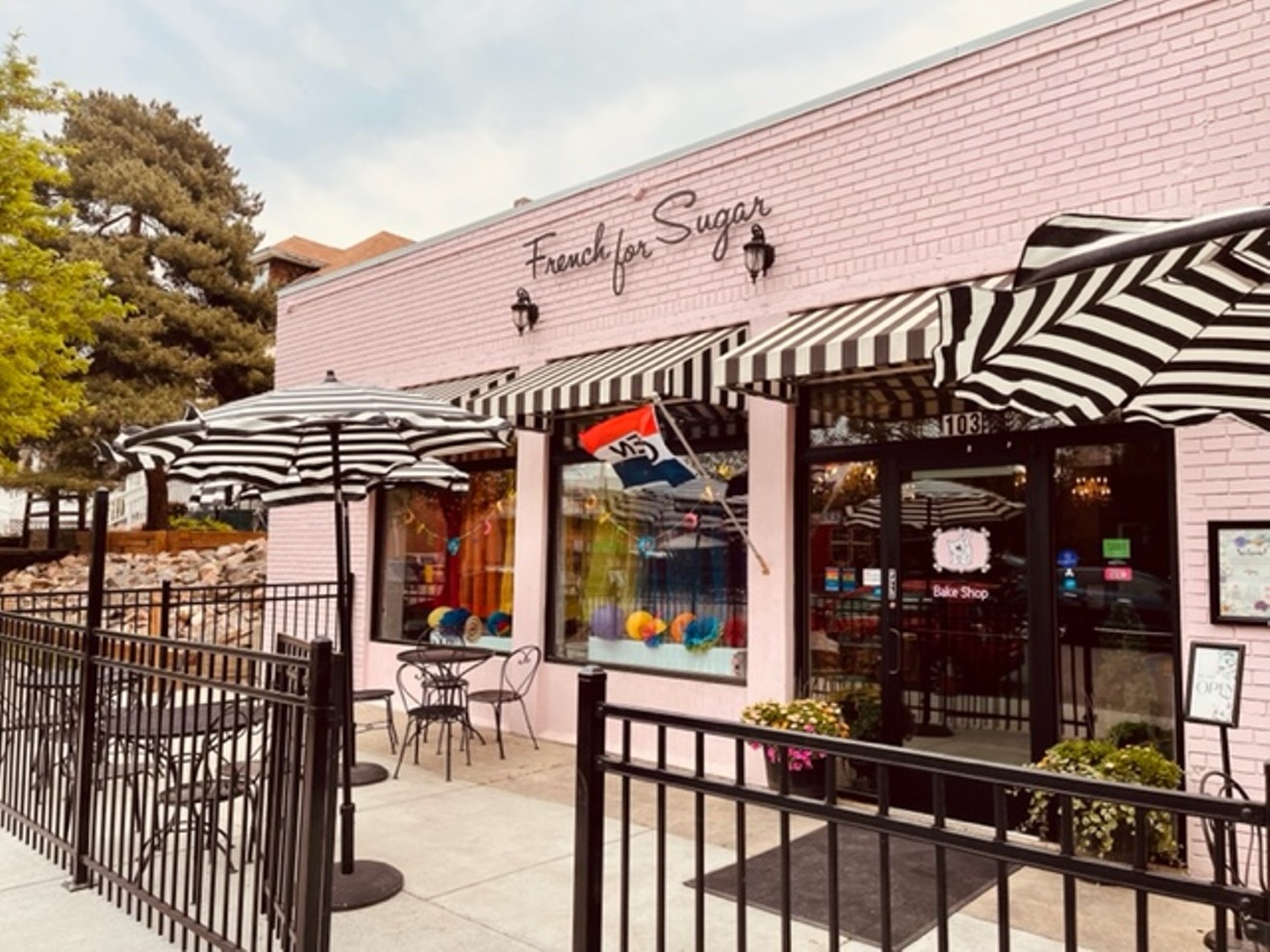 The pink-hued exterior of French for Sugar hints at the treats inside. Michelle Hadden-Weekley
Just off Colfax on Marion Street sits a blush-colored building that's home to French for Sugar. No, it’s not a French bakery — it doesn't sell bread, as an upset French patron once pointed out. Instead, it specializes in sweets and treats from home baker turned pro Michelle Hadden-Weekley.

Growing up, Hadden-Weekley spent a lot of time in the kitchen learning to bake from her maternal grandmother, Sally. A child of German and Russian immigrants, Grandma Sally also learned to bake at an early age, and passed the skill on to her granddaughter, who later turned that hobby into a career.

Hadden-Weekley founded French for Sugar with her husband, Garrett Weekley, a decade ago, after 22 years of working in the entertainment industry. As a publicist on tour buses, her job required travel 100 percent of the time. So when she met and married the love of her life — who happened to be a schoolteacher — it was time to settle down. A semi-naked cake created for a wedding at The Manor House in 2021.
Michelle Hadden-Weekley
She bounced around Denver looking for the perfect job, but it wasn’t until her grandmother got sick and passed away that she decided to finally turn her love of baking into a business. What started as baking for friends and family out of her home grew into a commissary kitchen, and in 2017, the brick-and-mortar version of French for Sugar opened at 1201 East Colfax Avenue.

“[Grandma] was a cake person, so we have a ton of different flavors. Her signatures were carrot cake and her red velvet cake,” says Hadden-Weekley. “The way we go about making cakes is the way she would have done it: following the recipe to a T, using quality ingredients, and [creating] a good crumb — dense but not too dense. She would've said she had the best recipes.” Now those recipes are staples at French for Sugar. “[Grandma Sally's] fingers are in everything we do," Hadden-Weekley confirms.

On any given day, you can find eight to ten varieties of cupcakes; French for Sugar offers over one hundred flavor combinations in total. Orange elderflower, strawberry milkshake, orange dreamsicle, fleur de sel (salted chocolate caramel) and crème brûlée (which also happens to be the top-selling wedding cake this season) all make appearances in the rotating selection. There are other pastries available daily as well, including French macarons; lemon, pecan and Key lime bars; and cookies and eclairs, to name a few. 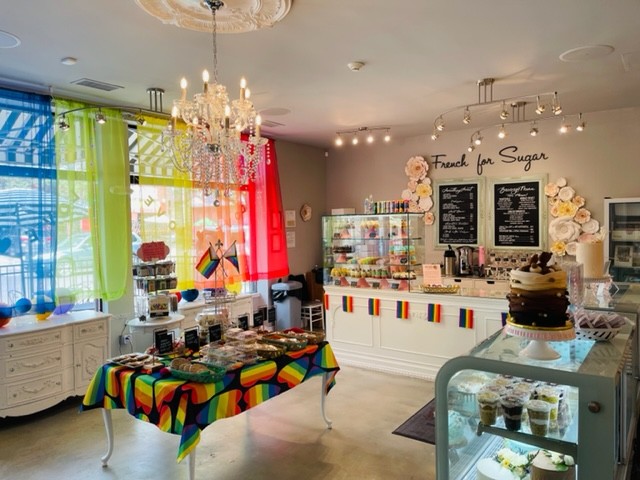 The bakery decorated for Pride. It will also be in an episode of the upcoming Discovery+ show, Generation Drag.
Michelle Hadden-Weekley

Not only are the recipes handed down from Grandma Sally, but the name French for Sugar comes from her, too. “As a little kid, you don’t really realize that when adults are talking, they have a potty mouth,” recalls Hadden-Weekley. “It wasn’t until I got a little bit older that [Grandma] would pop out a good cuss word and I knew what it meant at that point, and she’d say, ‘Oh, no, no, no, that’s French for...' or ‘Pardon my French.’ So the name is something she would have gotten a kick out of.”

Le Rêve, French for “dream,” is the event space attached to French for Sugar. It’s open daily for those who want to enjoy their cupcake with a cup of tea, but it can be rented out for private parties like bridal and baby showers, too. It's also the setting for the bakery's signature events such as seasonal high teas for Mother's Day and Christmas along with a drag queen edition for Halloween. Paired with a new patio and a newly acquired liquor license, French for Sugar has some fun things on the horizon and will soon offer French wine and charcuterie boards.

The bakery recently kicked off Pride month with an appearance in an episode of the newly released Discovery Plus docuseries Generation Drag. French for Sugar gets its fifteen minutes of fame in episode four, as Hadden-Weekley invites the teens in the show to decorate cupcakes.

In addition to the daily sweets and cakes in the case, French for Sugar offers custom cakes. All pastries are on a first-come, first-served basis, so get there early for the best selection, as many popular items, like the macarons, typically sell out by noon.

French for Sugar is located at 1201 East Colfax Avenue and is open from 10 a.m. to 5 p.m. Tuesday through Saturday. For more information, visit frenchforsugar.com.
KEEP WESTWORD FREE... Since we started Westword, it has been defined as the free, independent voice of Denver, and we'd like to keep it that way. With local media under siege, it's more important than ever for us to rally support behind funding our local journalism. You can help by participating in our "I Support" program, allowing us to keep offering readers access to our incisive coverage of local news, food and culture with no paywalls.
Make a one-time donation today for as little as $1.