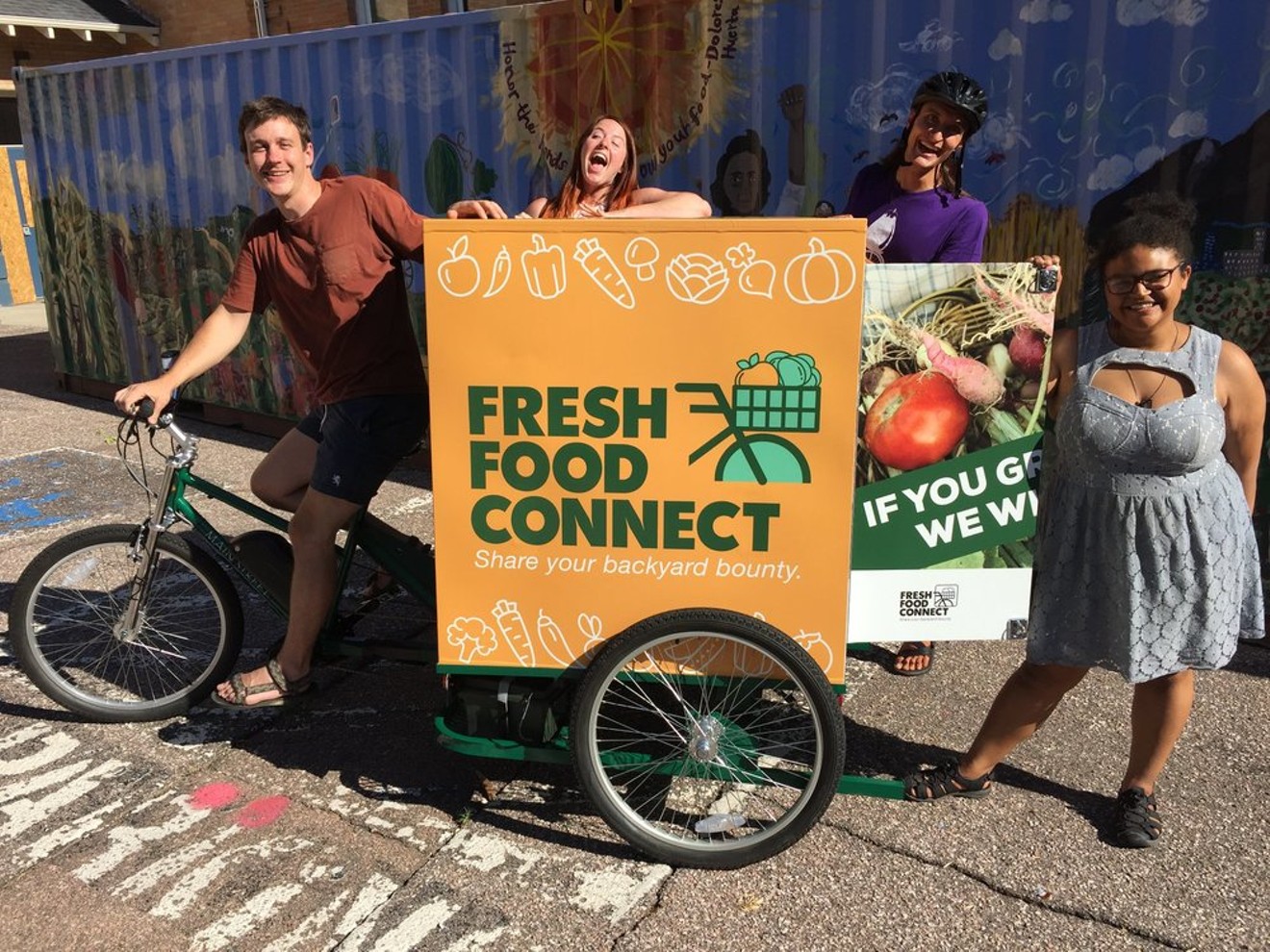 The time for the zucchini harvest is now, and instead of leaving them on doorsteps or giving them to random passersby, why not donate them through Fresh Food Connect, a nonprofit food-share program?

"The more users we have on the gardening side, the more folks we can get the food to and the more we can serve the community," says Helen Katich, who runs Fresh Food Connect. The best way to contribute, she says, is to "garden and think about the abundance and what you can share."

Fresh Food Connect allows home and community-plot gardeners to sign up to donate as much or as little produce from their land as they want, whether that's a two-pound zucchini, a box of tomatoes, a pint of green beans or anything else extra that might otherwise go uneaten. Volunteers from the organization pick up the produce, often on a bike with a small trailer attached, and deliver it to one of their food distribution partners. From those distribution centers, the food goes to people in need. Zucchini and summer squash are the vegetable of the season right now.
Linnea Covington

"In Denver we estimate that it is upwards of 750 individuals who have access to the backyard garden produce though the distribution channels of our nonprofit partners," says Katich, adding that the day we spoke, Fresh Food Connect collected about 200 pounds of fresh food from twenty home gardens.

When Fresh Food Connect first launched as a pilot program in 2016, it focused on area code 80205, and specifically the Clayton neighborhood. Over the first year, it took off as more food rescue and hunger relief organizations partnered with the produce collectors. FFC continued to grow organically and pick up produce from more and more metro area zip codes, and the network eventually spread all over Colorado, with chapters opening up in Durango, Colorado Springs, Boulder, Longmont and other cities.

Currently FFC works with Denver Food Rescue, Boulder Food Rescue, Metro Caring, Groundwork Denver and other organizations dedicated to ending hunger in the city. Cookbooks created by some of these organizations are also available to help people prepare and enjoy the produce they're receiving. 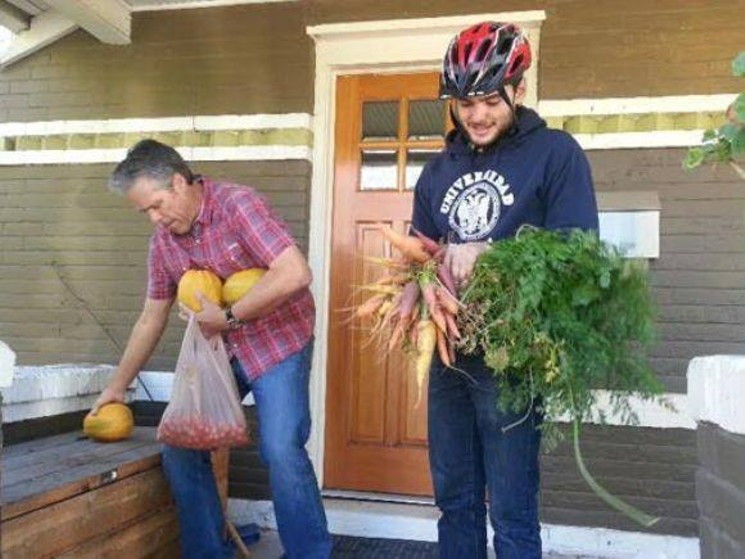 "This program is for community by community," says Katich. "These groups are really phenomenal."

One of the original home gardeners to sign up for the program was Pamela Talley, whose large backyard garden thrives in northeast Denver. She discovered Fresh Food Connect while perusing Nextdoor.com. "What Fresh Food Connect is doing is significant on so many levels; it's helping the food waste and contributing to hunger relief in areas with food insecurity," she explains.

Like many other gardeners, Talley has an abundance of zucchini popping up, as well as sage, basil, parsley, green onions, tomatoes, tomatillos and Thai chiles. "We have had a bumper crop of peppers and then cucumbers — oh, my gosh. We end up with so many, and I have tried my hand at pickling with little success, so I would rather just donate," the gardener adds.

On average, Talley gives about three and a half pounds of food each week; her largest donation weighed in at fifteen pounds. Katich also donates produce to the program she runs.

"It's encouraging to the backyard gardener; even if you just have a zucchini, they'll take it," adds Talley. "There is no part of this state that wouldn’t benefit from having a food rescue; it's just about bringing them into the fold."

Right now FFC's small staff is busy spreading the word and looking for more distribution partners to grow the movement. COVID-19, says Katich, has helped in an unexpected way because many people stuck at home have been building modern versions of victory gardens. The trend to plant food this year was so prevalent, she notes, that many nurseries and garden centers sold out of seeds.

This growth of gardening has been a boon for Fresh Food Connect and the communities it serves, as an influx of new members allowed even more food to be shared. See the organization's website for information about contributing and to download the Fresh Food Connect app so you can get your own garden bounty into the right hands.
KEEP WESTWORD FREE... Since we started Westword, it has been defined as the free, independent voice of Denver, and we'd like to keep it that way. With local media under siege, it's more important than ever for us to rally support behind funding our local journalism. You can help by participating in our "I Support" program, allowing us to keep offering readers access to our incisive coverage of local news, food and culture with no paywalls.
Make a one-time donation today for as little as $1.