The building was constructed in the 1930s and has long been a favorite local watering hole. Nate Day
Front Range Inn, at 7779 Morrison Road, was a Lakewood staple for years. Originally built in the 1930s, it became a favorite spot for locals to grab a drink and some grub, but like many businesses, it took a hit during the pandemic and ultimately shuttered in early 2021. However, the bar won’t be gone much longer, as a pair of new owners plan to reopen the doors at 10 a.m. on May 20.

Kevin Carpanini was familiar with Front Range Inn, having operated the building’s ATM before he decided to go into business as a restaurateur. Along for the ride: his sister, Jen Rugh. According to Rugh, the previous owner, Aaron "Hersh" Herkovitz, had “quite a few offers” to purchase the bar, but turned them all down “because it wasn’t the right person, it wasn’t the right idea of what they wanted to do with it.”

“We had a long discussion about what I saw here, and that I thought it was special and cool,” Carpanini recalls. “He just wanted to give it a good home.”

“This place is special to him and to his wife, and I think he had an idea of what he wanted to see for its future, and we were the chosen ones,” Rugh adds.

The siblings say that before they considered buying the Inn, they had only casually talked about starting a business together — but they were more than happy to take formal steps to do so when the light turned green. 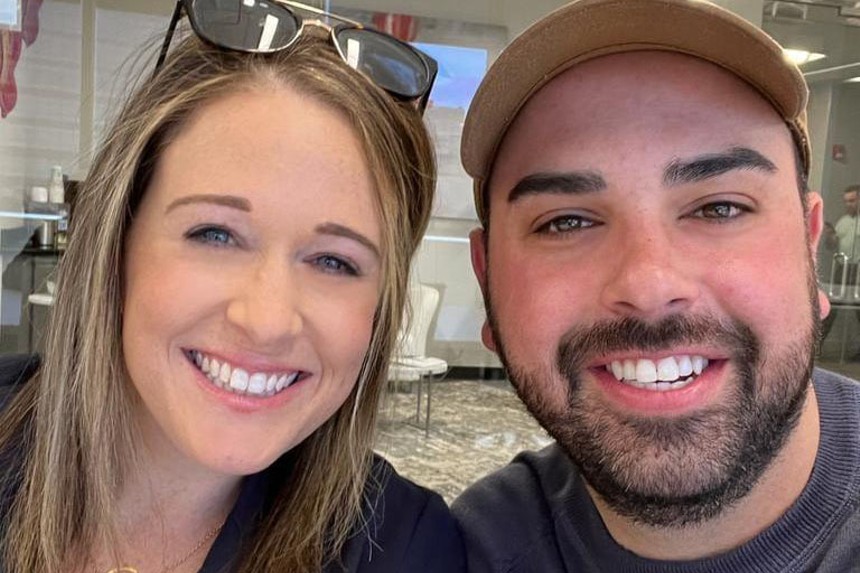 Front Range Inn owners and siblings Jen Rugh (left) and Kevin Carpanini (right).
Photo courtesy of Front Range Inn
While Carpanini and Rugh have been hard at work bringing the place up to snuff for a few weeks now, don’t expect to see too many drastic changes around Front Range Inn, as the siblings were taken by the homey charm the bar boasted and aim to keep a similar vibe. “There’s a cult following to this place. The locals love it. They’ve been coming here for years. It’s their Cheers, really,” Rugh gushes. “The reason they love it is because they can come alone and know five people here and sit down and talk and not be by themselves, so we definitely want to bring that sense of community back. ... We don’t want to stray too much from what it was."

“We’re in the middle of their neighborhood, so we’re trying to cater to this community and give them their spot back," Carpanini adds.

There will be a handful of changes — the carpet has been removed from the walls in the pool room, for example — but other differences will be virtually unnoticeable. The kitchen has been updated, and Carpanini says he plans to get newer televisions to hang on the walls.

Beyond the building's four walls, the duo has big plans for the outdoor space as well, including hosting events in the parking lot such as farmers' markets, Christmas tree farms and car shows — the first of which will take place on May 29.

The siblings also hope to add a patio and bus service to Red Rocks, which is just fifteen minutes away, tapping into the concert-going crowd. “We are planning on having the kitchen open later than anywhere else around here, because there’s nowhere to go,” Rugh notes. “Morrison shuts down at eight or nine o’clock. You want to come get a beer and a bite to eat after a Red Rocks show, we’re going to be that spot.”

The menu will boast “good bar food,” as Carpanini puts it, with a supper club on Friday and Saturday nights. On top of that, they plan to host two happy hours a night.