Can You Keep a Secret? Gaijin Omakase Hopes So 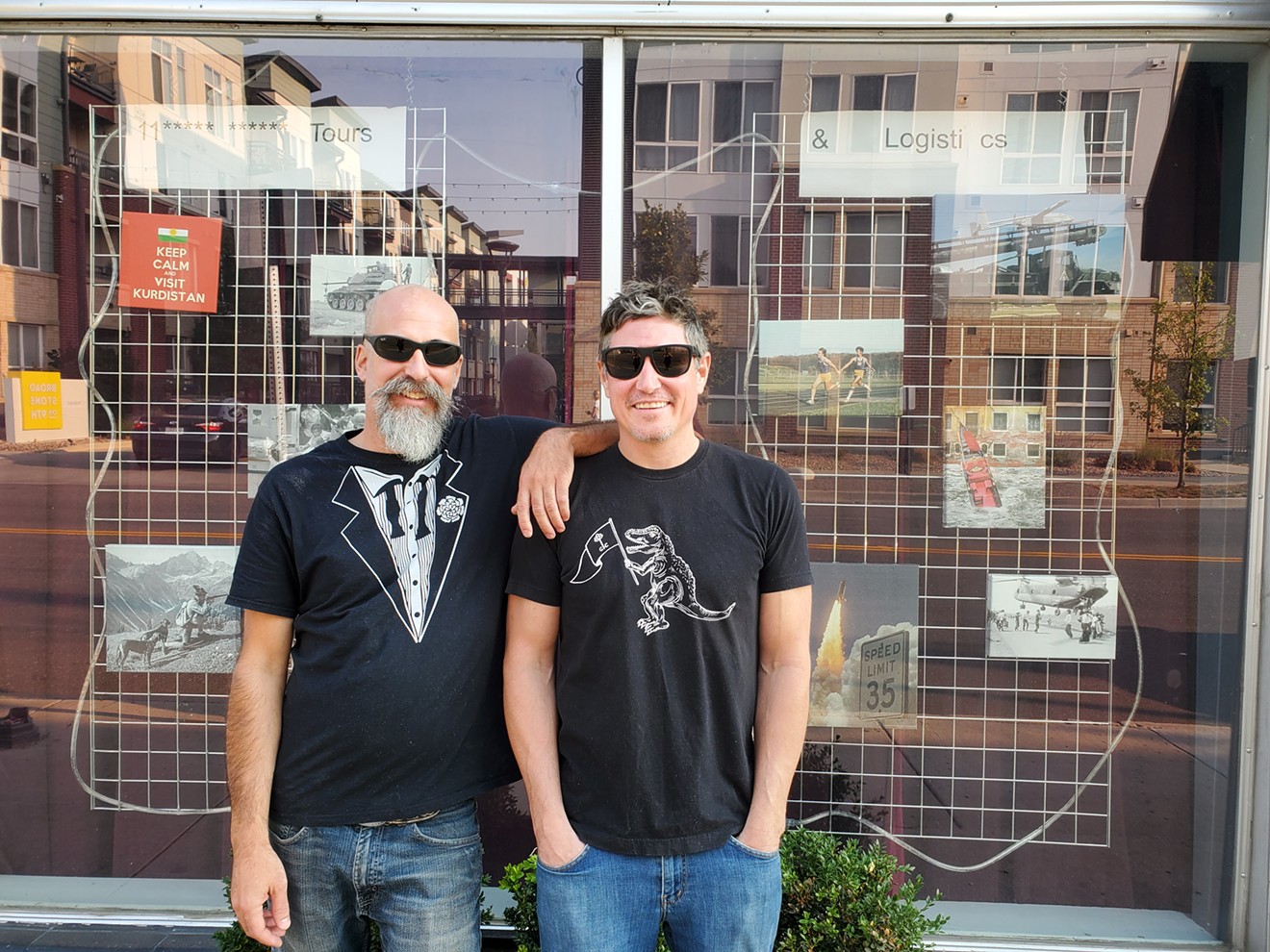 They're new to Denver, and relocated to the Mile High City just days before all restaurants were shut down on March 17, 2020 — so they didn't have much of a chance to get to know the city or the dining scene before starting work on this project. While they are (obviously) not Japanese, they decided to open an omakase-style restaurant, a traditional Japanese concept that means "I'll leave it up to you." The omakase option is most often offered in sushi restaurants, when guests cede control of the meal to the chef, who doles out courses with no set menu.

But Lockwood and Schindler know all of this. They put "gaijin" in the name, after all, and the two embrace irreverence. "That's what I wake up in the morning doing," Lockwood admits.

This is Lockwood's fourth restaurant. He previously owned spots in Berlin, Germany, Jackson Hole, Wyoming — where he and Schindler met and opened a wine shop together — and upstate New York. Schindler crafted the wine list for Lockwood's last eatery that was named, yes, "Schindler's List." For several years, Lockwood worked as a private chef and had clients in Vail and Beaver Creek; he'd often travel through Denver and "really fell in love" with the city, he says.

After deciding he wanted to get back into the restaurant business and relocate to Denver, Lockwood reached out to Schindler, who was still living in Jackson Hole. The two made the move, only to have the pandemic interfere. "We had a wildly different plan for a restaurant than this," Lockwood explains, "but when COVID came, we said, 'Let's shut down and COVID-proof a place.'" The eight-seat Gaijin Omakase, which focuses on serving high-end seafood (and other surprises), was the result.

"I've been dreaming of a sushi concept for some years; it's always been in the back of my mind," Lockwood says. That desire stems from his experience traveling in Japan and eating at small sushi counters there.

Gaijin Omakase has been quietly open since July and is located...well, Lockwood and Schindler asked that the specific location not be shared. "If you dig, you can find it," Lockwood promises. But the mystery is part of the appeal. As the website notes, it's five minutes from Cherry Creek. In fact, it's hidden in plain sight, behind an unassuming storefront window filled with seemingly random photos and "11*********** Tours & Logistics" displayed on white printer paper in front of a curtain that blocks any view of the interior.

Reservations are required to get inside, where a multi-course chef's-table experience — and karaoke on demand, if you're so moved by the flowing booze — awaits. Lockwood and Schindler work the counter together, engaging with guests and creating an intimate party atmosphere. "It's not stuffy at all," Lockwood notes. There's a back door with a buzzer, too, for guests who prefer to avoid being seen street-side, a consideration that members of Denver's sports teams, for example, might appreciate.

The menu will change depending on what's available: Lockwood is all about quality. "There will be some staples, but fish is very seasonal," he explains. "And we're really coming into season now. Summer is the worst part of the year for sushi." Instead of sake, courses are paired with wine, chosen by Schindler. The bar is also stocked, and selections include several rare liquors; whiskey is often opened as the meal comes to an end. The two tell guests up front that it's best to not drive here. "Come catch a buzz, have a good time, let loose. I want you coming here looking to have a good time, and we will facilitate that." Lockwood notes.

All of this fun comes with a price tag that is, admittedly, high for Denver. During the week of September 8, the meal cost $380 per person, which included wine along with seventeen plates. Unlike most places with a similar price point, guests do not pay in advance. "If you're unhappy with my food or service, you leave with no bill, drunk, and with a bottle of wine in your hand wondering what just happened," Lockwood says.

While Denver's got a lot of options for breakfast burritos and burgers, high-end dining like this is far less common. But as the city grows, the culinary scene is evolving. "In Seattle and New York, Chicago, you can have everything," Lockwood says. "You can have the greasy sausage and you can have the tip-top. ... It's about having options."

"Where do you go when it's a date or an anniversary or a friend's birthday and you say, 'I want to have the best frickin' meal'?" Schindler adds. "Maybe it's once a year or once in a lifetime, but where do you go when you want to..."

"Blow it out," says Lockwood, finishing the thought.

Dinner is served Wednesday through Sunday at 6:30 p.m. After 10 p.m. the space becomes 11*********** Star Bar and is open for cocktails, caviar and other delights late into the night. Both Lockwood and Schindler's phone numbers are listed on the website and are the key for scoring a reservation for entry.

Despite the secrecy, speakeasy vibes and exclusive feel, fun remains the bottom line here. "We're not snobby," Lockwood says. "I just care whether you like it or not."
KEEP WESTWORD FREE... Since we started Westword, it has been defined as the free, independent voice of Denver, and we'd like to keep it that way. With local media under siege, it's more important than ever for us to rally support behind funding our local journalism. You can help by participating in our "I Support" program, allowing us to keep offering readers access to our incisive coverage of local news, food and culture with no paywalls.
Make a one-time donation today for as little as $1.