Reader: Colorado's Green Chile Is in a League of Its Own 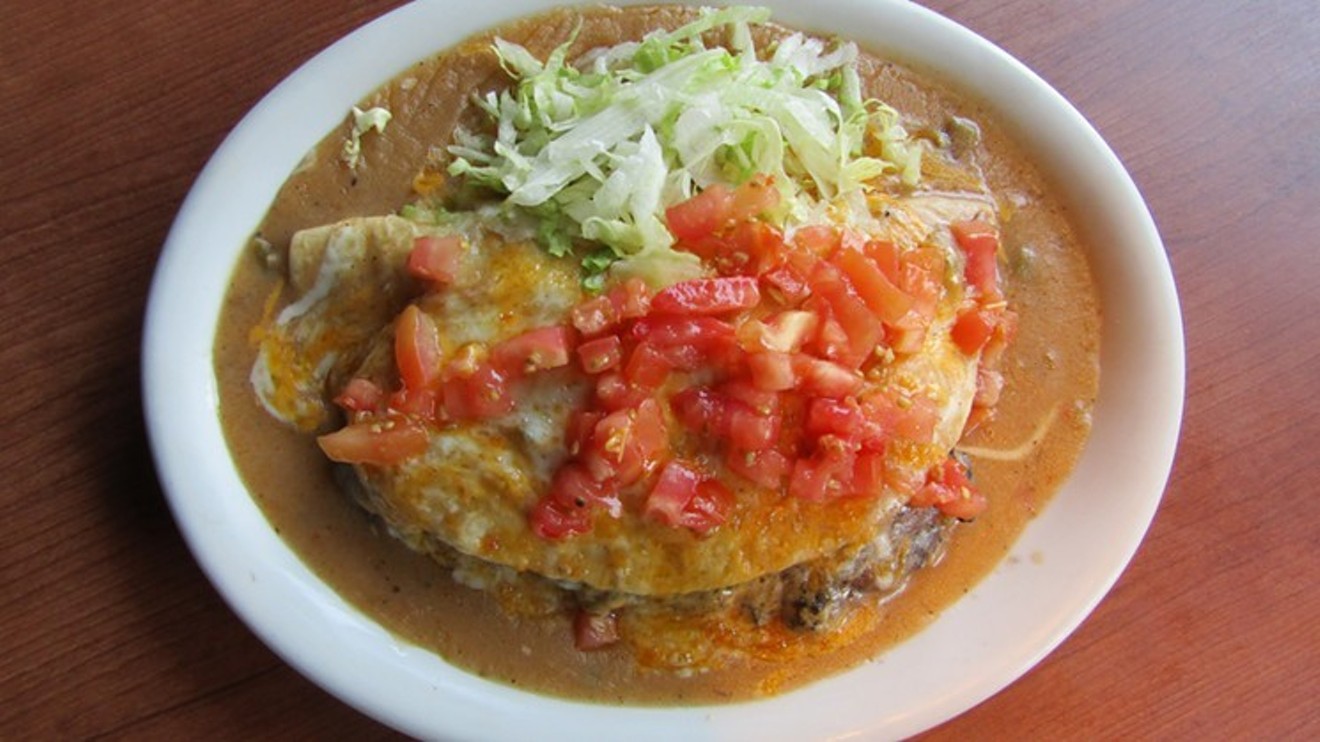 New Mexico Governor Michelle Lujan Grisham countered not just with tweets, but with a tourism campaign complete with a Denver billboard touting New Mexico as "chile capital of the world."

Polis was willing to put the peppers to a test, but schedule challenges postponed that possibility until next year. Meanwhile, it's still chile season here in Colorado, and the green that will smother breakfast burritos around Denver today should be hotter than ever.

So are opinions. Says Jesse:

As a native New Mexican now living in Colorado for six years, I’m at a loss as to why Westword even gives a shit? Your article on the billboard was equally disturbing. People have pride wherever they live and wherever they come from. Let people fucking live...this is absolutely ridiculous already. Que Viva New Mexico and Que Viva Colorado....

New Mexico green and red chile is the best in my opinion when done right, but nobody in Denver seems to make it right even when they say it’s New Mexico style. Green chile is not supposed to taste like spicy gravy.

Very true. I honestly can't even find a place in Denver that does chopped roasted chilies like New Mexico. Not to mention red chili that even exists on the same plane as what's down there. The only reason people think Colorado is better is because they never visited New Mexico. That's all there is to it.


Many Denver diners disagree. We recently served up our list of the ten best places for green chile in town, and
that, too, proved controversial. Says Susan:

I don't buy La Fogata as the best, although it can be pretty good.

Santiago's all the way. Also, some of these choices, like El Taco de Mexico, are not "green chile."

Oh, who cares? As long as it's actually green chile and not some tomatillo knock-off trying to be green chile.

Forget New Mexico; Colorado's green chile is in a league of its own.


And then there's one more controversy, over the spelling of the green stuff, no matter which one you prefer. Says Patricia:

NOT Chile, which is a country. Please fix this.

Colorado doesn’t know the difference between chili and chiles.


Oh, yes, we do. Since Westword started hunting for the best green chile in Denver more than forty years ago, we've been spelling it "chile." After all, no one would want to confuse this great green sauce, whether made in New Mexico or Colorado, with the chili con carne of Texas or the chili of Cincinnati. But that debate, like the discussion of which bowls are best, will continue.

Meanwhile, stymied by scheduling difficulties in arranging a meet with Grisham, Polis ventured down to Pueblo on September 27 for a chile tasting with the Pueblo Chile Growers Association at Musso Farms. "We are always up to the challenge, because we know that Pueblo chiles are the best, most delicious chiles in the world," he says. "I ate a dozen last weekend. Maybe next year New Mexico will be able to stand the heat and make it work.”

See our list of the ten best places for green chile in Denver here.
KEEP WESTWORD FREE... Since we started Westword, it has been defined as the free, independent voice of Denver, and we'd like to keep it that way. With local media under siege, it's more important than ever for us to rally support behind funding our local journalism. You can help by participating in our "I Support" program, allowing us to keep offering readers access to our incisive coverage of local news, food and culture with no paywalls.
Make a one-time donation today for as little as $1.