COVID Chronicles: Things Are Looking Up at This Cherry Creek Eatery 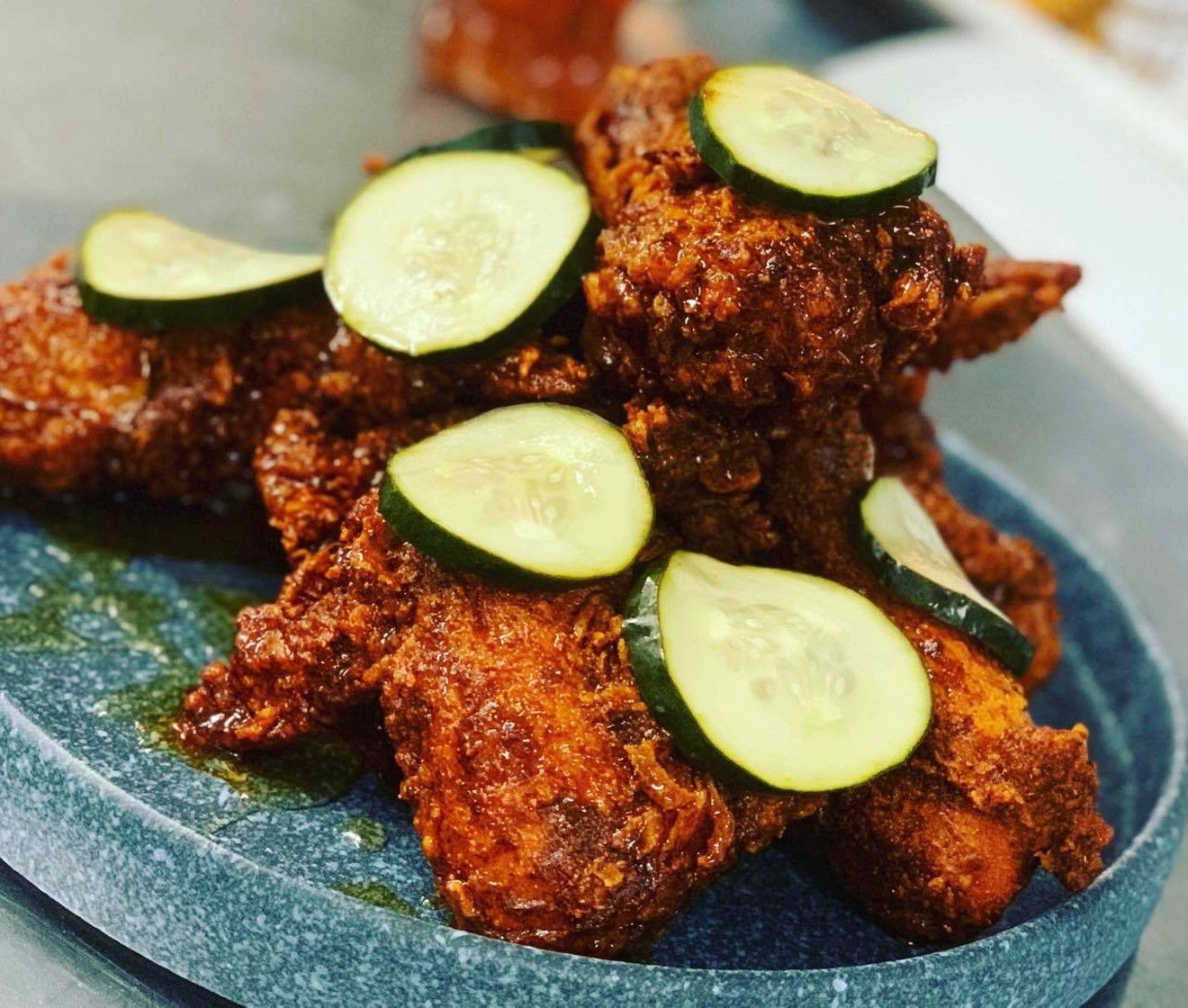 Southern fried chicken is the specialty of the house at Grind. Courtesy of Grind Kitchen + Watering Hole
Preston Phillips, chef/owner of Grind Kitchen + Watering Hole in Cherry Creek, says business is better now than ever, even with only 25 percent capacity in his dining room. He attributes the current popularity of Grind to a focus on comfort food, a younger demographic discovering his restaurant, and optimism and new hope that he's been sensing in customers since the presidential election.

But the past year wasn't easy. "For the first three months, it was just me and my brother," he recalls of the initial shutdown from March to June, which allowed only to-go orders. (Phillips's brother, Connor, is also a chef.) "But we got to know a lot of our regulars and neighbors."

The customers kept coming despite restrictions, in part because of Grind's comfort-food menu. When Phillips first opened his restaurant five years ago, his goal was to present Southern cooking with upscale ingredients, refined techniques and creative platings. But the fried chicken and burgers were the biggest draw, so over the years, the chef simplified the menu while maintaining a commitment to the best ingredients. That switch helped Grind make it through the pandemic. "Fried chicken is already takeout-friendly," Phillips points out. "And I looked at other things, like how can we take our double cheeseburger and make it the best takeout version you can have."

Along with the chicken and burgers, the menu includes a fried chicken sandwich, salads, and fresh biscuits and biscuit sandwiches. Phillips added chicken tenders during the pandemic and scaled back on the salads to make things easier in the kitchen. He also added a smoker from Proud Souls Barbecue & Provisions so he could serve pulled-pork sandwiches. 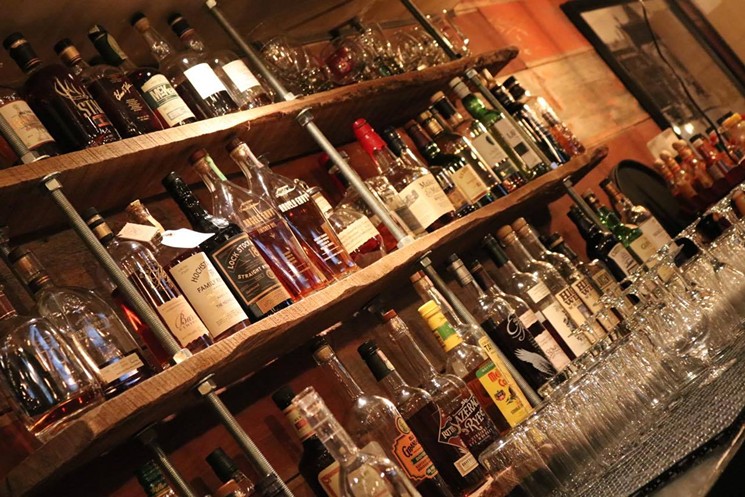 Grind's regular customers took advantage of relaxed liquor regulations early in the pandemic to purchase bottles of wine and liquor to go.
Courtesy of Grind Kitchen + Watering Hole
"It hasn't been great, but it hasn't been horrible," the chef adds, pointing out that the situation was at its most precarious when his lease expired four months ago, but he's been on a month-to-month lease since then, and business has greatly improved.

Phillips never considered shutting down, even when he was alone in the kitchen, answering the phone and greeting takeout customers. "I have to keep doing it because this is mine," he states. "No one else is going to come in and cook and take orders and put up with sixteen-hour days."

The determination paid off, and the restaurant is finding a new audience; the chef says that his pre-pandemic customer base was primarily longtime Cherry Creek residents (who helped out early in the pandemic by purchasing lots of booze to go), but now he's seeing more young people exploring Denver neighborhoods, and people seem more in the mood to celebrate rather than just grab food on the run. "We're at a very fine line where we're not too crazy," he says. "We had a leg up because we were able to cut costs."

Things are far from normal at Grind, but federal Paycheck Protection Program loans last spring helped and, even at 25 percent capacity, Grind is able to seat enough people to bring in good revenue. The restaurant has a small sunken patio at the front and a larger one on the side, and the dining room is surprisingly spacious for its below-street-level setting.

While the chef was working long hours last year, earlier closing times now have allowed him to spend more time at home with his wife and their new baby. Phillips is looking forward to warmer weather and an end to the pandemic, but he thinks it could be a while before restaurants begin to fill up again; he says people have become accustomed to eating at home and there's been a proliferation of good takeout and delivery options around town to distract from going out. So Grind may have to run with a lean crew for the coming year and continue to focus on the best ways to pack up fried chicken to go — to keep the bird flying out the door.

Grind Kitchen + Watering Hole is located at 300 Fillmore Street and is currently open from 10 a.m. to 9 p.m. Tuesday through Thursday, 10 a.m. to 10 p.m. Friday, 9 a.m. to 10 p.m. Saturday, and 9 a.m. to 8 p.m. Sunday. Call 720-749-4158 or visit the restaurant's website for details and to verify hours, which are subject to change.
KEEP WESTWORD FREE... Since we started Westword, it has been defined as the free, independent voice of Denver, and we'd like to keep it that way. With local media under siege, it's more important than ever for us to rally support behind funding our local journalism. You can help by participating in our "I Support" program, allowing us to keep offering readers access to our incisive coverage of local news, food and culture with no paywalls.
Make a one-time donation today for as little as $1.