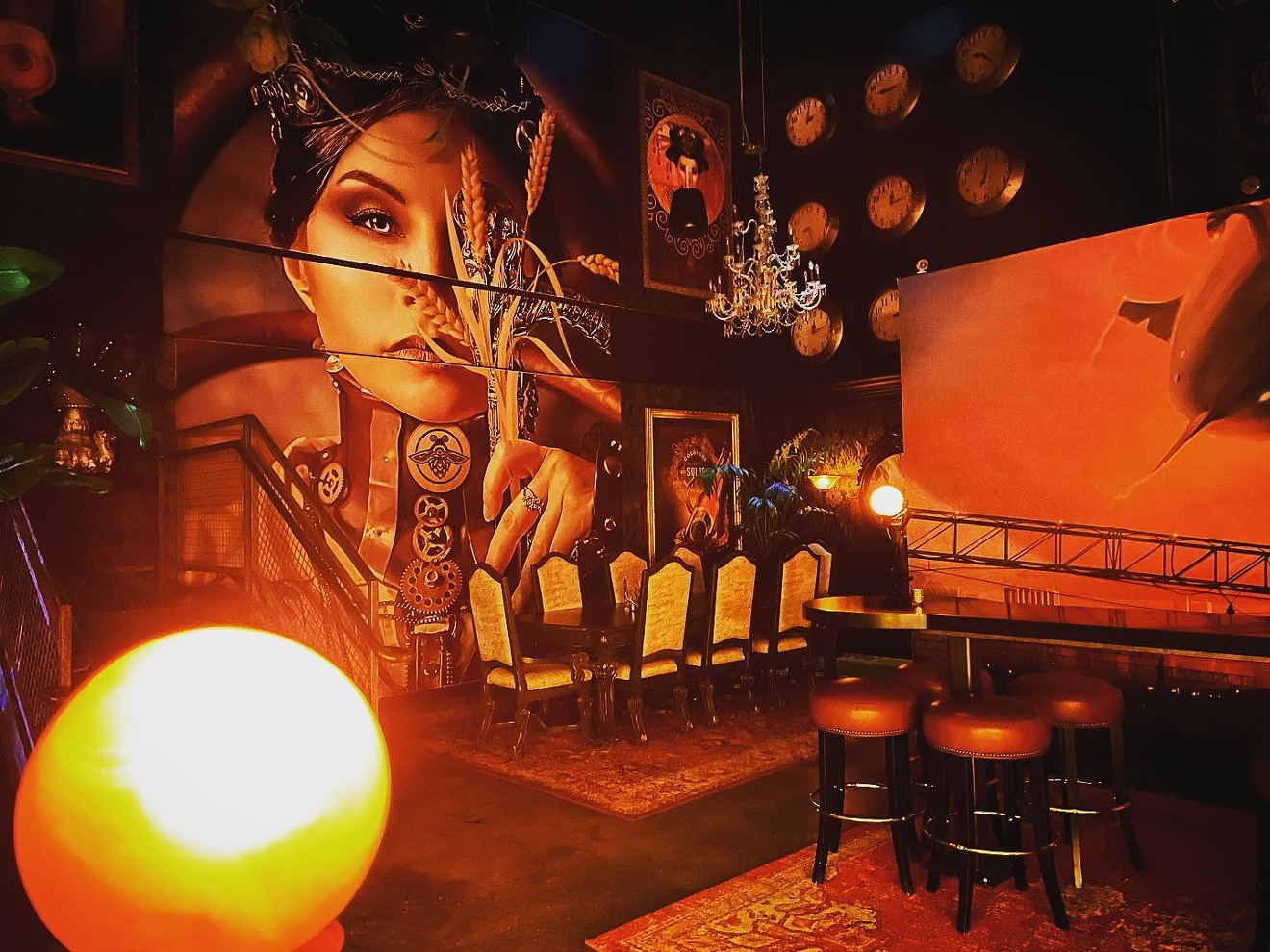 Rare by Grist has a steampunk-meets-Alice in Wonderland theme. Grist Brewing
While the majority of Colorado's craft breweries had to rapidly alter their business models or even make wholesale changes as a way to stay in business over the past years of the pandemic, nine-year-old Grist Brewing has taken a different approach — one that is paying off.

"We try not to be cheesy. We're not Epcot Center. ... But we are building what we're calling these immersive experiences," explains Gary Hilton, a longtime marketing consultant who bought into the brewery three years ago with his son, Kaleb, who now runs the growing company's day-to-day operations.

Rare by Grist, for instance, located in Lone Tree, has what he describes as a "steampunk meets Alice in Wonderland on LSD" theme, with big murals, 360-degree photo ops and a Cajun-style menu. The brand-new Field and Forest, meanwhile, is decorated loosely around the Wild West and Native American themes from The Last of the Mohicans. It serves more rustic fare, like salads and wild mushroom soup. Both also serve a lineup of eighty to one hundred different cocktails that were designed in-house. Field and Forest has a Last of the Mohicans theme.
Grist Brewing
Eventually, the Hiltons hope to have eight locations in Denver, each with a completely different theme, as a way to max out the brewing capacity at its original and more traditional taproom in Highlands Ranch. "That way, we become our own distribution network...focused on selling one pint at a time."

The father and son, who also own Analogy, a branding and design company, were hired on as consultants about five years ago to help turn around the brewery, which was struggling financially. After making significant changes and parting ways with founding brewer Rob Kevwitch, the Hiltons decided in 2019 to become part owners, joining Grist's two remaining investors, Chuck Norman and Jim Mack.

They in turn hired Bob Malone, a longtime and well-respected local brewer who has worked for Great Divide, Flying Dog and Liberati Brewing, to overhaul the Belgian-focused beer program. It is now made up of some core offerings like a pilsner, a stout and a hazy IPA, along with a number of other styles.

At the time, the Hiltons were rolling out their new concepts (which they group loosely under an "American fable" theme) and converting the brewery's license to a brewpub model to allow for food. COVID-19 forced everything to shut down at the beginning of 2020, but rather than switch gears, the owners decided to stick with their plan to drop distribution and build out their physical locations — even if it meant being patient. 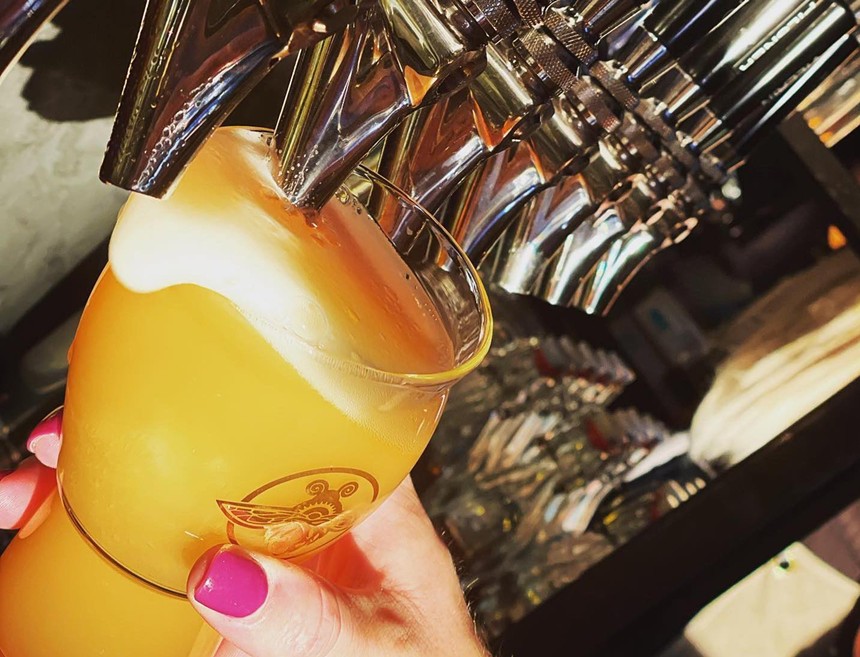 Grist Brewing
"We weren't at risk of shutting down, and the partners were all committed to this," Hilton says. So Grist sold its canning line rather than buying one, and decided against investing in tents and heaters and the other accoutrements that many breweries acquired in order to serve beer outdoors during the pandemic.

Field and Forest brings the total number of Grist venues to four; the others are: the Highlands Ranch taproom with its twenty-barrel brewing system and room for 150 people; Rare by Grist, which has a 200-person capacity; and the Grist Lounge in Littleton.

But the Hiltons have their eyes set on several more locations, including more in Denver. In fact, they could even do two in the same neighborhood since the themes will be different, Hilton says.

"We have experienced triple-digit growth since the pivot," he adds. "What we are doing is working."
KEEP WESTWORD FREE... Since we started Westword, it has been defined as the free, independent voice of Denver, and we'd like to keep it that way. With local media under siege, it's more important than ever for us to rally support behind funding our local journalism. You can help by participating in our "I Support" program, allowing us to keep offering readers access to our incisive coverage of local news, food and culture with no paywalls.
Make a one-time donation today for as little as $1.