The new restaurant will be located at 9668 E. Arapahoe Rd., formerly a Mesquite Grill. Nate Day
Hangry Ohana, a popular Hawaiian barbevue chain, is set to open a brand-new location in Greenwood Village. With locations in Fountain, Monument and Parker, owners Grant and Yoona Conrad have been making their way north for a few years and are now preparing to open yet another joint at 9668 East Arapahoe Road in mid to late May.

“I just always had that passion deep down inside of me to grow this from nothing to something,” Grant says of his decision to continue opening new locations, noting that he previously worked in other franchise restaurants. He and Yoona were inspired to break out on their own because they felt “there was a better way to actually run restaurants,” Grant explains. “People weren’t treating employees right. Just the way it was run, in my opinion, I don’t think anyone should have to work that way.”

Grant says that since investing in such a culture — being flexible with and respectful of employees and their families — he saw an influx of “great” people wanting to work for him, but he just didn’t have the space to hire them. “So I kept buying other restaurants so I can continue employing these great people, because I know if I have this great team, they’re going to make us great,” he adds. 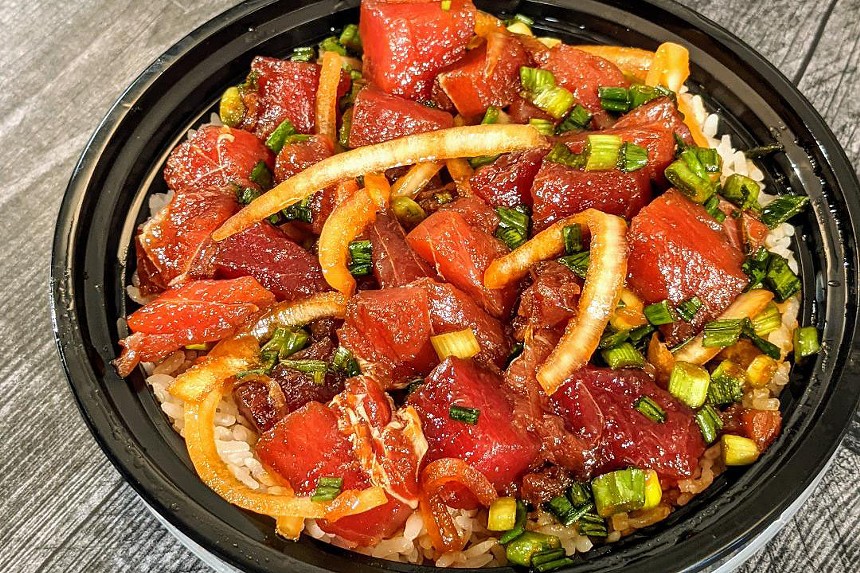 Hangry Ohana is known for serving Hawaiian barbeque and poke bowls in Fountain, Monument and Parker.
Photo courtesy of Hangry Ohana
Known for putting what it calls a "Texas twist" on traditional Hawaiian barbecue, Hangry Ohana was born when Yoona, who was largely raised in Hawaii, and Grant, who has a passion for smoking meats, came together. “I was born in Texas, raised in Arvada, and there were two things my family would never let me not do: You have to learn how to smoke meat and you have to learn to be a Dallas Cowboys fan,” Grant says. “So I love brisket, love smoking meats.”

At the University of Hawaii, Grant was introduced to Yoona and Hawaiian barbecue — and he fell in love with both. They opened up a food truck together, which quickly became popular and evolved into a full-blown restaurant, which has since become several more.

The two are also known for investing heavily in their community, converting the Parker location into a makeshift supermarket early during the coronavirus pandemic, selling goods like toilet paper, gloves, rice and pasta — all at cost — which they were able to buy from restaurant suppliers while other stores’ shelves were famously emptied. 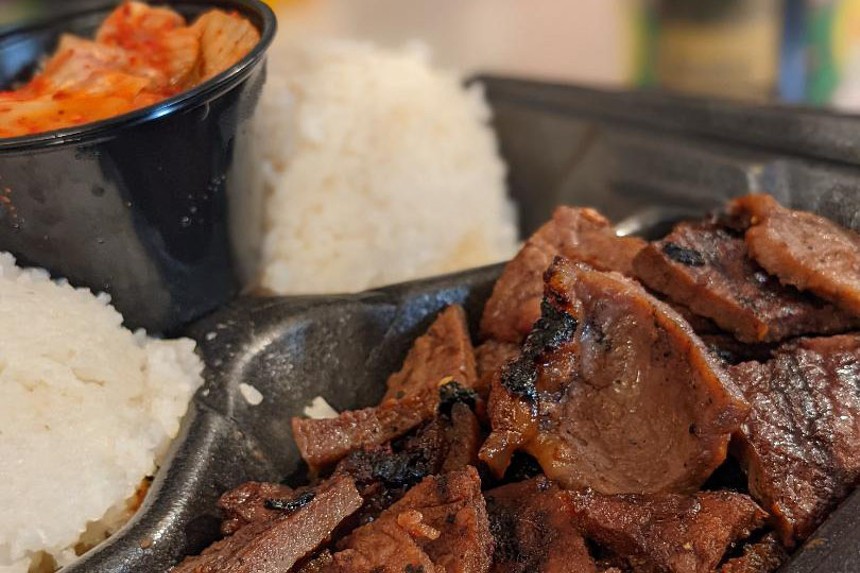 Hangry Ohana's menu includes items like teri beef, kalbi short ribs and more.
Hangry Ohana
“On their way out, they’d buy our food,” Grant recalls. “It worked out really well because our food tastes really good, even if it sat in the car for an hour. … It’s cool how the city kind of wrapped their arms around us because we were helping them and they were helping us.”

An exact opening date for the new location has yet to be set, but they’re feeling confident in their latest venture. “We just truly want to thank all our customers and our employees,” Grant gushes. “If it wasn't for our customers, we wouldn’t be around, and if it wasn’t for our employees who work so hard, we wouldn’t be around. It’s not a joke, it’s serious: We probably wouldn’t even be in business, because our employees work so hard, it just makes us want to work that much harder.”
KEEP WESTWORD FREE... Since we started Westword, it has been defined as the free, independent voice of Denver, and we'd like to keep it that way. With local media under siege, it's more important than ever for us to rally support behind funding our local journalism. You can help by participating in our "I Support" program, allowing us to keep offering readers access to our incisive coverage of local news, food and culture with no paywalls.
Make a one-time donation today for as little as $1.