Low-Alcohol Beers Are Gaining Popularity for Many Reasons 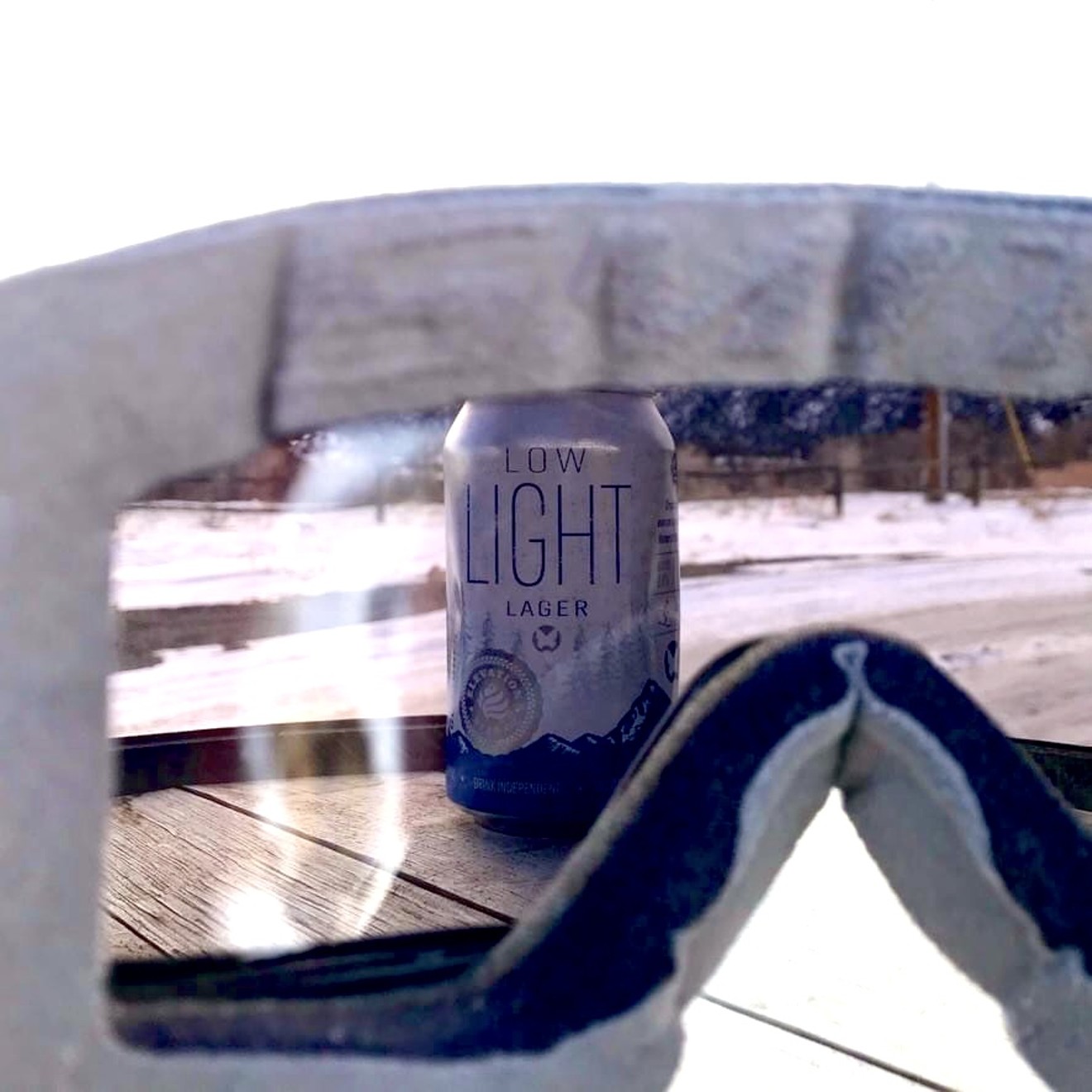 Elevation Beer Company
It sounds crazy, but for most of the last 85 years, it was illegal in Colorado for breweries to sell low-alcohol beers to bars, restaurants or liquor stores. Anything under 4.0 percent ABV (or 3.2 percent alcohol by weight) was reserved strictly for grocery and convenience stores.

From the end of Prohibition until just two years ago, 3.2 beer was the only kind of booze the big supermarket and convenience chains could sell in Colorado, so the law protected them against competition. In addition to the macro-brewer brands like Coors Light and Bud Light, a few craft breweries distributed 3.2 beer here as well. But the rules changed on January 1, 2019, when the state legislature finally acquiesced and allowed supermarkets and convenience stores to add full-strength ales and lagers to their shelves — and 3.2 beers faded into the history books, along with Prohibition and pull-tops.

But 2021 appears to be bringing in a new wave of sub-4 percent ABV beers.

"Back in the day, only suckers and tourists bought beer in supermarkets because they didn't know it was 3.2, so it was sort of scoffed at," says Andy Astor, brand manager for Elevation Beer Company in Poncha Springs, which unveils Low Light Lager, at 3.8 percent ABV, this week.

"But I think we've seen some shifts in consumption habits — there's not as much of a stigma — and hive mind is looking at a lot of low-ABV options today," he continues. "And now that we are allowed to sell those without grocery and convenience stores being a factor, the shackles are off." 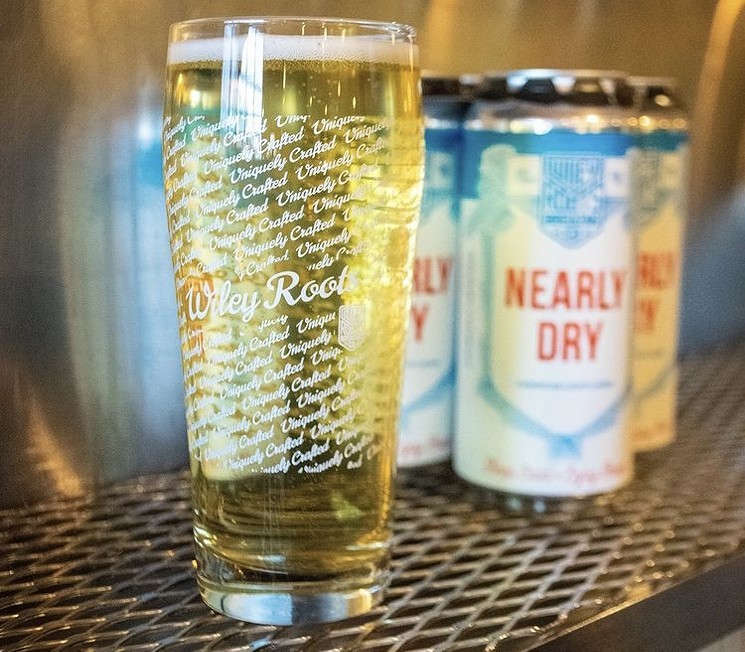 Wiley Roots Brewing
In addition to Elevation's new brew, Wiley Roots Brewing in Greeley just introduced Nearly Dry Lager, with just 109 calories, 3.5 grams of carbs and 3.5 percent ABV. Then there’s Crooked Stave, which is about to release New Beer, New Me, a 3.5 percent ABV IPA made with Cashmere and El Dorado hops. Pikes Peak Brewing in Monument has also been playing with low-ABV beers, including 3.8 and 4 percent versions of Thin Air IPA.

A combination of trends appears to have inspired these beers. For starters, over the past two years, many craft breweries have jumped aboard a rush to produce lower-carb, lower-cal, lower-alcohol beers. In Colorado, this has included popular offerings from New Belgium, Odell, Oskar Blues, WeldWerks, Avery, Odd13 Brewing, Ska Brewing, Dry Dock and Breckenridge, among others. In part, it's a way to answer the low-cal call of hard seltzers, which have skyrocketed in popularity among non-beer drinkers and health-conscious drinkers. But most of these beers still range from around 4 percent to 4.5 percent ABV. 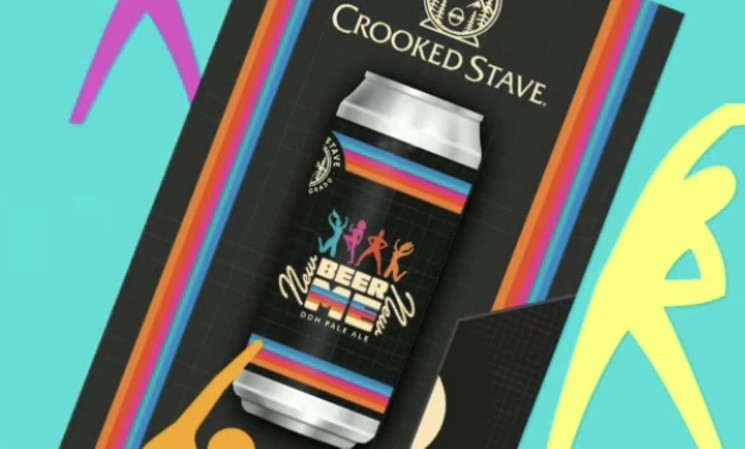 Crooked Stave
Then there’s the surge of non-alcoholic beers, which are prominent every January in particular, but which are finding fans year-round now, as well. Bootstrap Brewing, Dry Dock Brewing and others currently make non-alcoholic or nearly non-alcoholic beers, along with the local Gruvi and Ceria beverage companies. Others, like Sanitas Brewing in Boulder and Tommyknocker in Idaho Springs, are experimenting with them, too.

So, where do sub-4 percent beers fit in?

One of the primary goals of Nearly Dry, says Wiley Roots co-owner Miranda Carbaugh, is to provide something for people who love beer but are trying to limit their consumption — especially in January, when many people are working on healthy New Year’s resolutions.

“Dry January has always been a kinda dirty word in the craft-beer world,” she explains. “This year, it’s viewed by a lot of breweries as another strain on what’s already been a hard year. For us, we think that having a healthy discussion around alcohol consumption is a good thing.” 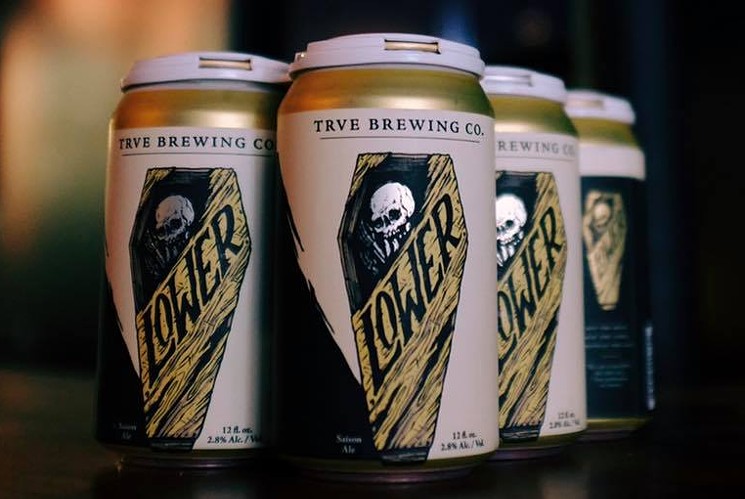 TRVE Brewing
Other breweries, like TRVE Brewing, simply like to have "crushers" around so that drinkers can imbibe and still keep their heads on straight. That was the stated goal of Lower, a 2.8 percent ABV saison made with 100 percent Colorado malt, along with Tettnang, Grungeist and Hallertau Blanc hops.

TRVE has dabbled in sub-4 percent ABV beers for a while (breweries could legally brew and sell them in their own taprooms, even if they couldn't distribute them to bars and stores). So have Seedstock Brewing, Baere, Lady Justice, New Image and a few others. New Belgium also makes a low-ABV lager in cans.

And then there is stylistic accuracy, points out Elevation's Astor. For instance, his brewery made an English mild last year that was just 3.4 percent ABV, which is reflective of that style in the U.K. Elevation, like a number of other beer makers, has also produced a tart, German-style wheat beer called a Berliner weisse, a style that typically also falls below 4 percent ABV. In fact, Elevation tried to distribute its 3.2 percent ABV Berliner a few years ago before realizing that there was a 4 percent threshold for distribution.

"For me, personally, I'm 43 now, and I still like to drink a lot of beer and not get drunk, and the way to do that is with low-ABV beers," Astor adds. "There's nothing super-romantic about it. These beers aren't there to be analyzed. They're there so you can drink big ol' mugs of them and be stoked."
KEEP WESTWORD FREE... Since we started Westword, it has been defined as the free, independent voice of Denver, and we'd like to keep it that way. With local media under siege, it's more important than ever for us to rally support behind funding our local journalism. You can help by participating in our "I Support" program, allowing us to keep offering readers access to our incisive coverage of local news, food and culture with no paywalls.
Make a one-time donation today for as little as $1.