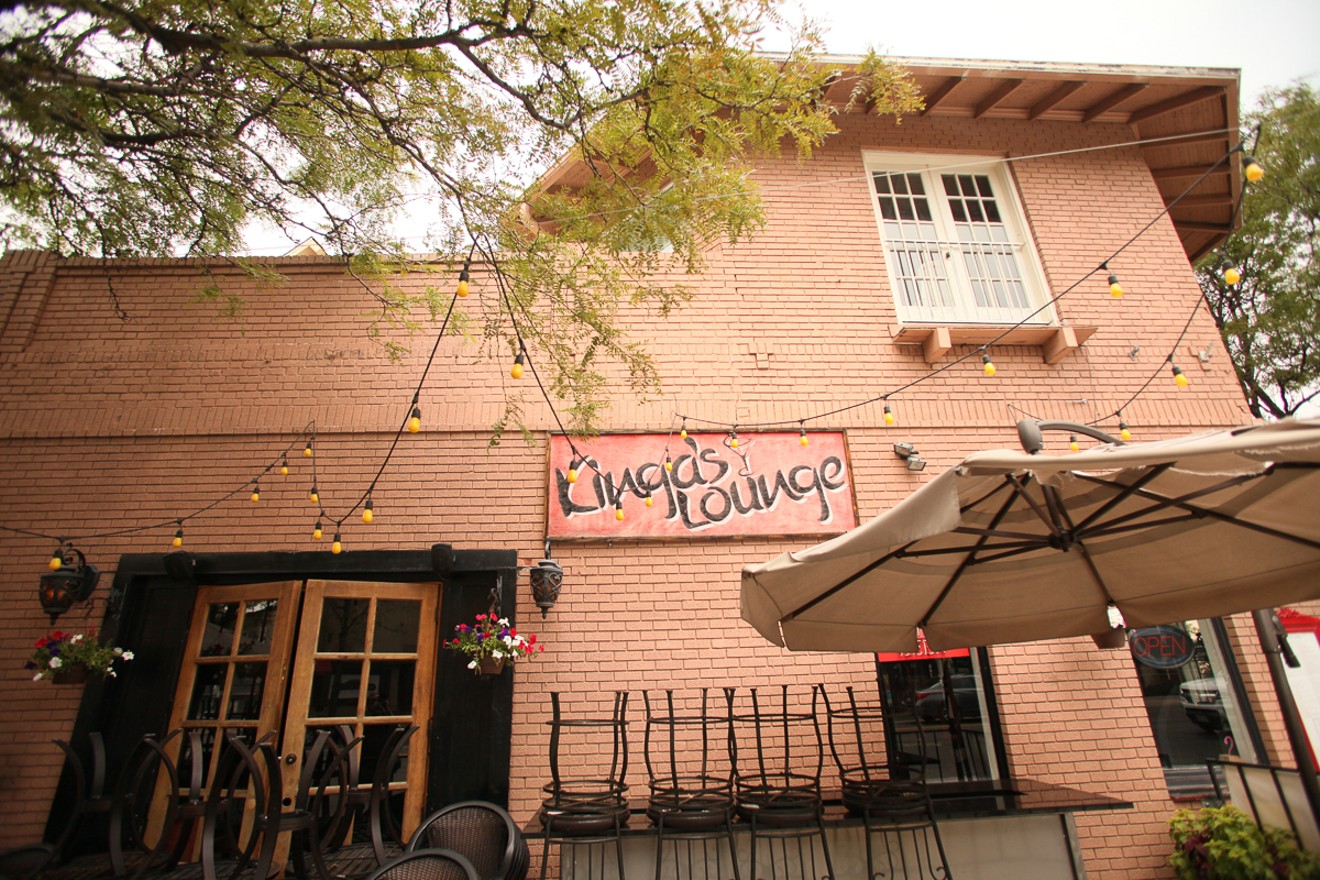 Come celebrate tenyears tonight at Kinga's Lounge, 1509 East Colfax Avenue. Westword
If you're looking for something to do tonight for Friday the 13th that's a little unique, join Kinga's Lounge owner Kinga Klek and various Capitol Hill-area neighbors for a celebration of ten years in business. Tonight, the celebration is on, with all kinds of festivities for regulars and new faces alike.

Klek can barely believe it's been ten years; she says it seems like only yesterday that she was opening the bar back in September 2007. A native of Poland but a veteran of the food and bar scene in her home country and here in town, the bar owner takes great pride in the decade-long endeavor. She says the market has changed drastically since she opened her doors, but she has managed to keep up with Denver's ever-changing scene. Over the years, Kinga's has garnered a reputation for its fun, casual atmosphere with a distinctly European vibe, delicious Polish food and variety of infused vodkas. If you haven't had a pickle shot or plate of pierogi at Kinga's, perhaps now is your time to experience the taste of this Colfax tradition. 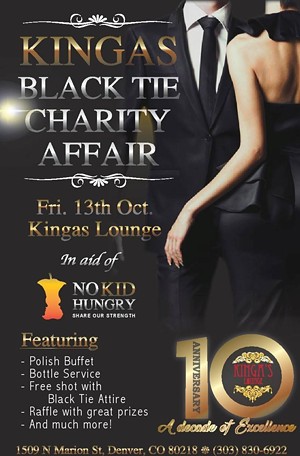 Join in the fun at Kinga's tonight.
Kinga's Lounge
To mark a decade in the neighborhood, Klek and the crew are doing it big. The party starts at 4 p.m. with a complimentary buffet of Klek's Polish family recipes: cabbage rolls, pierogi, meatballs, sausage and schnitzel. Next on the agenda is a zouk dance performance at 6 p.m. Zouk music and dance has roots in the French Antilles and Brazil. If you (like me) aren't familiar with zouk, all the more reason to check it out. At 9 p.m., Spinphony, an all-female four-piece string ensemble, will take the stage for a set of modern violin pieces. This kind of musical act seems to go with the overall theme of the evening, which is keeping it classy. Black-tie attire is optional, which sounds about right for Colfax Avenue, but anyone showing up dressed to impress will be rewarded with a free shot. Bottle service is also available for those interested in going VIP-style for the evening. After the performance from Spinphony, there will be a dance party with DJ Desire.

Throughout the night, there will be a photo slideshow of memories from the bar's ten years and a photo booth to make new ones. Drink specials and giveaways will be going on over the course of the event, and the $1 cover at the door will earn each guest a raffle ticket for a drawing at 11 p.m. Speaking of that $1 cover, it will be going to charity, specifically to No Kid Hungry, a national organization that works to end childhood hunger by providing meals and cooking classes for children and families. Klek's voice rises in excitement as she speaks about how much she loves the community in Denver and appreciates giving back, as well as providing a little diversity in terms of food and drink offerings from her Polish heritage.

So if you want to dress up (or not) and eat, drink and dance the night away tonight, Kinga's Lounge is a good bet. Kinga Klek and the crew would love to see familiar faces, as well as some new ones, to toast the past decade. She's hoping for the party to go on for at least another decade — and so are the many regulars and Colfax neighbors who will be celebrating tonight.