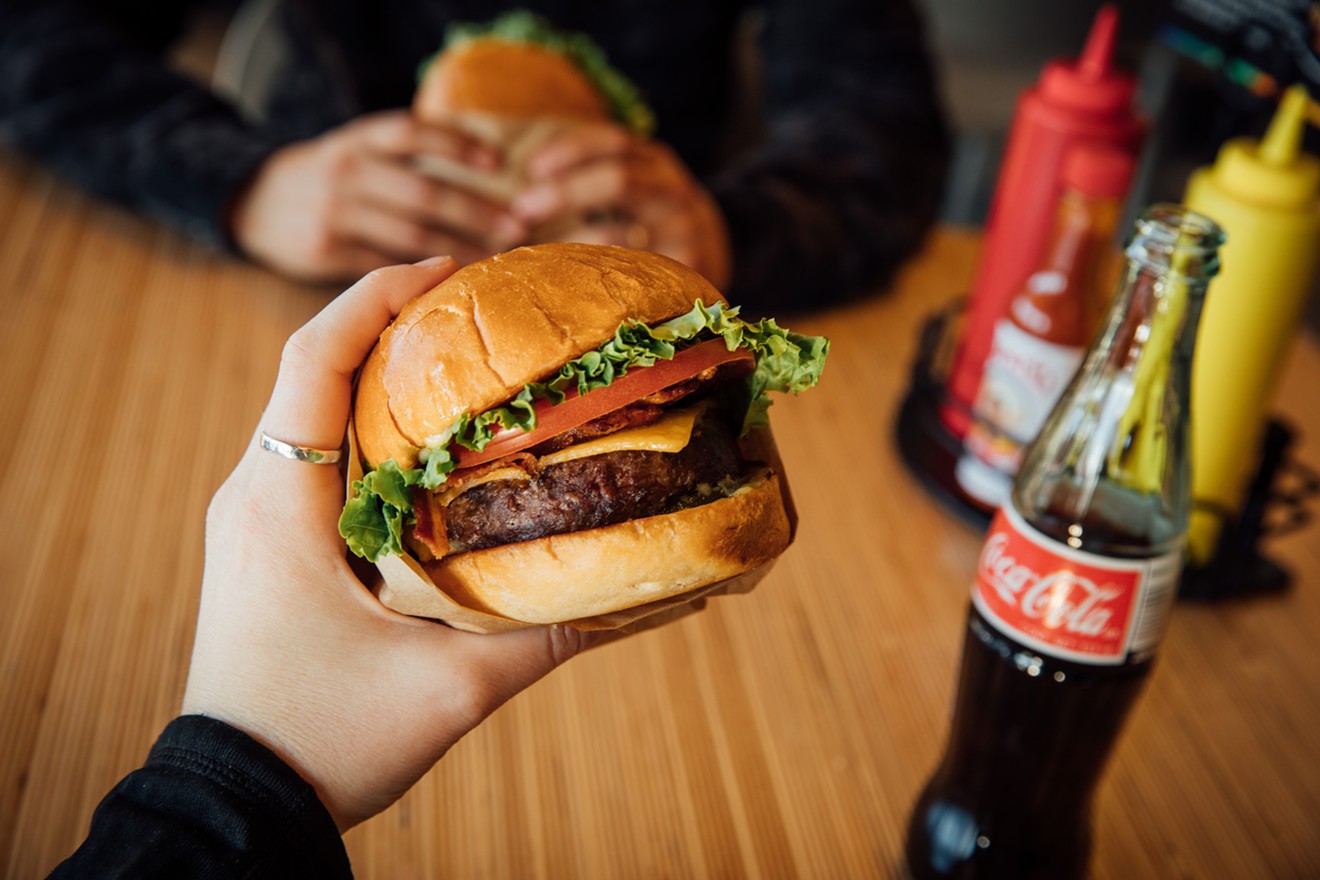 Larkburger is becoming Lark Spot, but the burgers will stay the same. Courtesy Lark Spot
When you hear the name Larkburger, it's hard not to think of burgers. But the company, founded in the Vail Valley in 2006 as an offshoot of the restaurant Larkspur, wants to be known for more than just hamburgers. So this year, Larkburger will become Lark Spot.

"We don't want to be lumped in with all the other burger places," explains CEO Todd Coerver. Instead, he notes, the company wants to return to the roots of why it was originally opened — to be a gathering spot for people fueling up or returning from a day in Colorado's great outdoors. 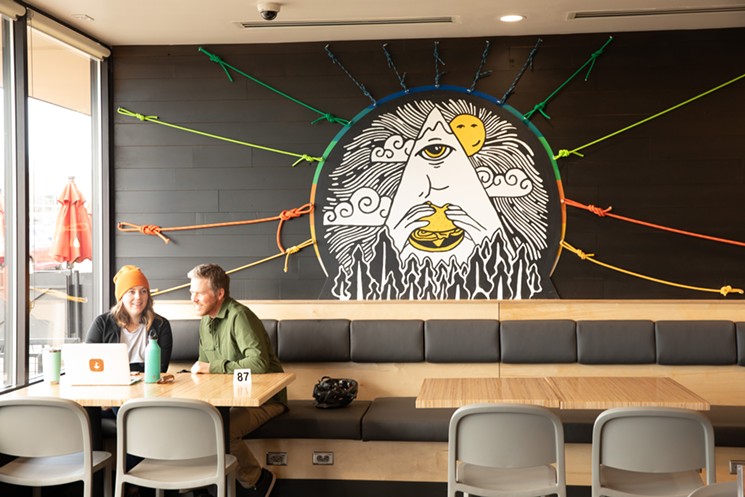 Inside one of the new Lark Spots.
Courtesy Lark Spot
The first Lark Spot has already been unveiled at 8770 Wadsworth Boulevard in Arvada, and Coerver expects all remaining Larkburger outposts to be converted by the end of the year. In addition, new Lark Spots are already being planned, including one at 599 Crossing Drive in Lafayette, where Uturn BBQ just closed.

The overarching theme (other than selling food), Coerver continues, is to be "a place where outdoor enthusiasts can connect." That will include more comfortable seating where guests can hang out and relax, a library of travel materials and trail guides, games for kids, and special happenings like ski maintenance workshops, outdoor-adventure movie screenings, and cycling sponsorships, for example.

But lovers of Larkburger's distinct style of hamburgers and French fries can expect the same core menu, only bolstered with a new lineup of sourdough sandwiches, salads and sides. "We didn't want to be confined by the limitations that come with 'burger,'" the CEO adds. "So we're exploring more vegetarian items and shareable items." 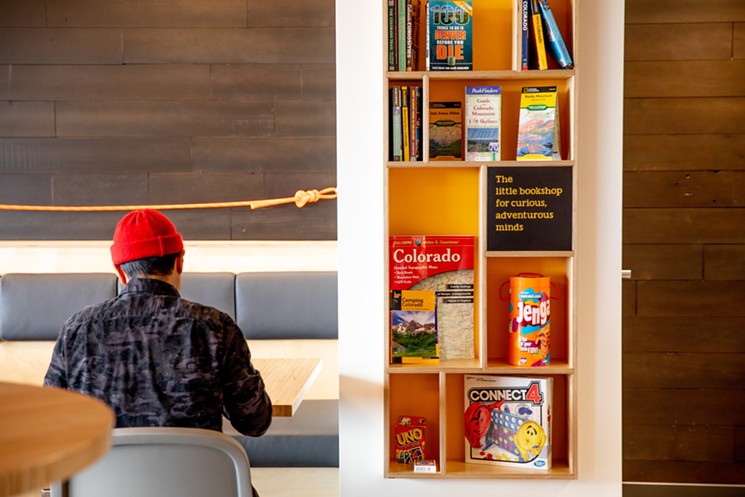 Outdoor adventure is the theme at Lark Spot.
Courtesy Lark Spot
The customer experience is also getting an overhaul. Instead of typical fast-casual counter service, Lark Spots will have self-service kiosks and a point-of-sale system integrated with mobile devices so you can sit down at a table and order and pay on your phone or order ahead for pickup. There will still be a cashier in the dining room for those who prefer a more personal experience or who'd rather pay in cash (Coerver says that about 90 percent of sales are credit- and debit-card transactions, but they don't want to alienate cash-carrying customers). Since there's no more service counter, those counters are being converted to full bars, and each location will have a custom-made bar top with the neighborhood's topographical map etched into the surface.

The big changes don't come without a downside; today (Tuesday, January 29), Larkburger is closing four stores, at 340 East Alameda Avenue, 1617 California Street, 2730 South Colorado Boulevard, and 4660 West 121st Avenue in Broomfield (as well as two stores in Kansas City). "These handful of stores were really bleeding money, quite frankly," Coerver explains. But he says the company "is trying to do right by our folks" by offering severance packages and extended health benefits to salaried employees being laid off and finding positions at other locations for those staying.

Larkburger has posted a web page where you can read more information about the store closures.
KEEP WESTWORD FREE... Since we started Westword, it has been defined as the free, independent voice of Denver, and we'd like to keep it that way. With local media under siege, it's more important than ever for us to rally support behind funding our local journalism. You can help by participating in our "I Support" program, allowing us to keep offering readers access to our incisive coverage of local news, food and culture with no paywalls.
Make a one-time donation today for as little as $1.