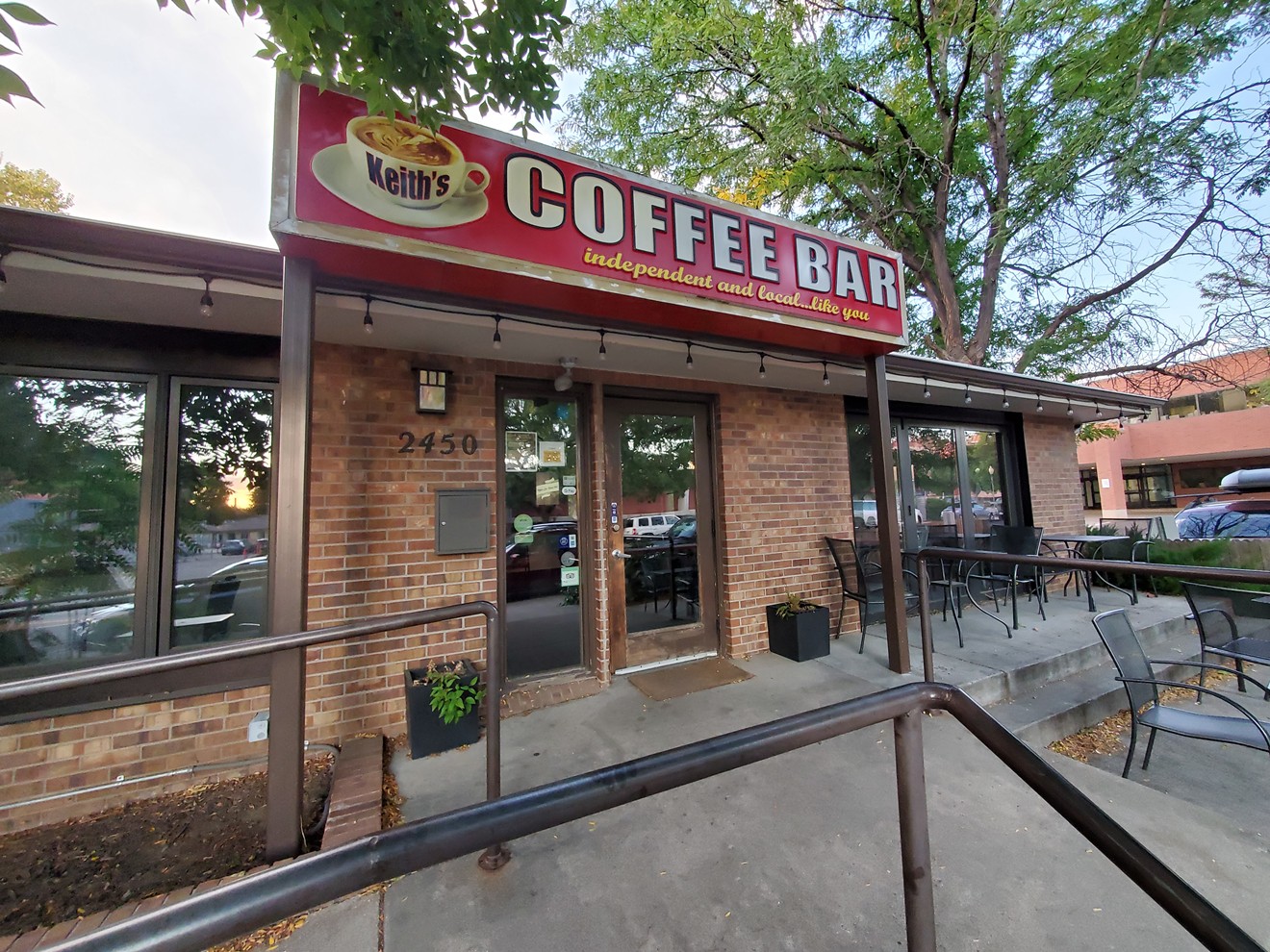 Keith's Coffee Bar will slowly transition into a Lil Coffea Shop. Molly Martin
When Robert "Bobby" Yoakum got out of prison, he didn't expect to get his old life back. But after a nineteen-month drug-related stint, he was filled with determination to make the best of what felt like a second chance. In 2019, he was working at a Jiffy Lube when his former boss, Little India owner Simeran Baidwan, showed up and asked him to come back as a manager. Then, in 2021, the duo became business partners when they opened Lil Coffea Shop at 300 East Sixth Avenue.

"Working with [Bobby] for such a long time, I knew that he was not what happened to him," Baidwan says. "Bobby’s special — he's got talent. He just got into the wrong hands with the wrong people. Sometimes things happen, but at the end of the day, I think he’s learned a lesson from all of this."

Now the two are adding a second location to the mix and have plans to continue growing the shop's partnership with nonprofit Urban Peak, which helps youth experiencing homelessness and poverty.

Starting the week of September 4, Yoakum and Baidwan are taking over Keith's Coffee Bar at 2450 South Downing Street, which is located just half a block from one of Little India's four locations. "With how Denver's backed up with licensing and so forth, we can operate it and run it," Baidwan explains. "We take it over as Keith’s and then slowly implement Lil Coffea." The current staff, most of whom are DU students, will stay on board, and the name of the shop will remain Keith's for now. Eventually, though, it will be transformed fully into a Lil Coffea Shop. Lil Coffea Shop's first location, on Sixth Avenue.
Lil Coffea Shop
Yoakum has found himself wearing many hats since opening the shop, including becoming a cook. He had to learn the skill quickly, but soon discovered that he actually loves it. He brought that passion to Lil Coffea Shop, making items like breakfast burritos and toasts. He hopes to incorporate Indian cuisine at both locations ,as well, with tikka masala pizza and calzones stuffed with Little India's housemade paneer makhani. Both locations serve Huckleberry coffee along with pastries from local bakeries and grab-and-go items from Olive & Finch.

Since the start of the pandemic, Little India has opened two new locations and added the coffee shop, a feat Yoakum attributes to the supportive community that the brand has built over its 25 years in business. "When the pandemic started and restaurants were closing, we were fortunate enough to have customers that were following us for years," he says. "We’d send out a text on a slow night and our restaurants would be flooded. That was the idea for what we were gonna do with the coffee shop — a place for people to go that’s inviting and fun and back to basics."

Now Little India and Lil Coffea are showing their appreciation for that support by giving back to the community in more ways than one. Along with providing a welcome gathering space, Yoakum and Baidwan are working to provide a positive working environment for those who may not have had much support in the past, which prompted the Urban Peak partnership.

"We're trying to really help youth out of the foster system and show them light at the end of the tunnel," Baidwan notes. "We train youth to show them, okay, this is how it’s done, this is what hospitality is. ... You've got to take care of your guests and be truly caring so they feel at home." So far, two young people from Urban Peak have become employees at Lil Coffea Shop.

Keith's Coffee/Lil Coffea Shop is located at 2450 South Downing Street and is currently open 7 a.m. to 3 p.m. daily. Eventually, though, Yoakum plans to add late-night hours for open-mic nights and poetry slams. For more information, visit lilcofeashop.com.
KEEP WESTWORD FREE... Since we started Westword, it has been defined as the free, independent voice of Denver, and we'd like to keep it that way. With local media under siege, it's more important than ever for us to rally support behind funding our local journalism. You can help by participating in our "I Support" program, allowing us to keep offering readers access to our incisive coverage of local news, food and culture with no paywalls.
Make a one-time donation today for as little as $1.