Courtesy Locust Cider
Four-year-old Locust Cider already operates its original cidery in Woodinville, Washington, plus outposts in Seattle, Tacoma and Fort Worth, Texas.  But when founder Jason Spears and his brother, Patrick, were looking to open a fifth location, they knew it had to be in Colorado.  For number five, Spears chose Boulder. “Colorado was a priority and a no-brainer,” says Spears, who lived in Colorado for fifteen years and graduated from the Colorado School of Mines in Golden.

The new Locust Cider production facility and taproom will open at 5446 Conestoga Court sometime this summer. “It’s home to me," Spears adds. "We’re building our company where things are meaningful for us. We’re going where it matters.”

Cider production will be in clear view at the Boulder taproom.
Courtesy Locust Cider
While the business launched four years ago, producing cider in Washington with Washington-grown apples, it was only two years ago that Locust added its first taproom. That’s when Spears discovered the importance of having that human interaction. “It was super-meaningful to build awesome customer connections,” he notes.

Spears is teaming up with Boulder business owners and friends Noah Westby and Tanya Bonino to build the Boulder location. “Colorado is arguably the home to craft beer,” he says. “What we do is parallel in how we develop flavors.”

He’s optimistic that Coloradans will appreciate his natural cider made with no artificial ingredients.

The taproom will have up to fifteen small-batch ciders on tap. Five core ciders will always be on tap, including Spears’s favorite, Original Dry. “It’s a super-simple, straightforward cider with hardly any residual sugar,” he says. The two most popular ciders are Vanilla Bean, which Spears says drinks like a cream soda, and Dark Cherry, made with Washington Bing cherries. The cider maker says this one is comparable to a dry, sour lambic. 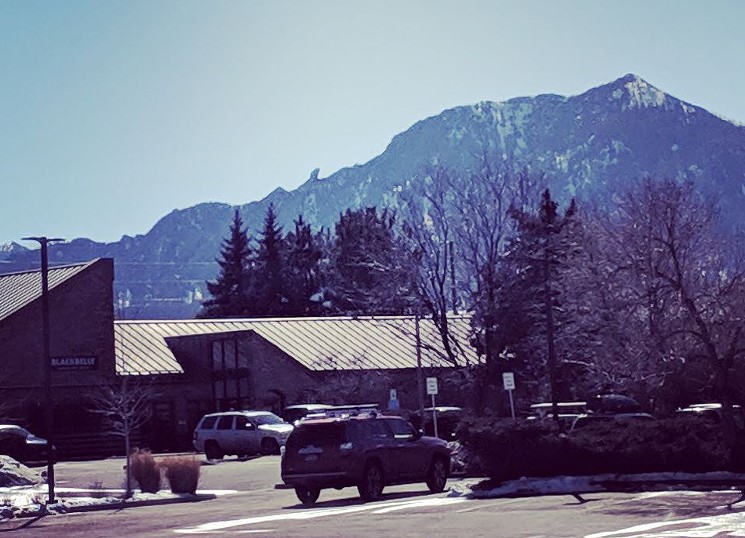 The view from the soon-to-open Locust Cider taproom.
Courtesy Locust Cider
Sweet Aged Apple and Honey Pear are also staples, and they accompany seasonal brews such as a rum-inspired Mojito cider and a strawberry-hibiscus cider. The cider sold in the Boulder taproom will be produced on site, using equipment on display to guests, and will highlight local ingredients such as peaches and honey whenever possible.

Spears decided to donate a portion of sales to the Hydrocephalus Association after his daughter Lucy was diagnosed with the condition. “As a parent, the worst thing in the world is to feel helpless,” he says. “This is my opportunity to do something, to try and raise money and help find a cure and improve the lives of those who have it.”
KEEP WESTWORD FREE... Since we started Westword, it has been defined as the free, independent voice of Denver, and we'd like to keep it that way. With local media under siege, it's more important than ever for us to rally support behind funding our local journalism. You can help by participating in our "I Support" program, allowing us to keep offering readers access to our incisive coverage of local news, food and culture with no paywalls.
Make a one-time donation today for as little as $1.
Kristen Kuchar is a Colorado writer covering craft beer, food and travel. For Westword, she explores vegan dining and the state's artisan beverages, such as cider and mead.
Follow:
Twitter: @KristenKuchar
Instagram: @kristen_kuchar/