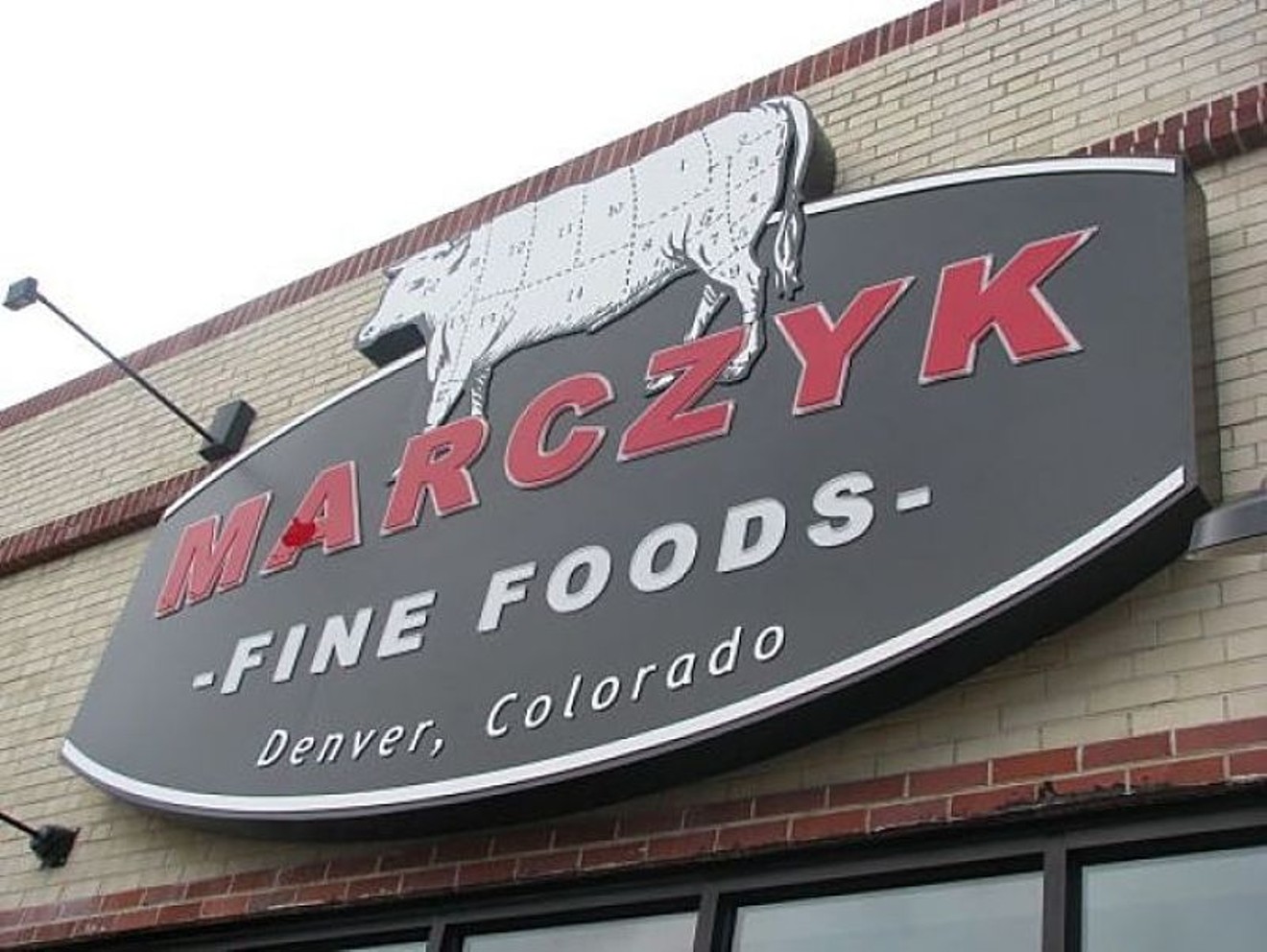 He's talking about the lease he just signed to open a new Marczyk Fine Foods in part of a former Safeway in the Happy Canyon Shopping Center at East Hampden Avenue and Happy Canyon Road. "Buzz Calkins, the new owner, came to us about three and a half months ago," Marczyk explains. "This is very quick for us, but we just felt so strongly about this location."

Location was key for the original Marczyk's, at 770 East 17th Avenue, as well as the second at 5100 East Colfax Avenue, which opened in 2011. Since then, the owners have been urged to consider numerous other spots, but the fit wasn't quite right; they also needed a commercial kitchen if the business was going to continue to grow. Happy Canyon fit all the location criteria, because while definitely in the southern part of Denver, it's still within Denver city limits, which Marczyk says is "a big deal, because the city has been an amazing partner in our growth." The future home of Marczyk's Happy Canyon store.
Westword
And that commercial kitchen is now in the works, too. While the original market includes a bakery kitchen that makes breads and other baked goods for both locations, the second has been creating all the prepared foods (soups, salads, entrees) for both stores. But Marczyk recently procured a commercial kitchen in North Park Hill that will have the capacity to make all the baked goods and prepared foods not just for the two existing locations, but also for the upcoming Happy Canyon market and a "small but robust" wholesale bread business; it will be up and running before the new market debuts. All of the food coming out of the commercial kitchen will be overseen by the company's culinary director, Jamey Fader, most recently of Lola and the Big Red F restaurant group.

"We've had to grow very carefully," Marcyzk explains. "There's a lot of risk in what we do; we can't go out there making mistakes."
click to enlarge 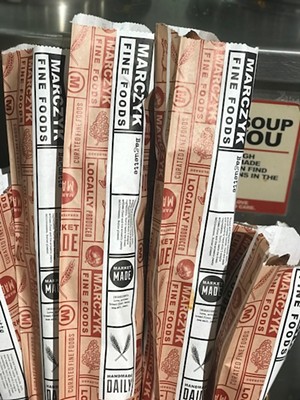 Housemade baguettes are among the many specialty items sold at Marczyk's.
Courtesy Marczyk Fine Foods

At about 5,000 square feet, the new Marczyk Fine Foods will cover a slightly smaller footprint than its older siblings, but the retail floor will be very similar in size and appearance to the originals, since no commercial kitchen will be on the premises. "There will be a substantially similar product mix," Marczyk adds, "but we adjust the mix according to each neighborhood."

“Marczyk is a brand that has earned a reputation throughout Denver and the Rocky Mountain region for quality, selection and service," Bradley "Buzz" Calkins said in a statement announcing the deal. "The neighborhoods around Happy Canyon have been clamoring for a specialty grocer, and Marczyk has always signified best in class. We couldn’t be happier having them join the exciting redevelopment that is taking place with Happy Canyon Shopping Center, and look forward to them being an anchor and gathering spot for the neighborhood for years to come.”

Calkins purchased the building earlier this year from receivership after the previous owner, Gary Dragul, was indicted on charges of securities fraud. The space at one point was slated to become a market hall concept with Tony's Meats and Market as its centerpiece, but those plans fell through after Dragul's indictment. Tyler Bray of Cushman & Wakefield represented Calkins in the deal with Marczyk, and Hayden Hirshfeld of Shames Makovsky represented Marczyk.

In the center, the market will join a roster of small businesses, some long-term tenants. "Honestly, for years we have been talking about how great it would be to be close to other small shops — as in sharing parking with," adds Macfarlane. "To be expanding into this neighborhood, which is well established and full of generations of families, fits us to a T."

Marczyk is targeting completion of the new market, with design by Tryba Architects and work by Sprung Construction, for the fourth quarter 2020.

We're guessing you can't wait that long to dig into something tasty from Marczyk, so stop by the East 17th Avenue store on Saturday, October 5, for a parking lot pig roast from 11:30 a.m. to 2 p.m. For $15.99, you'll get Niman Ranch pulled pork plus a cornbread muffin, baked beans, coleslaw, potato salad and a chocolate chunk cookie. That should fill you up until your next shopping spree.
KEEP WESTWORD FREE... Since we started Westword, it has been defined as the free, independent voice of Denver, and we'd like to keep it that way. With local media under siege, it's more important than ever for us to rally support behind funding our local journalism. You can help by participating in our "I Support" program, allowing us to keep offering readers access to our incisive coverage of local news, food and culture with no paywalls.
Make a one-time donation today for as little as $1.