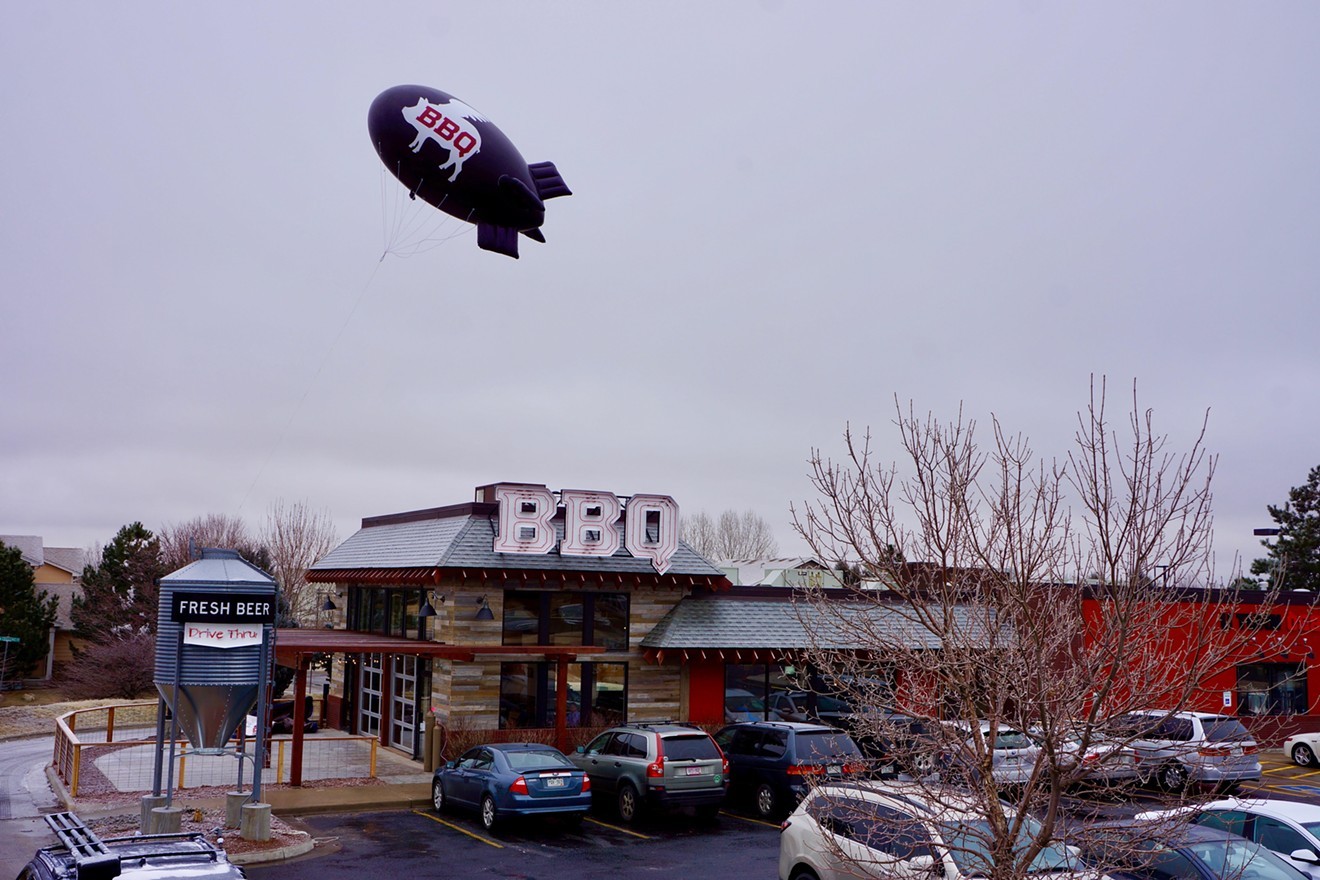 The former Uturn BBQ closed in 2019. Westword file photo
Most of the entrepreneurs who have opened breweries in Colorado spent a significant amount of time and energy beforehand looking for the right spot and the right way to break into the business.

For others, however, the brewery business came to them. That's what happened to longtime Colorado chef and restaurateur JW Lee when he bought a building at 599 Crossing Drive in Lafayette for his third location of the growing Korean fried chicken concept Mono Mono.

"When I purchased the property, I didn't know that it came with a brewery inside," he says with a laugh.

That system once belonged to Uturn BBQ, which took a somewhat novel approach to beer, selling it by the six-pack or the single can through a drive-thru window, where employees also dished out several styles of barbecue. Although Uturn closed in early 2019, after less than two years in business, its owners had renovated and retrofitted the building, a former Burger King, for their beer-making equipment. 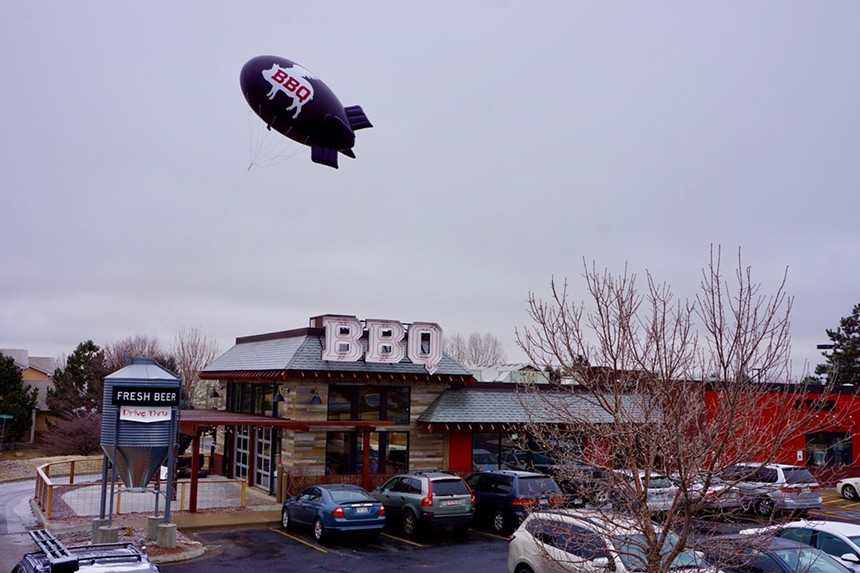 The former Uturn BBQ closed in 2019.
Westword file photo
Now it belongs to Lee, who owns Seoul Hospitality Group, a Denver-based company that has started more than twenty restaurants, including Menya, which serves Japanese-style cuisine at its three locations; Wasabi Sushi Bar in Lakewood; Seoul Korean BBQ & Hot Pot in Aurora; and Seoul ManDoo, an Aurora giant-dumpling spot that is getting a lot of attention from local food writers.

Mono Mono was actually started in New York City by another chef, but Lee has brought it to Denver with locations on Blake Street in LoDo and on Colfax Avenue in the Congress Park neighborhood. In addition to Korean fried chicken and crispy wings, the restaurants serve dishes like kimchi fries and bulgogi nachos.

But he might now, especially since Mono Mono itself was designed around the idea of serving the kinds of snacks and dishes that go hand in hand with Korean drinking culture.

Mono Mono is planning for a mid-January opening in Lafayette with its food and beverage menu. After that, Lee says he'd like to find someone in the brewing community to help him make his own beer.
KEEP WESTWORD FREE... Since we started Westword, it has been defined as the free, independent voice of Denver, and we'd like to keep it that way. With local media under siege, it's more important than ever for us to rally support behind funding our local journalism. You can help by participating in our "I Support" program, allowing us to keep offering readers access to our incisive coverage of local news, food and culture with no paywalls.
Make a one-time donation today for as little as $1.