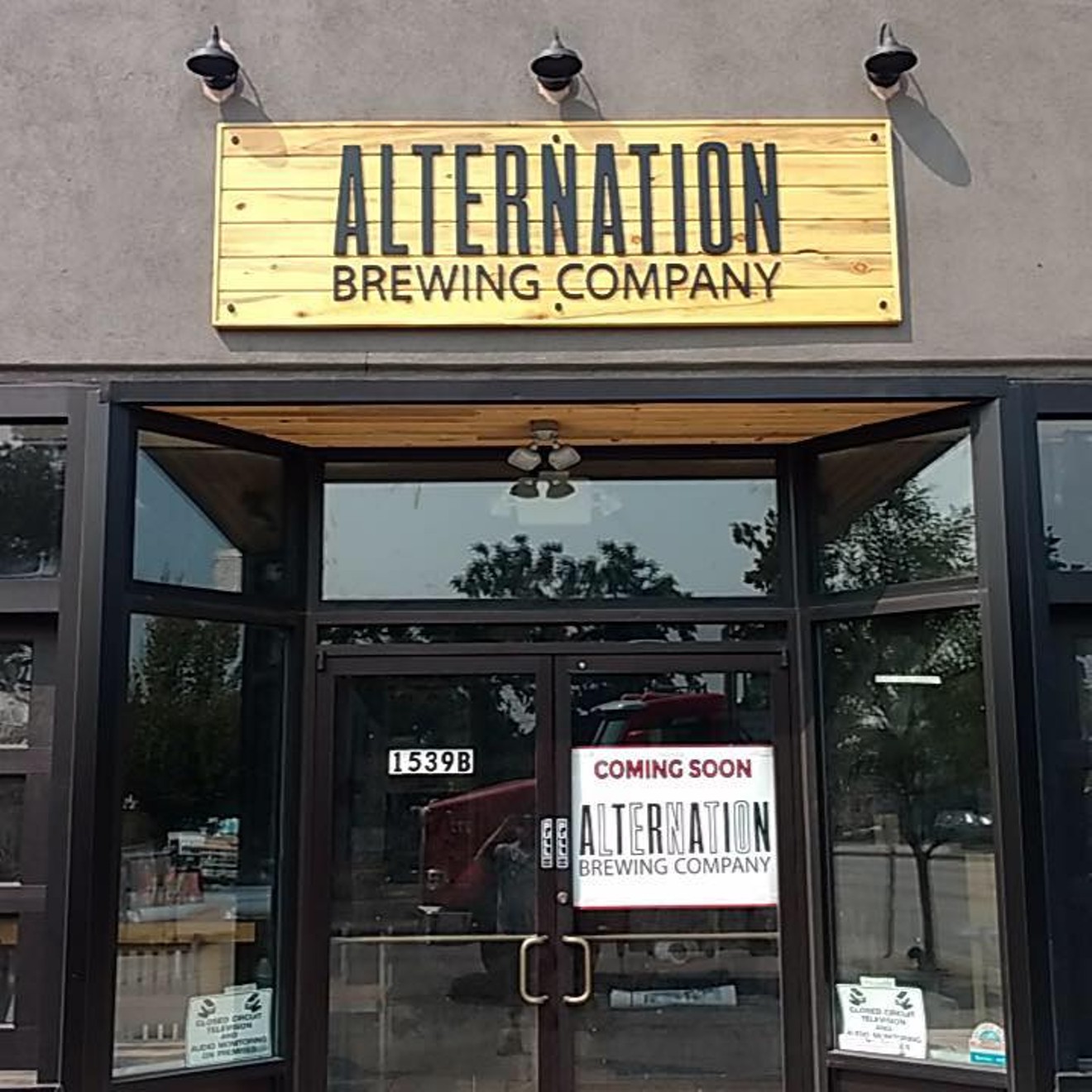 “This isn’t LoDo or even River North. I like the grunge feel, so I hope the neighborhood doesn’t change too much,” says co-founder Brendan Pleskow. “We have a lot of reclaimed wood, pallet board. We are never going to be a squeaky-clean business. I think we suit the neighborhood well.”

Located in an oddly shaped space, Alternation, at 1539 South Broadway, has an 800-square-foot taproom in the front, then a walkway to the back, where there is more seating next to a three-barrel brewing system. In the spring, Pleskow and his wife, Jenn Sickels, plan to add a sizable patio.

Pleskow and Sickels chose a smaller system because it fits the idea of the brewery, which is to brew an ever-changing rotation of beers, from pilsners to hazy wheats, from funky sours to Belgian darks and an oak-aged imperial stout. That’s where they got the brewery’s name. 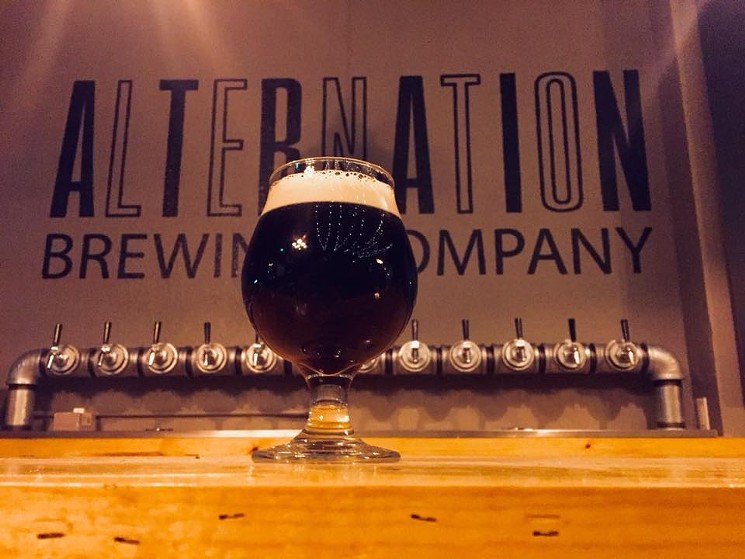 A Belgian dark will be on tap for the opening.
Alternation Brewing Facebook page
“We won't say that flagship beers are out of the question, but brewing the same thing over and over doesn't sound very fun,” Sickels says. Although the couple recognizes that there is some risk to changing things up all the time, they hope their customers enjoy the diversity. Pleskow, who will be the head brewer, already has one hundred or so recipes lined up for the first year.

For the opening, Alternation will have a mocha porter aged two months in Breckenridge Distillery bourbon barrels; a 9.5 percent ABV imperial red brewed with Simcoe hops; a hazy IPA with Galaxy and Citra hops; a Belgian-style dark brewed with wit yeast with chocolate malt; a slightly tart farmhouse ale; and a saison made with chai tea.

Sickels and Pleskow, an accountant, moved to Denver seven years ago from Buffalo, New York. At the time, neither one was much of a beer drinker, but Pleskow was quickly taken by the craft-beer scene in Denver, and began home brewing and visiting breweries on a regular basis. "There was nothing like it in Buffalo — and there still isn't," he says. About a year and a half ago, the two got serious about starting their own business. They purchased the 2,000-square-foot former storefront last year and have been remodeling it ever since.

The brewery will open at noon on Saturday, December 9, and will have limited hours until the spring, when Pleskow hopes to stay open longer. Hours for now are Thursday and Friday from 4 to 10 p.m., Saturday from noon to 10 p.m. and Sunday from noon to 8 p.m.