New Beer Style: The Difference Between a Cold IPA and a Cold IPA Ursula Brewery
Consistency — the ability to make a quality beer over and over and over again — is one of the hallmarks of a good brewery. It's what keeps customers coming back, it's what wins awards, and many times, it's the envy of other breweries. But consistency can also be very boring, which is why the hops-malt-and-yeast artists behind brew kettles also love to mess around with new ideas and new ingredient combinations.

Messing around is how new styles are born. Hazy IPAs, brut IPAs, Italian-style pilsners, smoothie sours and pastry stouts all came about because somebody tried something new. Many would call these beers a testament to creativity and exploration. Others would call them ill-advised or even grotesque fads that threaten to do away with brewing traditions, along with that hard-earned quality and consistency.

But whatever you call it, the latest trend is the Cold IPA (and no, that doesn't mean an IPA served in a frosty mug). Cold IPAs incorporate a couple of different brewing threads. 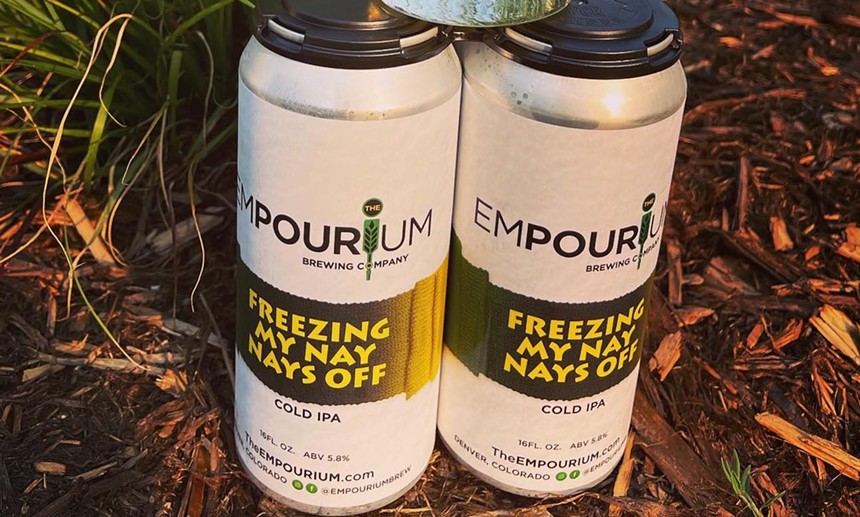 The Empourium Brewing Company
For starters, they are typically brewed with modern hop varieties that are sometimes added after the boiling wort has cooled down; known as dry-hopping, this can make the resulting beers much less bitter than their American-style or West Coast counterparts. However, other versions are brewed in the traditional manner, meaning they are just as bitter, if not more so, than a typical West Coast-style IPA.

The real separation point for Cold IPAs, however, is that they are brewed with lager yeast rather than ale yeast, which is what most IPAs are made with. But rather than letting the wort ferment at the cold temperatures that lager yeasts are usually used at, they are fermented at higher temperatures. The goal is to create a clear IPA that is also a bit more crisp and clean than a typical ale.

Brandon Proff, the co-founder of Our Mutual Friend Brewing in Denver, calls them “a mashup of the best characteristics of Pilsners and West Coast IPAs." Before OMF made its new Cold IPA, Dream Burner, the staff visited Wayfinder Brewing in Portland, Oregon, which is credited with inventing the style.

Wayfinder and a number of other breweries also use corn or rice in their Cold IPAs to give them body, but without making them too bitter, which Wayfinder's Kevin Davey says is "a hallmark of the style." 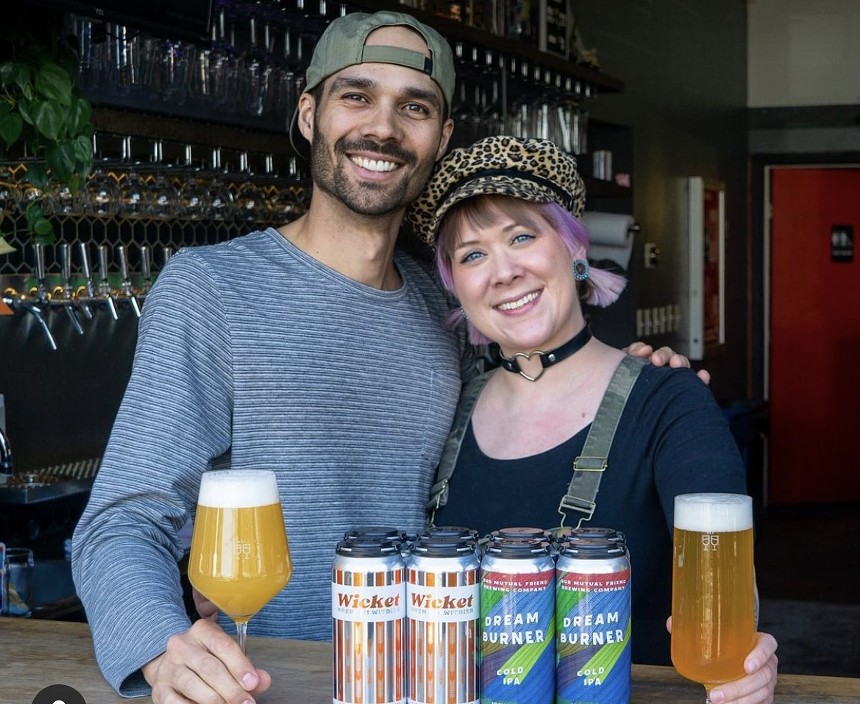 Our Mutual Friend Brewing
Are these beers that much different than traditional IPAs or even from the heavily hopped lagers known as IPLs? That is a matter of debate. In a note in which he talks about Collaboration Fest, which is coming up on April 2, Joyride Brewing co-founder Dave Bergen says there is a difference between IPLs and cold IPAs "in the sense that IPLs are IPAs that use lager yeast without changing much else, whereas cold IPAs have an emphasis on crispness, with Pilsner malt being used primarily.

"Not worlds apart, but they contrast enough to warrant different nomenclature," he adds. Joyride collabed with Westbound & Down Brewing on a cold IPA that will be at the festival and tapped at both breweries in the coming days. In fact, there will be at least four cold IPAs at Collaboration Fest.

And here are a few that are available right now in breweries or on liquor-store shelves: Our Mutual Friend Brewing's Dream Burner; Epic Brewing's Yelling at Clouds, brewed with Idaho 7 and Sabro hops; Station 26 Brewing's Swift Half Cold IPA, at 4.7 percent ABV; Denver Beer Co.'s Ugly Mittens; and Ursula Brewing's Background Process, made with Citra, Amarillo, Motueka and Chinook hops.
KEEP WESTWORD FREE... Since we started Westword, it has been defined as the free, independent voice of Denver, and we'd like to keep it that way. With local media under siege, it's more important than ever for us to rally support behind funding our local journalism. You can help by participating in our "I Support" program, allowing us to keep offering readers access to our incisive coverage of local news, food and culture with no paywalls.
Make a one-time donation today for as little as $1.