Every Restaurant Opening and Closing in October 2021 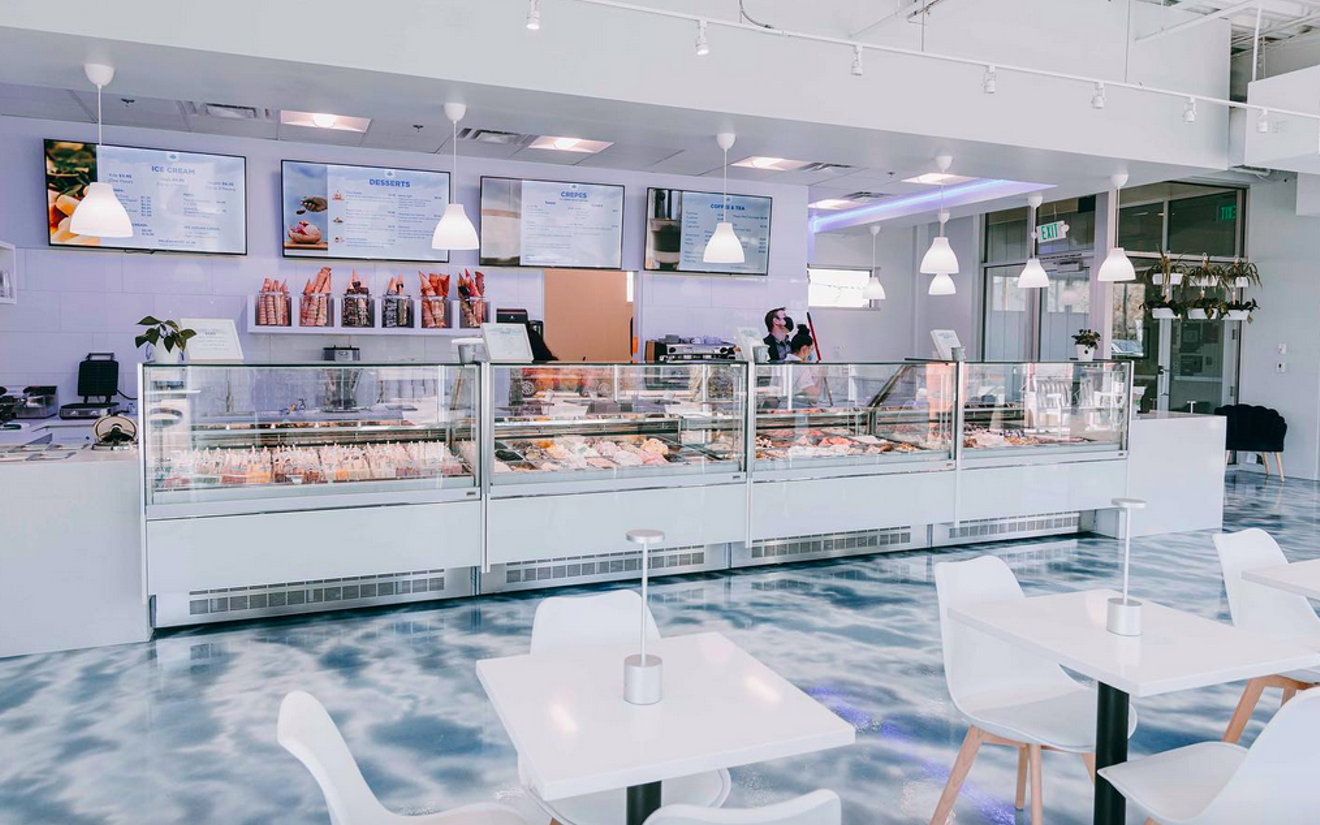 Heaven Creamery opened its fourth location in RiNo in October. Heaven Creamery/Facebook
From bars to barbecue, there was a lot of action in the dining scene in October. We reported twenty openings for the month, including the expansion of several brands. Smok, which got its start at the Source in 2018, debuted a second outpost in Fort Collins, while Crush Pizza added a wing-focused venture on East Colfax. Another pizza eatery, Denver Pizza Company, added a location in Wheat Ridge.

Brand-new additions to the dining scene include the much-anticipated Apple Blossom from Paul and Aileen Reilly, the brother-sister duo behind Coperta and the now-closed Beast + Bottle. Its opening inside the Hyatt Centric Downtown Denver marks the Reillys' return to the kind of seasonal, farm-to-table cooking that made Beast + Bottle one of the best restaurants in town for years.

Last month saw some shuffling of concepts, too, as Open moved out of American Bonded and took its sandwiches to Goosetown Tavern. Its former kitchen is now being used by T.S.R., which is serving up elevated street food in RiNo.

And though there's only one new bar to report, TrashHawk Tavern is a welcome, low-key addition to South Broadway, with nary a craft cocktail in sight. Instead, this spot focuses on being a neighborhood go-to with a casual atmosphere where you can grab a beer or a simple drink like a double vodka soda.


We clocked eight closures in October. Two pizza joints, Cosmo's and Pieology, shut down locations. Two Troy Guard concepts also said goodbye: Big Wave Taco, which lasted a year in Junction Food Hall, and TAG Burger Bar, which served the Congress Park neighborhood for over a decade. But Guard also reopened FNG in October; it has a refreshed menu and is one of several concepts that he hopes to focus on as part of his new growth plan for TAG Restaurant Group.

Here's the complete list of restaurants and bars opening and closing this month:

A rendering of the new Prost biergarten in Highlands Ranch.
LIV Studios/Prost Brewing

Restaurants and bars opening this month:*

Restaurants and bars reopening this month:*

Restaurants and bars closing this month:*