The bright and airy taproom, at 9505 West 44th Avenue in Wheat Ridge, features a sleek design, sixteen beers on tap, cocktails and an in-house truck out front called Social Dough, serving a wide selection of pies. Over the next few months, New Image will build out a patio before following up with a second, much larger outdoor space that could eventually include room for other vendors, including a coffee shop. 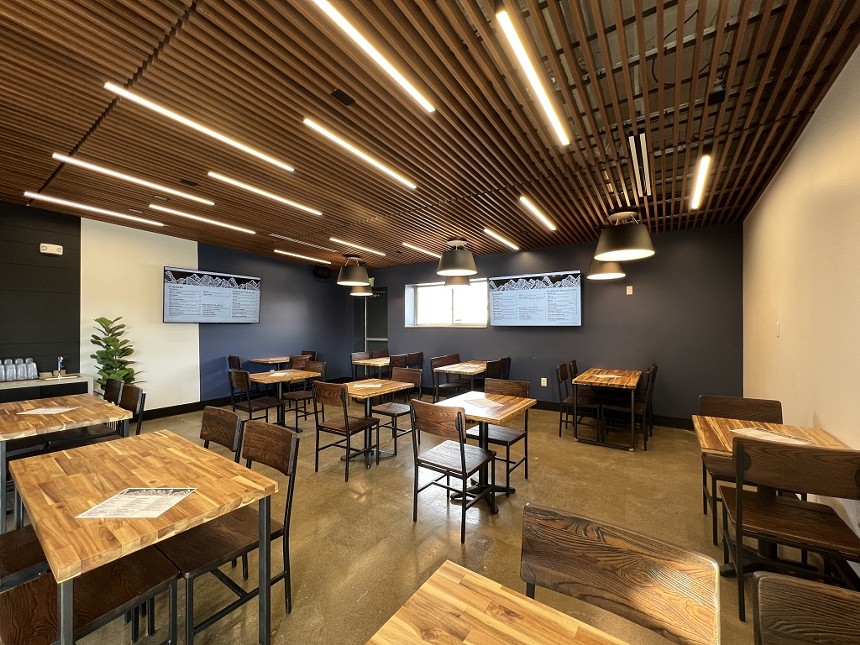 Sarah Cowell
Brewery partner and operations director Gavin Estes, who was working on the final details up until the last second, said the whole thing doesn't "quite seem real yet."

The new space is the culmination of a plan that began in 2017, when New Image leased a small space in the building for a canning line and then quickly took over more space for a production brewery to help keep up with demand for its beer at its original location in Olde Town Arvada and on store shelves. But New Image continued to grow, and at the very end of 2020, it was able to buy the entire 9,000-square-foot building. 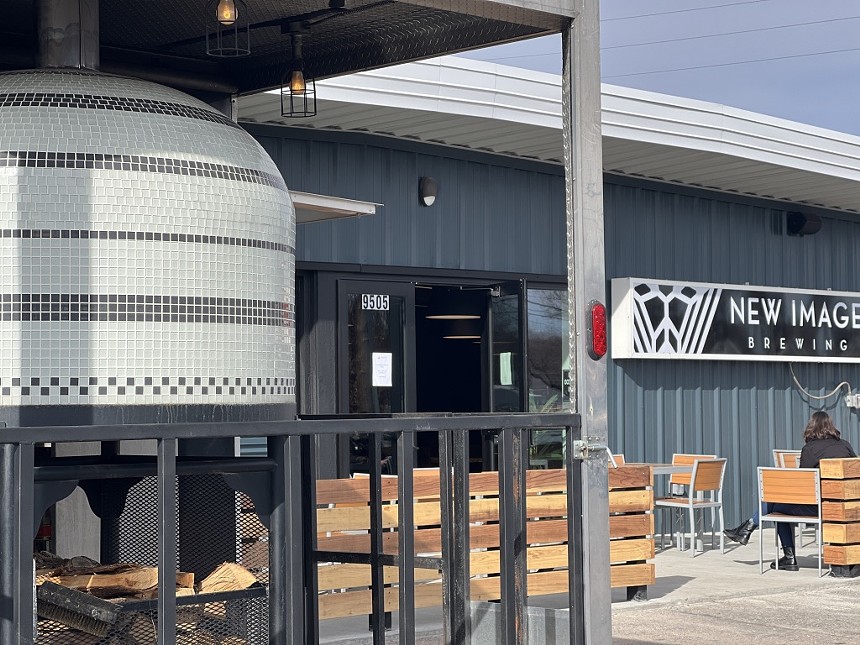 Sarah Cowell
The new taproom, which can hold about seventy people, belies the fact that there is a cavernous warehouse in the back that holds a four-vessel, twenty-barrel brewing system, numerous fermentation tanks, dozens of wooden barrels, thousands of aluminum cans and plenty of other equipment and supplies.

But it's the beer program in the front, directed by New Image founder Brandon Capps, that is the star of the show. The brewery is known primarily for its boundary-pushing New England-style hazy IPAs, double IPAs and triple IPAs, which are some of the best in the state. 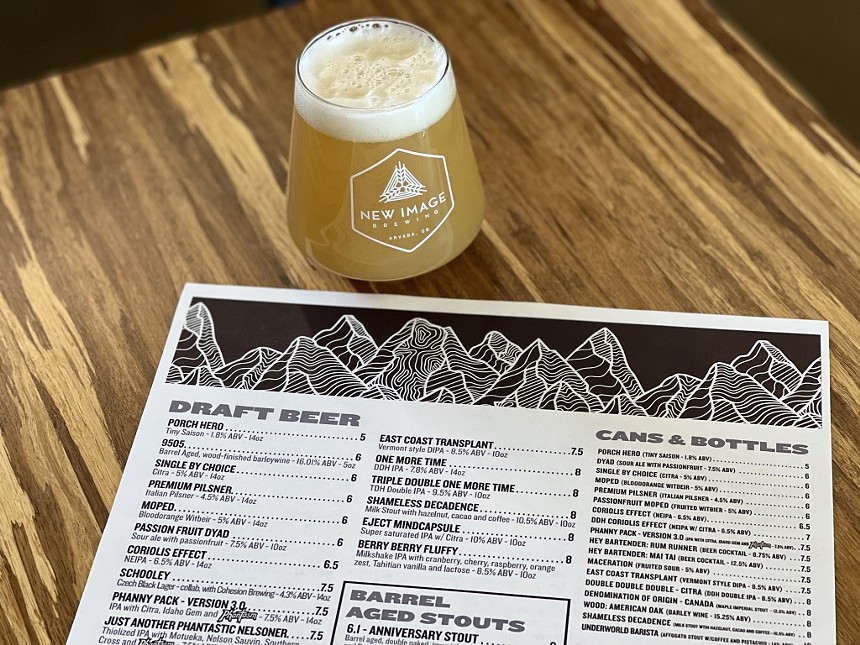 Sarah Cowell
Flagship beers include East Coast Transplant, Coriolis Effect and Double Double. But New Image also produces several series of heavily fruited sours, along with a smattering of lagers (including a recent collaboration with Cohesion Brewing) and other styles, like a saison and a witbier.

Then there are the barrel-aged stouts and barleywines, a passion of Capps's, including two different versions of an anniversary beer aged in rye and whiskey barrels. There is also a brand-new and extremely smooth 16 percent ABV barleywine named 9505 (after the building's address) that was aged in rye barrels for two years and then finished on Amburana wood. 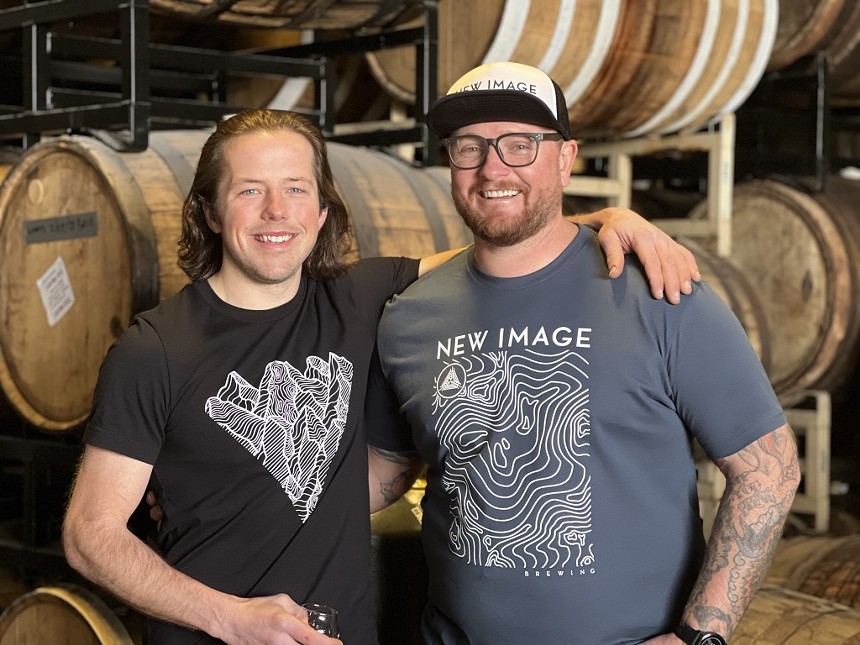 New Image founder Brandon Capps (left) and partner and operations director Gavin Estes.
Sarah Cowell
As for the pizzas, they can be ordered at the bar and include everything from a margherita and sausage and pepperoni to a Brie and fig pie, as well as one with smoked barbecue sauce.

The taproom officially opened at 11 a.m. on March 19 and will maintain regular hours Wednesday through Sunday from 11 a.m. to 10 p.m. Down the road, it will have hours seven days a week.
KEEP WESTWORD FREE... Since we started Westword, it has been defined as the free, independent voice of Denver, and we'd like to keep it that way. With local media under siege, it's more important than ever for us to rally support behind funding our local journalism. You can help by participating in our "I Support" program, allowing us to keep offering readers access to our incisive coverage of local news, food and culture with no paywalls.
Make a one-time donation today for as little as $1.