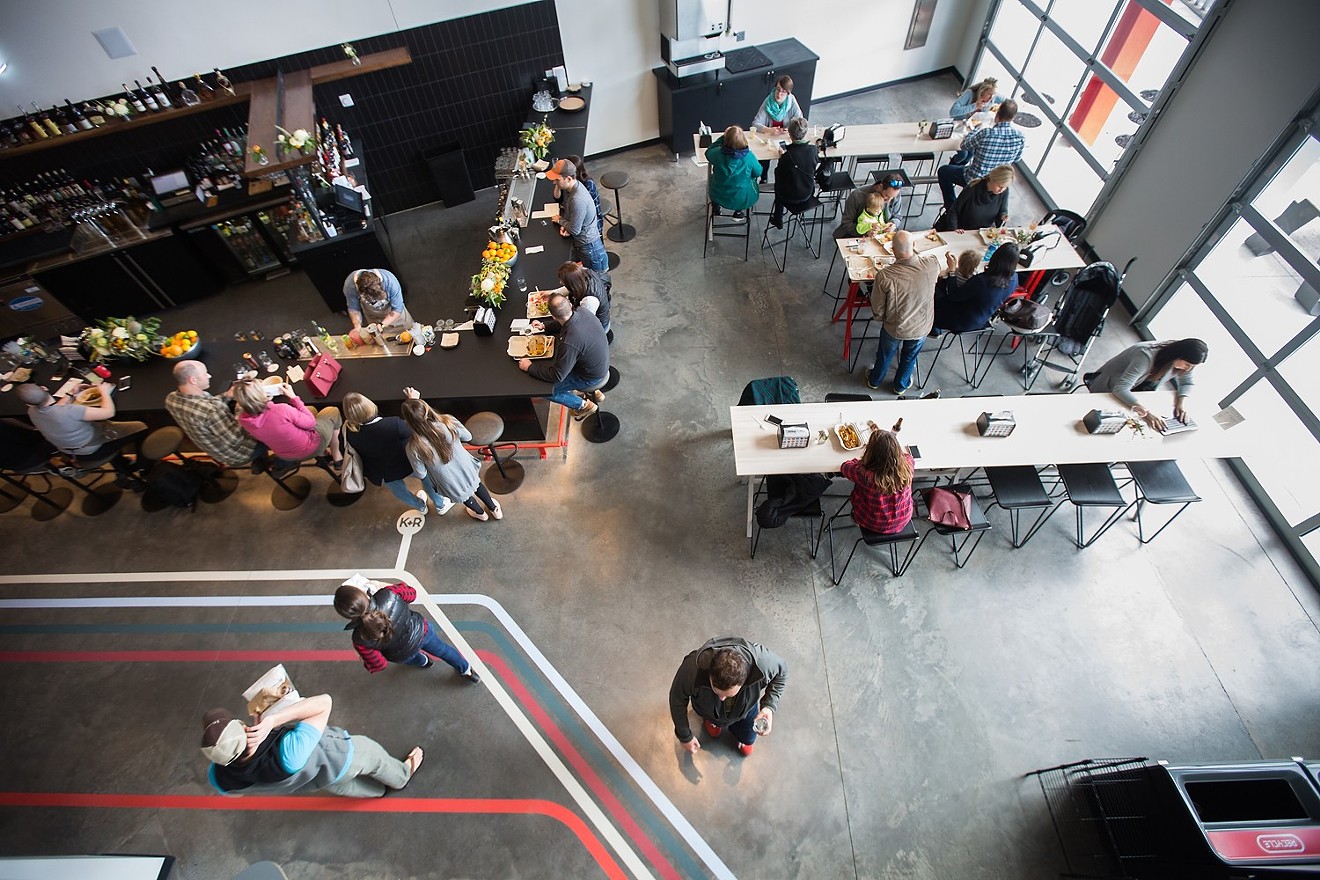 Norm's Deli is coming to Zeppelin Station. Danielle Lirette
Whether chef/restaurateur Jared Leonard calls his cured and smoked brisket "Montreal-style" or pastrami, the difference is more in perception than reality — but customer perception makes a difference. So beginning Monday, June 24, Leonard is swapping out the French-Canadian theme at his Zeppelin Station eatery, Au Feu, for something a little more familiar. The new concept, Norm's Deli, will hew closer to a traditional American deli, but the chef's delicious brisket will still be one of the stars.

"The Montreal-style brisket has been one of our best-executed but most misunderstood items," Leonard explains. "So I decided: Let's re-brand it, make it an American deli and lean into that food."

The main differences between Montreal-style brisket and pastrami are the spice blend used when the meat is cured, the type of wood and amount of smoke the brisket receives, and the serving style. Pastrami is generally shaved thin, while Montreal brisket is cut thick like traditional barbecue brisket. Leonard's no stranger to barbecue; he also runs AJ's Pit Bar-B-Q at 2180 South Delaware Street. So don't expect a change in the brisket, but now there will be other sandwiches and deli-style offerings — tuna salad, egg salad, sausage and peppers, smoked turkey, for example — to round out the menu.

One new item will be Hamburger Stan, which Leonard describes as "a double-patty, classic American griddled burger." There's something not quite traditional going on with the grind, though. Hamburger Stan's patties are made with a blend of brisket and smoked pork belly to give the burger the perfect meat-to-fat ratio. American cheese, house pickles and Dijonnaise top the double stack.

The changes come after more than a year of business for Zeppelin Station, where Leonard has noticed that lunch is busier than dinner. The chef also runs an outpost of his Budlong Hot Chicken eatery there, so he's been trying to dial in his offerings to what customers are hungry for. "The Brighton Boulevard side of RiNo is still trying to find its identity," he explains, adding that the growing number of offices along the corridor make for a steady but entirely different demographic than the more nightlife-oriented Larimer Street.

Leonard, meantime, is expanding his Denver presence with a new project called Grabowski's, a Chicago tavern-style pizza place that will open inside the Source this summer.
KEEP WESTWORD FREE... Since we started Westword, it has been defined as the free, independent voice of Denver, and we'd like to keep it that way. With local media under siege, it's more important than ever for us to rally support behind funding our local journalism. You can help by participating in our "I Support" program, allowing us to keep offering readers access to our incisive coverage of local news, food and culture with no paywalls.
Make a one-time donation today for as little as $1.