New York bagels have arrived on The Hill. From the Hip Photos
Joshua Pollack, a New Jersey native who attended college at the University of Colorado Boulder, is finally bringing his New York bagels to the city that sparked the idea for Rosenberg’s Bagels & Delicatessen. “Everything is coming full circle,” says Pollack. “It feels like it was destiny.”

When he was a student in Boulder, Pollack searched for his favorite East Coast delicacy: bagels. Disappointed with the offerings in Colorado, he decided that he would fill the void one day if no one else stepped up.

Pollack opened the original Rosenberg’s location in Five Points in 2014, going so far as re-creating New York water in Denver by adjusting the minerals that affect the strength of gluten to get the product up to his standards. Today, Pollack’s Bridge & Tunnel Restaurant Group has four other concepts — Famous Original J’s Pizza, Lou’s Italian Specialties, Rosenberg’s Kosher and Sherry's Soda Shoppe — along with three Rosenberg’s locations, including the newest, on University Hill at 1262 College Avenue in Boulder, which opens today, May 25.

Pollack says he hopes his customers feel as though “they’ve walked into their grandparents’ home” when they visit the new location. The building opened in 1950 as the Flatiron Theater and held retail spaces before Rosenberg’s moved in. Inside, the walls and floors are decorated with Art Deco designs, the floors are covered in vintage blue-and-white tile, and chandeliers hang from the tin ceiling.

Rosenberg's owner Joshua Pollack.
From the Hip Photos
Although this spot's staff is composed mostly of college kids with little cooking, baking or bartending experience, Pollack and his managers are excited about their team and can already see the personalities working well together. "At the heart of it, your business is only as good as the people you have to run it," Pollack explains. "We are all about culture and building a family environment. That is the reason we've been able to grow.”

Like the Stanley Marketplace location in Aurora, Rosenberg’s in Boulder will be open Tuesday through Sunday from 6 a.m. to 3 p.m. and then switch over to the Rosenberg’s After Dark, or RAD, menu from 3 to 11 p.m. The RAD menu includes whole pies and slices from Famous Original J’s and sandwiches from Lou’s Italian Specialties. The Boulder location also has a full liquor license and stand-alone bar that will serve drinks like mimosas and an aperol spritz.

“To see how far we’ve come since the first twinkle in my eye on the Boulder campus,” Pollack says, “it is really so special.”

Rosenberg’s is located at 1262 College Avenue in Boulder. For hours, menus and other information for all Rosenberg’s locations, visit rosenbergsbagels.com
KEEP WESTWORD FREE... Since we started Westword, it has been defined as the free, independent voice of Denver, and we'd like to keep it that way. With local media under siege, it's more important than ever for us to rally support behind funding our local journalism. You can help by participating in our "I Support" program, allowing us to keep offering readers access to our incisive coverage of local news, food and culture with no paywalls.
Make a one-time donation today for as little as $1. 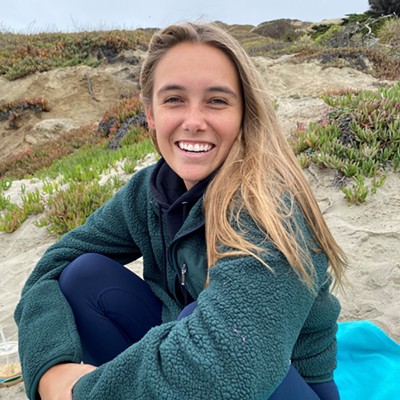