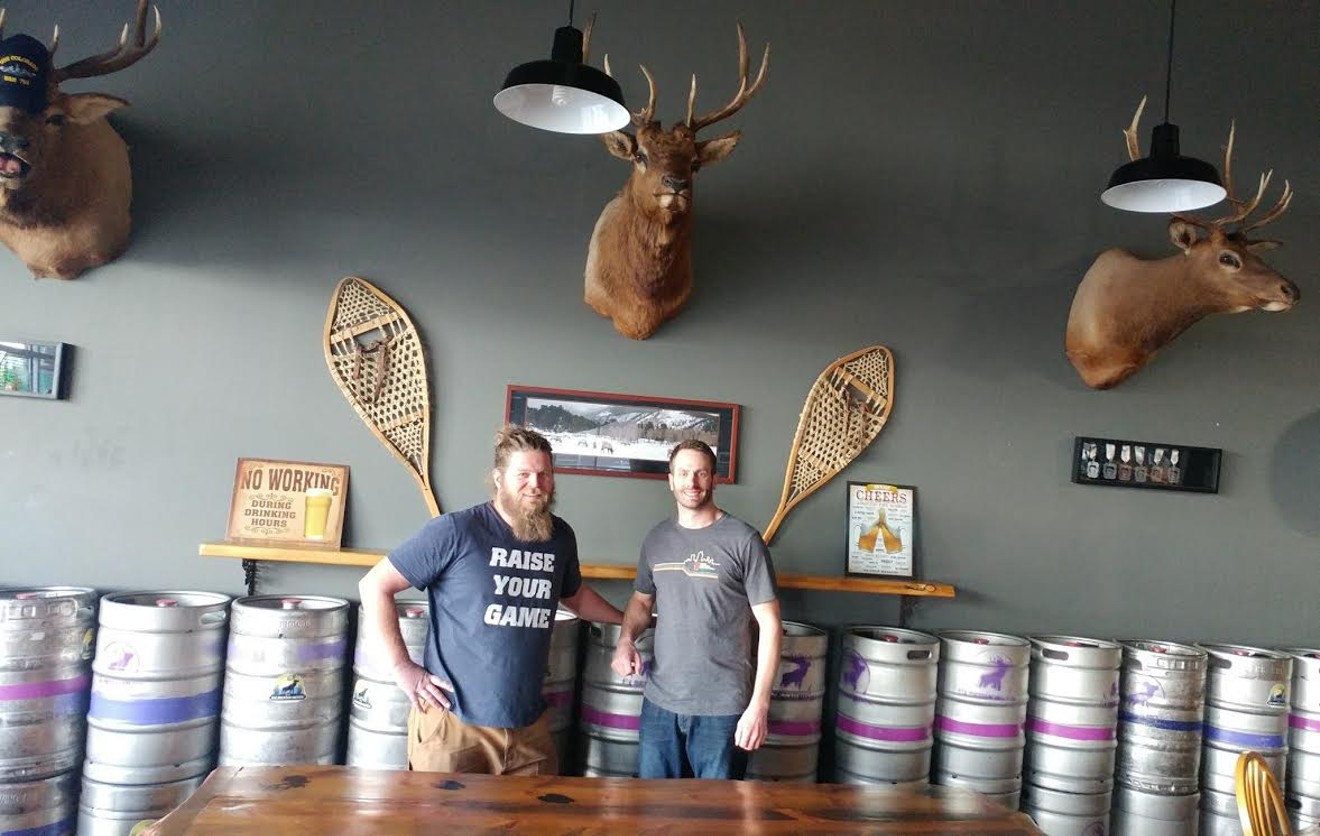 Doug Hyndman (left) and Jake Minturn will transition Elk Mountain Brewing into Downhill Brewing. Jake Minturn
This could be the most Colorado story you’ve ever heard.

Skier Jake Minturn was flying through the trees near Radical last winter at Arapahoe Basin when he emerged onto the High Divide Terrain Park and slammed directly into snowboarder Doug Hyndman, who was bombing the hill. “We took each other down. It was basically a yard sale,” says Minturn. “Neither of us was hurt, but we exchanged a few not-so-nice words.” Later, at the lodge, Minturn saw Hyndman again and apologized for his part in the collision. The two got to talking about beer since they were both wearing Colorado brewery apparel, and by the end of the day, they’d decided to open a brewery together.

But rather than start from scratch, Minturn, who has managed the taprooms at Joyride Brewing and Copper Kettle, and Hyndman, the former brewery operations director at Dry Dock in Aurora, have purchased Elk Mountain Brewing, which was founded in Parker almost seven years ago by Tom and Marcia Bell. The Bells put the brewery up for sale last fall so they could retire.

Minturn and Hyndman will keep the Elk Mountain name until the federal Tax and Trade Bureau approves their request to change it — in about six months or so. Then they'll change the name to Downhill Brewing, as a nod to the way they met on the slopes and to give the brewery a ski and snowboard theme.

"It's funny because I used to be able to walk there when I lived in Parker; Elk Mountain was the first brewery I was a regular at," Minturn says. The Bells connected with Hyndman because they knew each other from the industry. "They didn't want to hand their baby over to just anybody." 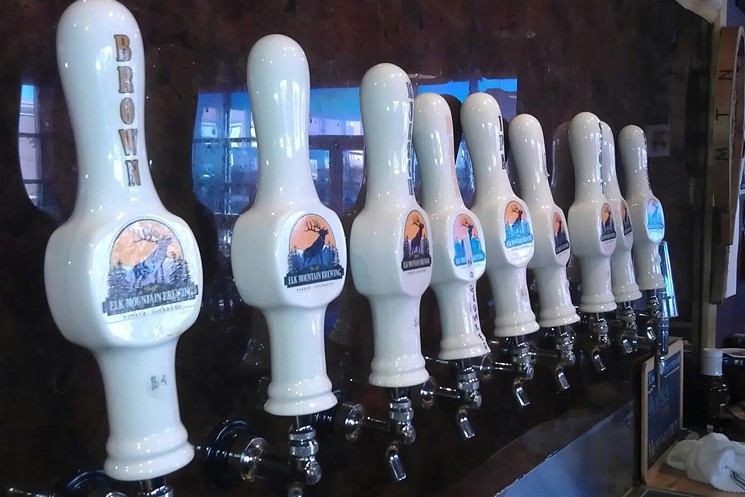 Elk Mountain Brewing
The sale, which becomes final this week, means the new owners won't have to start from scratch — something that usually takes eight months to more than a year. It also means that they can get started changing things around; the brewery currently looks like a hunting lodge, since Bell is a hunter, but Minturn says they plan to turn the place into more of a ski lodge. The elk heads on the walls will probably stay, he notes, though they might be adorned with ski goggles and hats.

Hyndman and Minturn will also add some TVs to continue the sports theme, redo the patio to make it more comfortable, and add a pizza oven. "Beer, sports, pizza," Minturn points out.

To pay homage to the Bells, though, Hyndman and Minturn incorporated an elk skull and antlers into their logo, which is being redesigned. "They laid the foundation here, and we're building on it," Minturn says.

"I'm moving to the next chapter of my life and think I made the right choice to take my dream to the next level," he tells Westword about Minturn and Hyndman. "They both have a great background and passion for brewing and serving the community. I am putting my dream in very good hands."

Since Hyndman has an extensive professional brewing background, he'll add new beers to the lineup while keeping a few old favorites, Minturn says. "We're going to see what sells and let our clientele tell us what they want. We'll probably do plenty of our own things, too, though."

The rebranding will probably go into effect sometime this summer — and then it will be all Downhill from there.