Parkside Eatery will open in Aurora this summer. Milander White
Monday mornings are tough, but this series isn't. Social Sightings is your quick look at interesting food tidbits that we've spotted recently. It goes down as easy as your first cup of coffee, and should whet your appetite for the week ahead.

How many food halls can the Denver area handle? The limit continues to be pushed, with two more opening soon. This time, though, they're in the suburbs.

Parkside Eatery is coming this summer to 14515 East Alameda Avenue in Aurora, in the same development where Halal Guys opened its first Colorado location last year. The food hall will include a central bar, communal seating area and five restaurant concepts: gluten-free bistro and bakery Gina’s Kitchen; Taco Choi, which started as a Korean barbecue food truck; Lucky Bird, a fried chicken spot that also has locations in Edgewater Marketplace and Silverthorne's Bluebird Market; and an ice cream concept that has yet to be named. Parkside currently has room to add one more local business to its lineup.
Instagram: @parksideeateryco 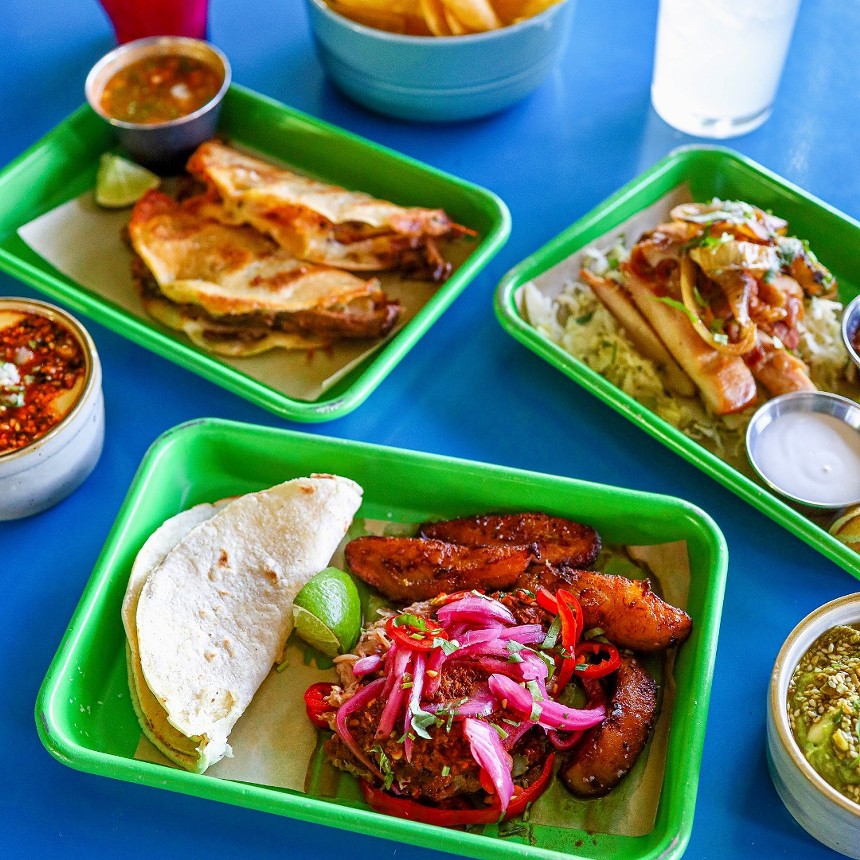 The long-awaited Freedom Street Social will open the doors to its 12,000-square-foot space at 15177 Candelas Parkway in Arvada in July, and recently announced the nine vendors that will be serving up eats when it welcomes guests for the first time. They include Chicago-born deep-dish pizza chain Giordano’s; Osito, a fast-casual version of RiNo's Mister Oso from chef Blake Edmunds; Sushi Kuro; chef Tajahi Cooke's BKFST Club; Lea Jane’s Hot Chicken; Johnny Good Burger; Balance Pan-Asian Grille, which will also have a dual bubble tea/wine bar; Jeremiah’s Italian Ice; and Pressed Coffee & Vinyl. Later, the food hall will add Cooke's Chef Kitchen, a residency program that will bring in month-long pop-ups.
Instagram: @freedomstreetsocial
KEEP WESTWORD FREE... Since we started Westword, it has been defined as the free, independent voice of Denver, and we'd like to keep it that way. With local media under siege, it's more important than ever for us to rally support behind funding our local journalism. You can help by participating in our "I Support" program, allowing us to keep offering readers access to our incisive coverage of local news, food and culture with no paywalls.
Make a one-time donation today for as little as $1.