Great Divide
Ah, spring. An optimist might point to the idea of renewal, the sweet-smelling buds on the trees around Colorado and the sound of birds chirping on patios. A pessimist might point out that climate change has left us with windy days devoid of moisture and an early fire season; that baseball has been marred by scandal, labor problems and the Rockies ownership; and that there's a threat of nuclear war in Ukraine.

A realist, however, understands that both sides can be true at the same time — and that sometimes a beer or two is needed to help us make sense of it all. And fruit beers are a perfect pairing for the season. Here are a few brand-new ones that are available now or hitting shelves soon.

Wild Raspberry Ale
Great Divide Brewing
Although Great Divide Brewing kept the name of one of its most famous beers from the past, the new version of Wild Raspberry Ale is different than the one that disappeared from shelves a decade ago. One of the differences? Well, as the brewery was experimenting with its final flavor profile, it submitted it to the judges at the Great American Beer Festival last fall — and took home a medal. Wild Raspberry Ale is a 4.8 percent ABV slightly sweet, slightly tart beer that is now available in six-packs year-round. Ska Brewing
Raspberry Blonde Ale
Ska Brewing
Raspberries get even more love from Durango-based Ska Brewing, which has put a twist on its classic True Blonde Ale — one of the brewery's oldest recipes — by adding raspberries, along with Cascade hops to "balance the zest of the fruit," the brewery says. The 5 percent ABV seasonal beer debuted at the beginning of March at the taproom and is now available statewide in six-packs. 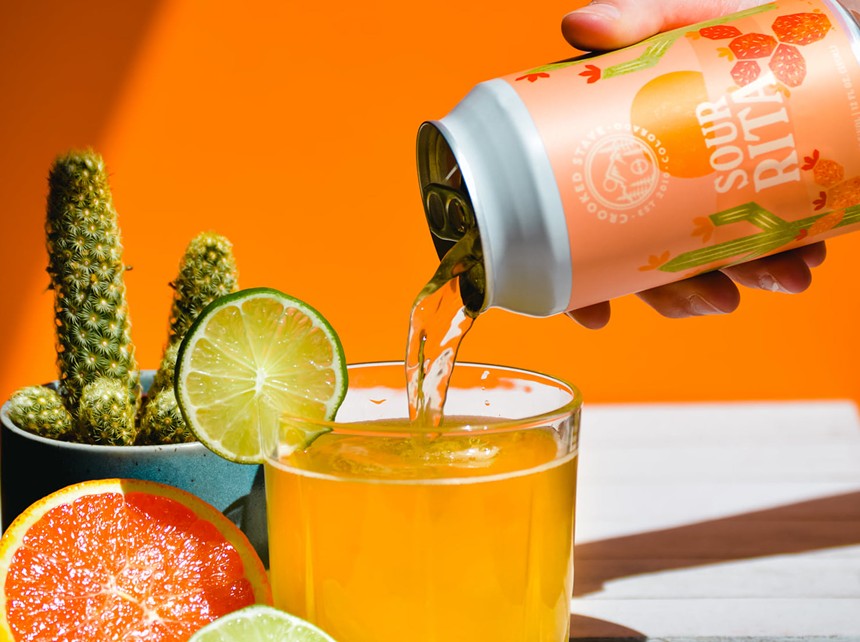 Crooked Stave
Sour Rita and Sassy Rita
Crooked Stave
"On a sweltering sunny day, it’s not easy to choose between a marg and a brew," says Crooked Stave, which is why the brewery has combined the flavors of both in two new fruity concoctions. Sour Rita, at 4.5 percent ABV, was brewed with lime salt and orange zest, while its counterpart, Sassy Rita, is a sour ale made with lime zest, orange zest and salt, and then aged in mezcal barrels. Both beers should be available in cans soon and on tap at Crooked Stave's Denver and Fort Collins taprooms.

Rindhouse: The Tangelo Saison Massacre
Diebolt Brewing
For this beer, Diebolt Brewing notched a few firsts when it comes to ingredients, including Mistral hops, a specific farmhouse yeast, and tangelo juice and rinds. The process was, apparently, a horror show: "We sawed the flesh off of tangelos and squeezed their juices into a vat of boiling wort. Then we preserved the flesh, baked it and let it soak back in the vat," the brewery says. "We also used farmhouse house yeast, because out there nobody could hear the screams. ... Full disclosure, it’s actually not at all frightening and a very approachable, refreshing saison." The 5.7 percent ABV beer will be available starting on Saturday, April 30, on draft and in sixteen-ounce cans to go.
KEEP WESTWORD FREE... Since we started Westword, it has been defined as the free, independent voice of Denver, and we'd like to keep it that way. With local media under siege, it's more important than ever for us to rally support behind funding our local journalism. You can help by participating in our "I Support" program, allowing us to keep offering readers access to our incisive coverage of local news, food and culture with no paywalls.
Make a one-time donation today for as little as $1.